A Second Amendment Spring Break, Part 6: On To Wyoming 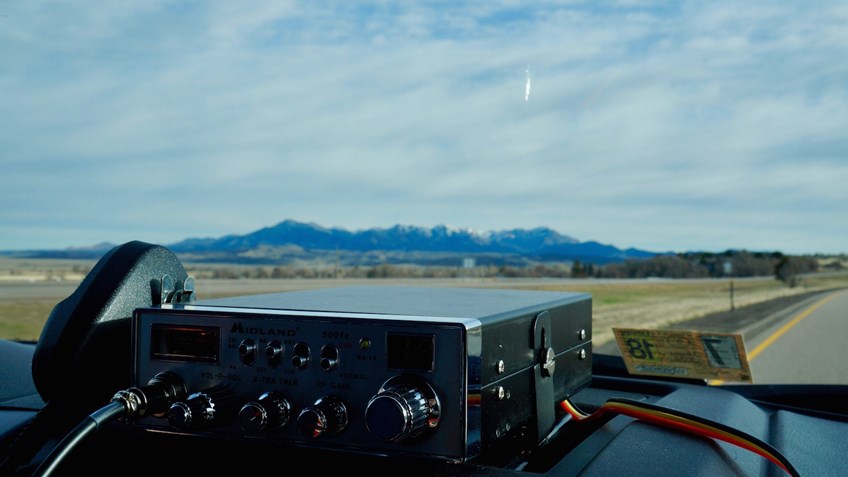 We got to the stop in Beaver, Utah later in the evening than expected, and decided that it wouldn’t be worth the time to set up the truck tent so we slept inside the cab. John bought a box of giant Cinnabons at the Flying J station, so we duct taped the box to the dashboard and turned the defroster on full-blast. In about 15 minutes, the Cinnabons were gooey and delicious -- a great sugar kick to wake up fast! 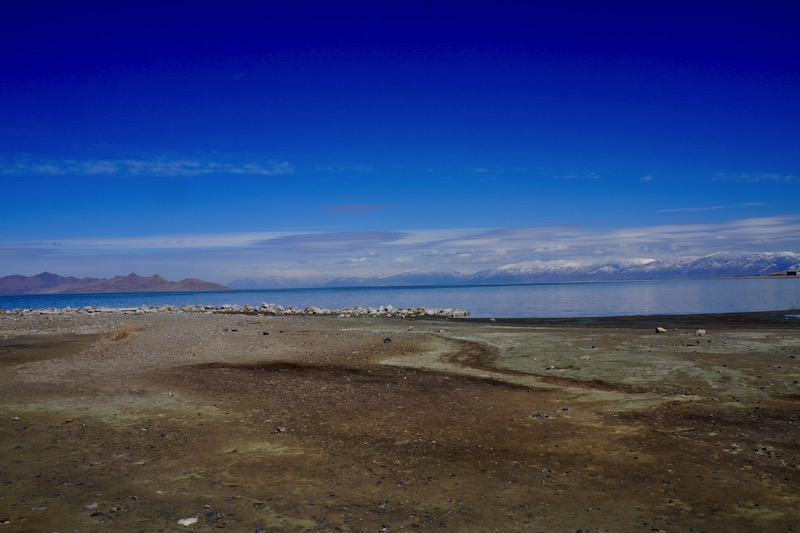 We got moving and quickly pulled into Ready Gunner in Salt Lake City. Anyone who follows TheManSpot on Instagram is familiar with Ready Gunner as the go to place for building ARs, and supplying all of your Second Amendment wants and needs! From Ready Gunner, we went to Salt Lake City to see the Great Salt Lake and to get some photos. It was incredible to see salt water so far inland, and we spent a good half hour there taking in the sight of the lake, and the mountains that so abruptly rose up around it. We stayed long enough to have sandwiches at the lake, and then got back on the road to Cheyenne. 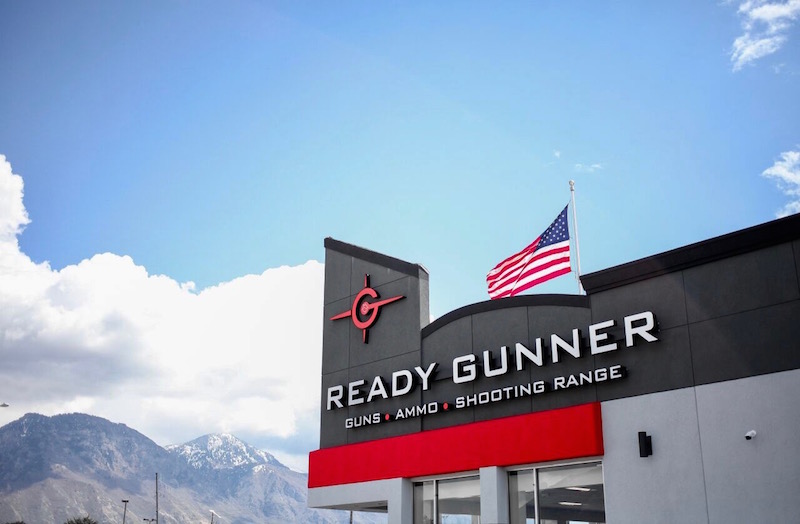 The rest of the day was spent taking pictures, and enjoying the open road through Wyoming. We had a smooth trip to our stopping point at the Warren Road Truck Parking on I-80. The wind was impressive -- it must’ve been at least 25 miles per hour ! We had to use the ratchet straps to keep the tarp taught over the frame. Once the tarp was secured, John set up the sleeping bags while I fired up the Coleman Stove and fried some Spam, hot dogs, and black beans. Pretty basic to list it out, but after a long day and an intense camp setup it sure tasted great! We hit the hay by 11:30 and went out like lights.

We got up at 6:30 a.m., and started on breakfast. We had eight eggs, hot dogs, and coffee for breakfast, then quickly struck camp and hit the road! The first large town we passed was Cheyenne, and it really seemed to have a frontier feeling to it. We continued through Douglas and Casper all the way to Cody. On the way to Cody, the highway entered a deep ravine, and we saw several crossing signs for bighorn sheep! That was really cool to see. The area I’m talking about was just south of Thermopolis, Wyoming. The landscape was so different and beautiful; we were both very taken with it. The highway followed along a river through this valley for quite a ways. 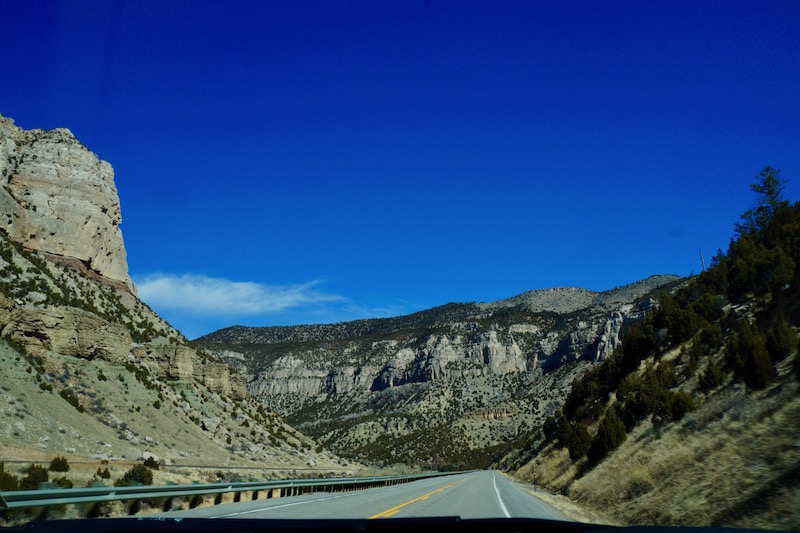 The target in Cody was the Buffalo Bill Center of the West, which houses the Cody Firearms Museum. If you like to feed your curiosity about how old or strange guns work, then you have to check out Ian McCollum’s channel on Youtube and Full30 called Forgotten Weapons. Ian has been to the Cody Firearms Museum to discuss and demonstrate function on some of the firearms that they have on display. The museum closes at 5 p.m. each day, and we arrived at 3 p.m. The admission fee will cover you for two days, and when we told the fellow who takes the admission what we were up to, and that we only had two hours to spend at the center, he gave us a generous deal on the cost which was very much appreciated. 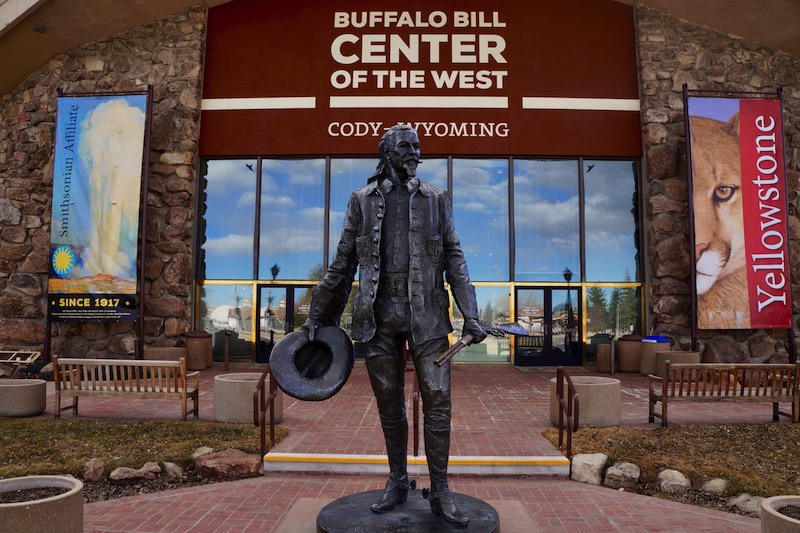 We then hit the road again with our sights trained on Keystone, South Dakota. On the way to South Dakota, we saw a big rig pulled over by four cruisers, and the driver was out of his truck and inside the back of one of the cruisers. This yielded some interesting chatter on the CB, but sadly little more information. Later on, maybe a half hour before sunset, we were nearly alone on the freeway but for a single blue cab semi. The CB came alive and a voice said, “Hey blue pickup, where’d you get that ‘Coexist’ sticker?” (referring to my NRA 'Coexist' sticker on the truck where the letters are designed featuring guns and ammo cartridges). I grabbed the mic and told him I got it at the NRA National Firearms Museum in Fairfax, Virginia. He chuckled and said he needed to go over and get himself one, before wishing us a safe trip. I returned the goodbye and we continued down the road. I didn’t think of it at the time, but I could actually get a sticker and send it to him. So driver, if you see this: please e-mail in and ask for my contact info, and I can help get you one of those stickers!