A Brief History of the NCAA Rifle Championship 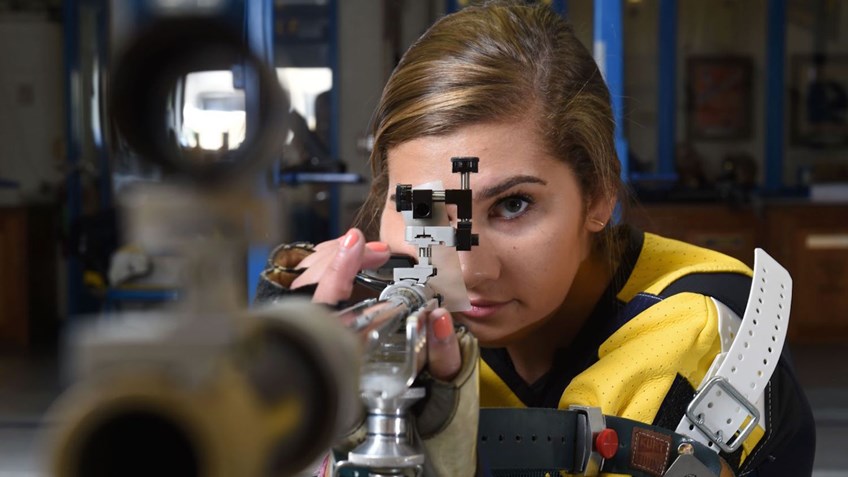 The NCAA Rifle Championship is just around the corner, scheduled for March 10 and 11 at The Ohio State University in Columbus, Ohio, where 48 of the nation’s best student-athletes in the shooting sports will convene to determine the head of the class in 2017.

The tournament features individual and team championships consisting of a two-day aggregate score from smallbore and air rifle shooting. This year, eight universities will field teams at the event, with 40 of the participants coming from those eight teams and eight additional individual qualifiers from other schools who were selected from their qualifying scores.

The NCAA Rifle Championship was established in 1980, and the first competition was held that year. The original three-position smallbore rifle and air rifle events from 1980 remain in place today. 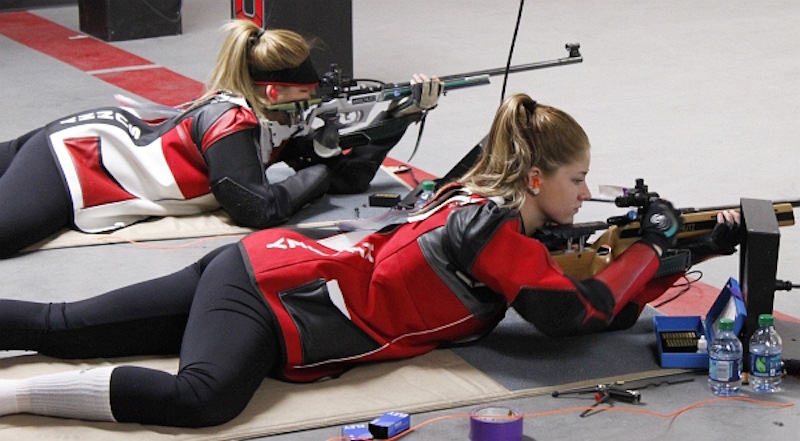 To be eligible to compete in the championship, an individual or team must represent an NCAA-affiliated school, and rifle must be officially recognized as a championship sport at that institution.

While NCAA rules define rifle as a men’s sport, it has been co-ed since 1980 when the championship was created. Schools may field up to three teams in any combination of men’s, women’s and co-ed squads, though most schools choose to field solely co-ed teams.

Since the dawn of the NCAA Rifle Championship, two schools have dominated the competition and filled their trophy cases: West Virginia University and the University of Alaska Fairbanks. With WVU’s 18 titles and UAF’s 10, the pair has won a combined 28 of the 37 total championships. 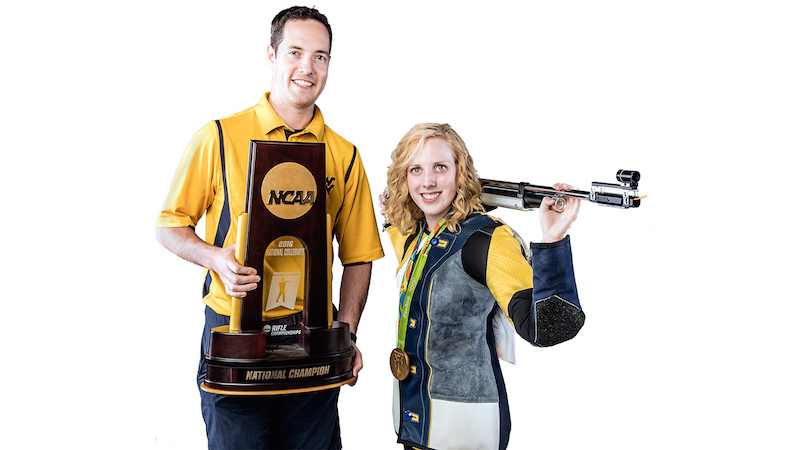 Of note, the Mountaineers of WVU have brought home the last four straight championships, most recently spearheaded in 2016 by Olympic gold medalist and shooting phenom Ginny Thrasher, who won the smallbore and air rifle events at last year’s championship in Akron, Ohio.

The Mountaineers return to the NCAA Rifle Championships this year to vie for a fifth consecutive title against a crowded field that includes perennial contender UAF, the hometown Buckeyes of Ohio State, and top-ranked rival TCU, while Lucas Kozeniesky of NC State and Amy Fister of Memphis will stake their claims as the top individual qualifiers in their respective categories. 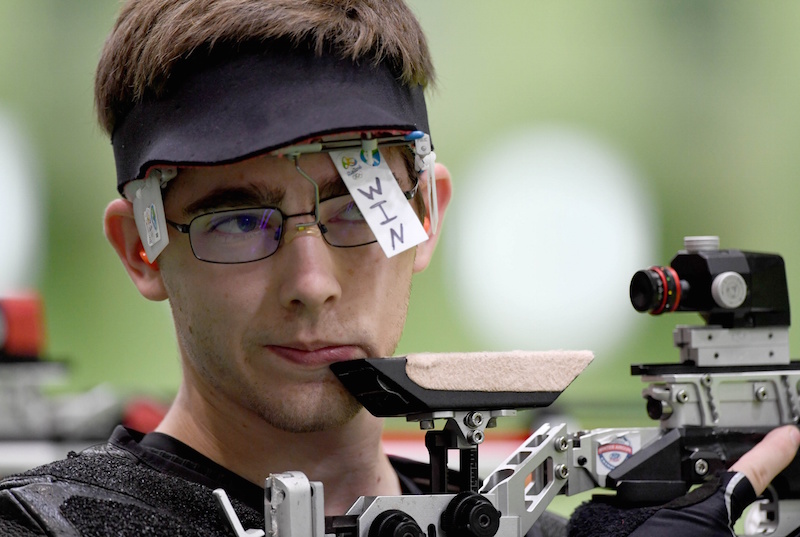 For more information about the NCAA Rifle Championship, visit the official website, and learn more about NRA’s Collegiate Shooting Programs at http://collegiate.nra.org.

Upcoming: Top 5 Teams to look for at this year’s NCAA Rifle Championships!