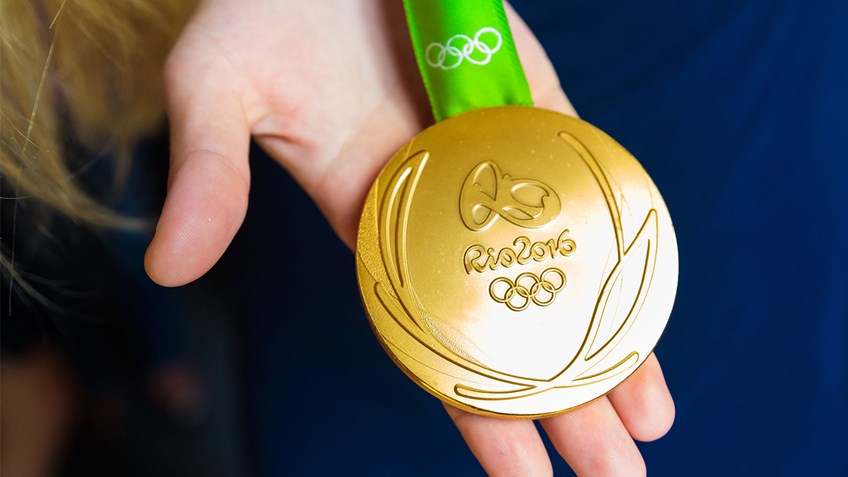 More
SUBSCRIBE
The evening before Thanksgiving, the proud community of Centreville, Virginia honored two of its own, Olympic Shooters Virginia “Ginny” Thrasher and Lucas Kozeniesky at the Arlington Fairfax Chapter of the Izaak Walton League of America (IWLA).

Both Ginny and Lucas are natives of the Northern Virginia area and grew up shooting at IWLA’s air rifle range. 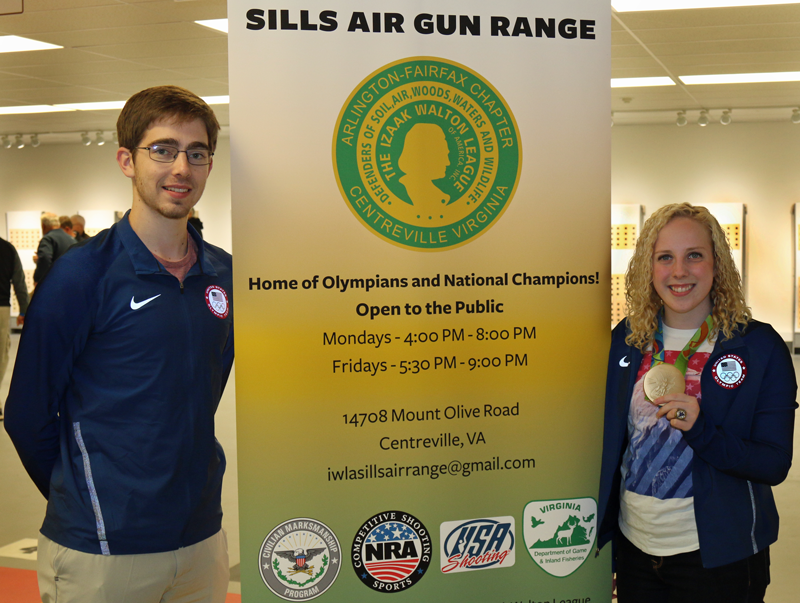 Lucas began shooting his freshmen year of high school and a year later, was off to USA Shooting’s National Junior Olympic Championships. He continued on to shoot on North Carolina State’s NCAA rifle team which helped his training and earned him a trip to the Word Championships with the Junior National Team. In 2016, he earned a spot on the USA Olympic Shooting Team and finished 21st in the Men’s 10m Air Rifle in Rio.

After winning five medals at the 2015 USA Shooting National Championships, Ginny was off to compete in her first collegiate season with West Virginia University’s rifle team. Three weeks before the 2016 Olympic Team Trials, she became the first freshman rifle shooter ever to win both individual titles in air rifle and smallbore.

It’s easy to see that both of these young Olympians have had tremendous success in their competitive shooting careers. To celebrate and recognize their accomplishments, IWLA hosted a dinner and award ceremony last Wednesday to express their appreciation.

“We are honoring them because they have brought honor to us,” explains IWLA Arlington Fairfax Chapter President Ernie Padgette. 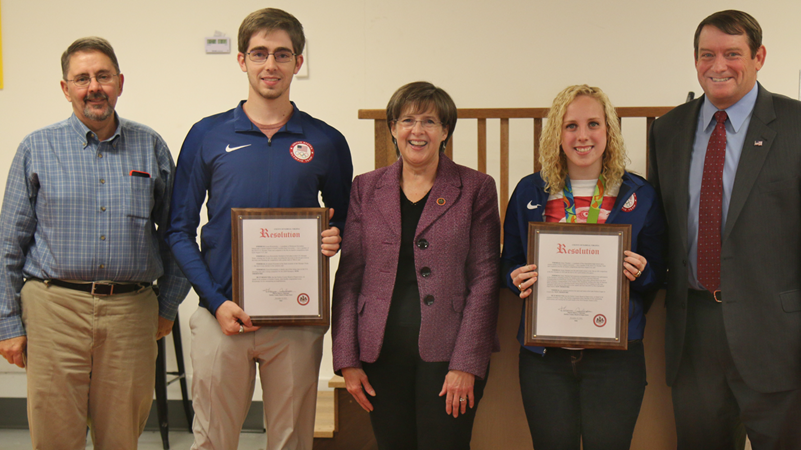 At the reception, Ginny and Lucas received a number of accolades. Representatives from IWLA presented them with unique challenge coins specially designed with a photo of the old air rifle range where they both learned to shoot, the NRA presented each Olympian with upgraded Endowment memberships, and the Fairfax County Board of Supervisors recognized both shooter’s accomplishments with an additional award.

"I am very excited and honored to be celebrated with my fellow Olympian Lucas by the Arlington Fairfax Izaak Walton League of America,” shares Ginny. “It’s where I first began shooting."

She continues to share how important it is to remember your roots and her earliest memories of precision shooting are all from IWLA. “They have always been supportive of my career and have given me and many others the resources needed to be successful. I would like to extend my thanks specifically to Bucky Sills and Oscar Starz for being the best coaches I could ever ask for during the four years I was at the IWLA."

It’s incredible to see how much of an impact a shooting club can have in the lives of two young and successful athletes. The training and support they each received is immeasurable and we can’t wait to see what the future holds for both of them.
IN THIS ARTICLE
Ginny Thrasher Olympics Competitive Shooting NRA Air Rifle
More
SUBSCRIBE