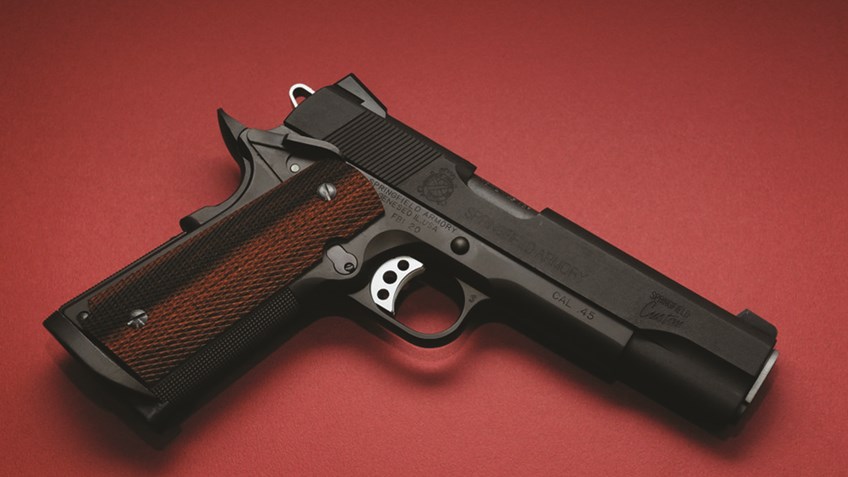 This article originally appeared on OutdoorHub.com and has been reprinted with permission.

Say you have an old gun you want to sell, or maybe you know someone who’s willing to sell you a firearm that you’ve wanted for ages—like perhaps the coveted Colt Anaconda or Marlin 336. How would you go about completing the transaction? Is there some sort of license you need to get, or somebody you need to clear with before exchanging firearms and money?

In general, people who make the occasional sale, exchange, or gifting of a firearm are not required to have a Federal Firearms License (FFL), which gun shop owners need, however, they are still required to know and abide by local, state, and federal laws.

There are many things to consider when dealing with private sales, and the first is if it is legal in your state. Not all states allow private sales, and some have certain restrictions that you should be aware of. For example, in California private sales must be completed through licensed firearm dealers. Connecticut requires the person making the transfer to get an authorization number before such sales can be completed, and forbids the transfer of long guns unless certain conditions are met. A number of other states have similar restrictions. It is also illegal to sell a firearm to a resident of another state without going through a dealer, and sellers cannot ship directly to (non-FFL) buyers in another state. Selling to convicted felons and any other prohibited purchaser is illegal as well.

To find out what laws your state has, you can visit www.nraila.org, which has a detailed state-by-state breakdown. Check out the sections under “Purchase.”

Private gun sales are widely supported by Second Amendment advocates, who view it as a bedrock principle in American gun ownership. It is also important to note that gun control groups widely oppose private transfers and in recent years have been pushing to either to bring them within the umbrella of “universal” background checks, or ban them outright. Gun rights groups such as the NRA have long fought these attempts on the basis that prohibiting private sales would greatly hinder the constitutional rights of gun owners, while not likely reducing crime. According to the NRA, most firearms used in crimes are obtained by theft; illegal, “off-paper” transactions; or straw purchasers.

For example, in 1991, California famously banned private sales of handguns in response to an escalation of drug-related crimes. However, experts say that the escalation of crime in the early 1990s was mostly accounted for by juveniles, who are already prohibited from buying or possessing handguns.

Private sales also account for only a small amount of gun purchases in the United States. However, if you want to sell that old rifle or perhaps add another firearm to your collection, it is not as complicated as it seems. Just make sure you understand the applicable laws.

To learn more about your state’s laws on private sales of firearms, visit www.nraila.org.

And stay tuned for the next part in our series on Buying and Selling a Firearm, Gun Shows.