Age is Only a Number 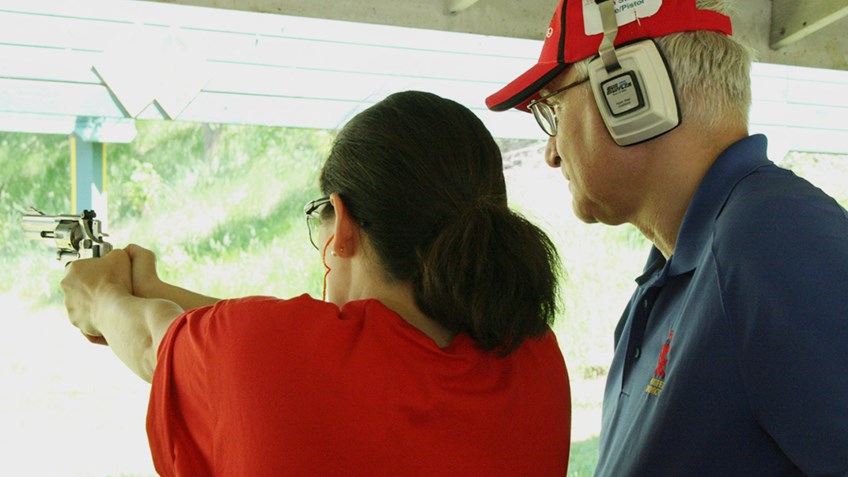 More
SUBSCRIBE
When she was a little girl, all Elissa wanted to be was a cowboy. "Don't you mean a cowgirl?" "No, they don't have any fun. I want to be a cowboy!"

She always had an interest in firearms, but grew up in a family of “city people,” as she calls them. No one in her family were outdoorsmen or had any experience with firearms. All Elissa could do was hope that one day, she’d have the opportunity to become a cowboy.

“When we [would take trips] to Ocean City, I played the arcade game where you shot a bear. I played until I ran out of nickels,” remembers Elissa. “I always wanted to shoot a gun, but had no opportunity.”

As Elissa got older, she always believed in the Second Amendment and appreciated the shooting sports, but just never got involved…. until now.

Elissa, now 75 years old, joined the conversation of the on-going gun-control debate last winter. She was disgusted by the anti-gunners who advocated to get rid of Second Amendment and desperately wanted to express her own opinions and support for gun rights. So what did she do? She jumped online and joined the National Rifle Association.

The past six months have been a revelation for Elissa. After becoming a NRA member, she took a trip to the NRA Headquarters in Fairfax, Virginia. As she explored the National Firearms Museum, she was shocked to find that other patrons and employees were not the typical white male “redneck” stereotype she had imagined. They were people of all races, genders, and backgrounds who shared a common belief, the Second Amendment.

During her visit, she met Bill Poole, Managing Director of NRA’s Education and Training Division. She explained to him that while she was a NRA member, she had never owned or even shot a gun. “I told him I'd like to learn…everyone should learn something new after they've reached 75!”
“I now have a different attitude about guns and gun ownership. I have a new respect for the NRA. And, I'm looking forward to enjoying my new hobby!”
Bill was fascinated by her story and stayed in touch with Elissa after her visit and sent her information about the NRA Basics of Pistol Shooting Course.

This course has recently launched in the blended learning format, offering students the opportunity to do so in the convenience of their own home, at their own pace. Phase 1 consists of the "classroom portion" of the course, which is to be completed online. Once students have passed Phase 1, they will then be able to schedule range time with a local instructor to complete Phase 2.

Elissa took Phase 1 of the course online, “It was very professionally done. I was impressed at its emphasis on safety and responsible gun ownership. The exam you must pass to move on to Phase 2 was comprehensive and difficult. It took me 4 tries, but I passed!”

She then traveled to a range in Pennsylvania to complete Phase 2 of the course. “Again, I was impressed with the professionalism of the instructors. They were patient with me. I learned a lot about guns and they made it fun.”

Now, Elissa is ready to purchase her first handgun. She plans on following the advice she’s received from other gun owners and will make her purchase from a local "Ma and Pa" store.

“I now have a different attitude about guns and gun ownership. I have a new respect for the NRA. And, I'm looking forward to enjoying my new hobby!”
IN THIS ARTICLE
Basics of Pistol Shooting NRA Courses Firearms Training
More
SUBSCRIBE