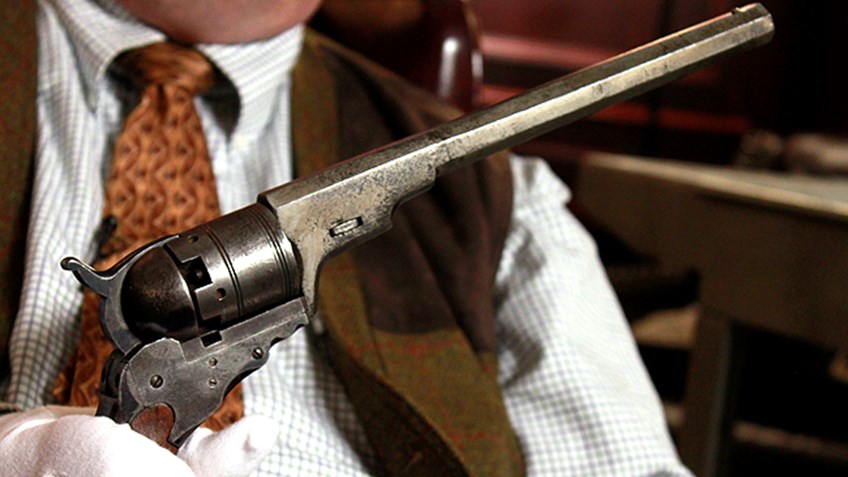 Fairfax, Virginia - To most casual viewers, the above pistol appears to be a Texas Belt Model Colt Patterson. There's the telltale long tailed barrel, the distinctive shape and an aging that suggest we're talking about a 170 year old gun here.

Now Paterson is the first firearm that Colt ever made. A very rare find on the open market. And the Texas Belt Model, given the history of the great state and the famed Texas Rangers, is even more rare. That makes this a very valuable gun — if it was real.

"If you took the barrel off, you would see one type of rifling at the beginning and another at the end. So not only did you waste your money on a fake but the firearm you purchased isn't even safe to shoot. A rip off on both accounts."

This particular Paterson arrived at the National Firearms Museum courtesy of Red Jackson.

Owner and operator of the Jackson Armory in Dallas, Jackson made a point of taking fakes of the market. Whenever one of these dodgy horse pistols made their way into Red's shop, he scooped them up and threw them in the back so no one would get swindled with a phony. 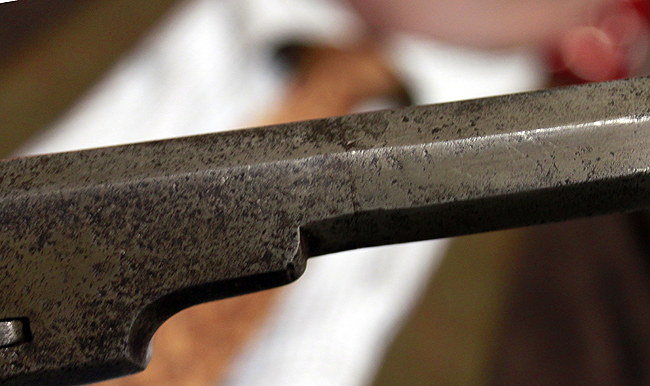 So how did we end up with the guns? Simple.

"Red donated his collection of fakes with the stipulation that the only way they could leave the museum was if they were destroyed. It was easy to say yes."

"This has what they call a stretch barrel," said National Firearms Museums Senior Curator Philip Schreier. "You can see a fine line, barely perceptible, where the barrel was stretch and rewelded.