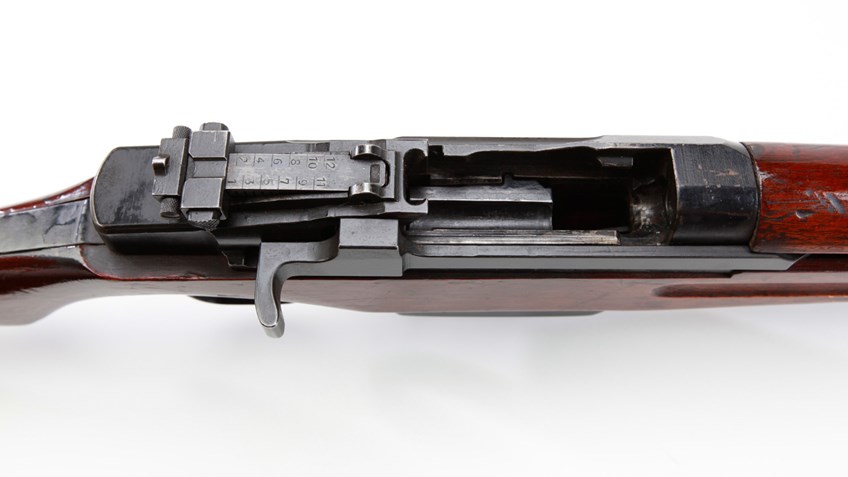 Members of the “greatest generation” fondly remember the .30-06 caliber semi-automatic rifle that they carried throughout the war or accompanied them from boot camp to battlefield. Some American soldiers can still recall the serial number of the M1 Garand rifle they were issued and carried across Europe or Pacific islands. But the American Garand, the M1 rifle, was such an incredible battle rifle that it was copied by another nation during WWII. We do not know if any actually made it into battle, but the Japanese Type 5 rifle was a direct copy of the American Garand. Question is, how did it come into existence?

Japan, like many of the nations of the world, had fought in the First World War primarily with bolt-action rifles. But the introduction of semi-automatic and selective-fire rifles towards the end of this conflict had spurred many nations into investigating a self-loading shoulder arm. The trials and travails that Japan’s neighbor, China, endured mirror Japan’s problems in creating a functioning design. China had taken the opportunity to send a delegation to America and have a gas-operated semi-automatic design created by General Qing Liu manufactured by Pratt & Whitney. During a consultation with American engineers at Springfield Armory in 1919, General Liu suffered a stroke, perhaps due to his rifle’s machinery and samples sinking en route home. While the machinery was subsequently salvaged, it was shuttled from warehouse to warehouse, never serving its original purpose without General Liu to direct its proper usage. 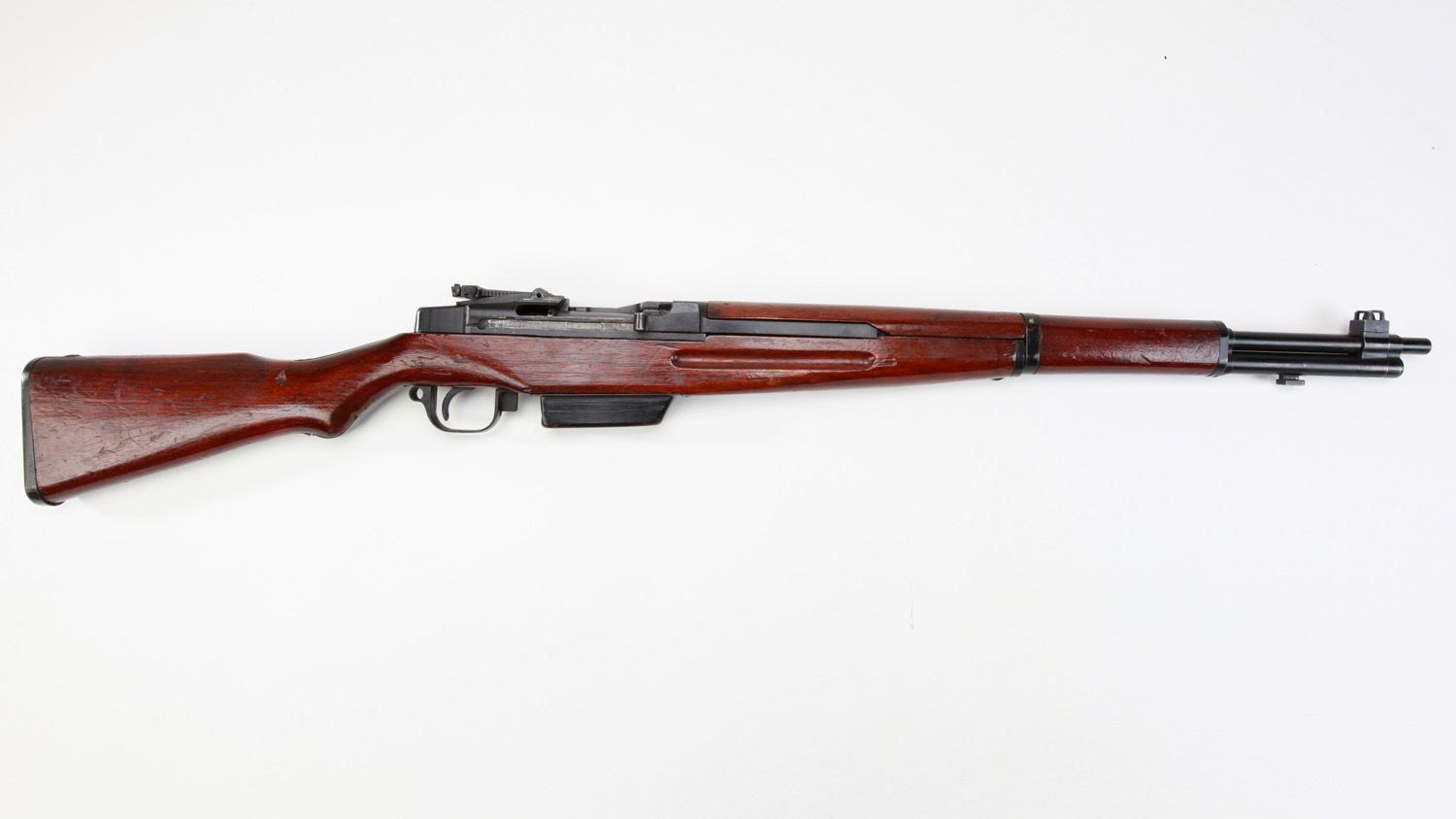 Japan elected to first have the Nambu Rifle Manufacturing Company create several gas-operated prototype rifles. But these prototypes faltered when compared with the Czech ZH-29 and the American Pedersen rifle in early trials. Eventually, the decision was made to continue with Tokyo Arsenal producing Pedersen copies and allow Nambu to proceed with developing a badly needed light machine gun design instead. The Pedersen concept utilized a toggle-link similar to the Luger pistol and also required special waxed cartridges for best functioning. Yet the costs to manufacture a Japanese copy of a Pedersen rifle were more than double what a standard bolt-action rifle required and as Japan fell into war with China in 1936, their semi-automatic rifle project was set aside. 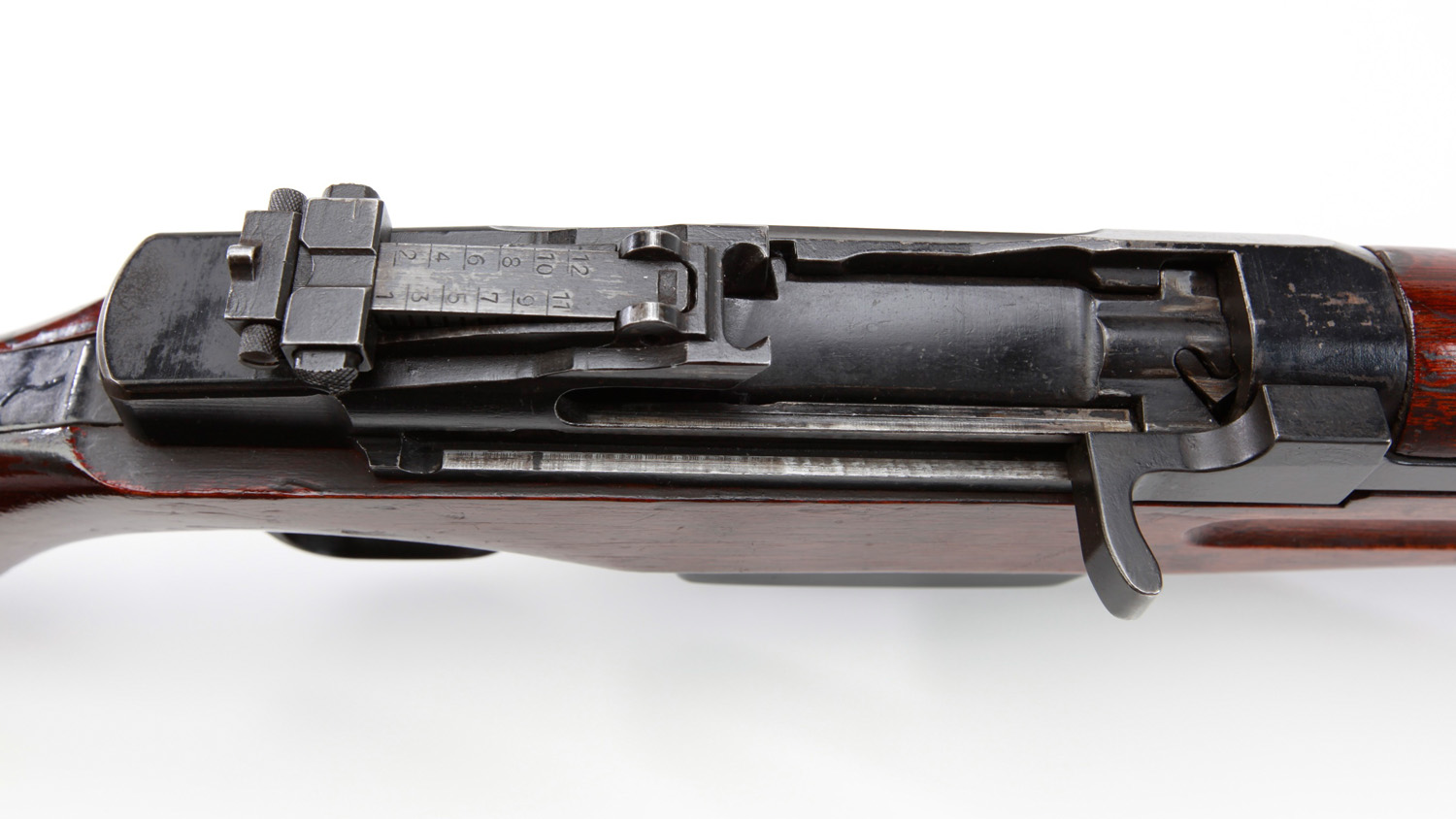 Still desiring to have a semi-automatic rifle in their military lineup, by 1944 Japan was now in possession of several captured US M1 Garand rifles, and testing began to determine if this design could be adapted to use the Japanese 7.7mm cartridge. While compatible with the Garand’s action, the 7.7mm cartridge did not want to work reliably with the Garand’s required enbloc clip. Japanese engineers at Yokosuka Naval Arsenal decided to, instead, convert the design to utilize a fixed magazine fed by stripper clips, also allowing a ten-shot capacity. Success led to the production of a close copy of the Garand rifle. Beginning with a limited run of about 250 part sets, each were only numbered with an assembly figure. As the war drew to a close, and resources were in ever-shortening supply, some of the parts sets were assembled, but only a small number of needed rifle stocks were available.

Those that could be assembled produced an intriguing rifle that relied on a typically Japanese tangent rear sight, graduated from 100 meters up to 1200 meters. Like most Japanese military rifles stocks, the Type 5 rifle has a buttstock built from two pieces of wood glued together. In a land where large trees are not common, this construction method was one way for Japan to make the most of their available resources. 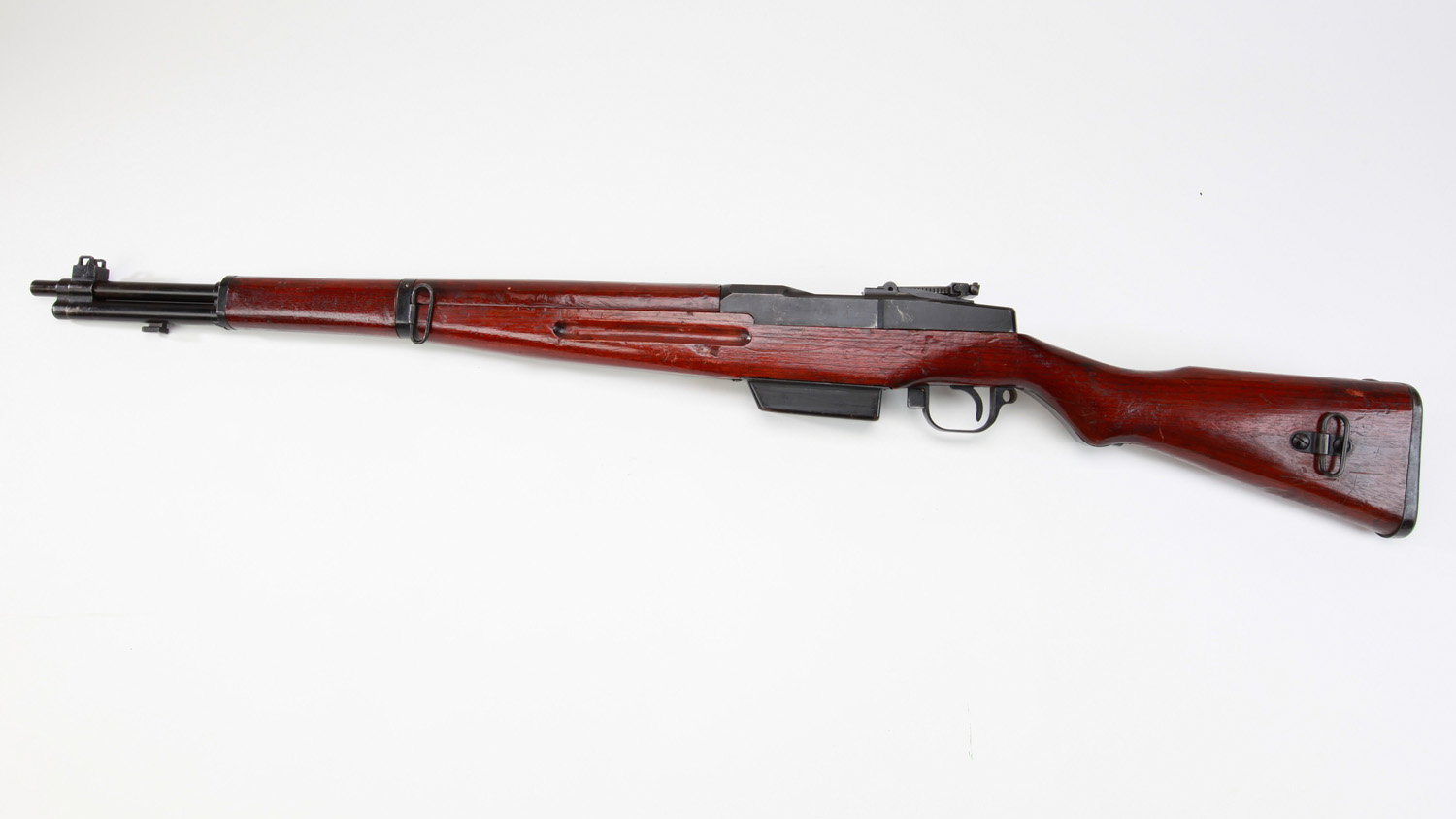 In profile, the Type 5 resembled the M1 Garand very closely, with only a slight magazine protrusion below the underside of the stock revealing the Type 5. About 125 of these rifles are estimated to have been completed by mid-1945.

Only a handful of these unusual semi-automatic rifles have survived and the NRA’s National Firearms Museum in Fairfax, Virginia is one place you can view an example on display in the WWII Axis Gallery.

RELATED
What The NRA Foundation has done for me, and what I have done to give back
Training
10 Reasons To Apply for Y.E.S. 2020
Events
2019 National NRA Foundation BBQ & Auction Preview
Events
Tune in for TV Tuesdays with NRA Museums!
History