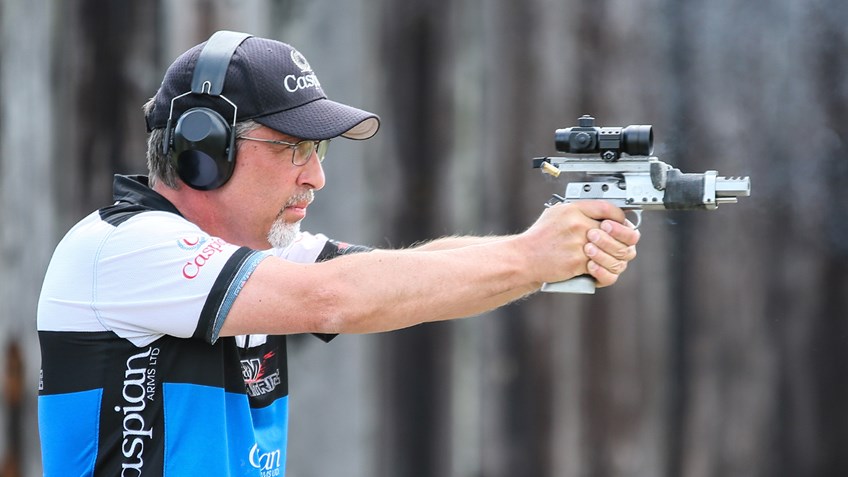 Bruce Piatt is no stranger to the NRA Bianchi Cup, and returns yet again to Missouri to pursue his sixth title in the 2017 tournament, which runs through May 27.

In a sporting universe that has seen monumental growth in recent years – the number of Americans participating in pistol target shooting increased nearly 75 percent from 2006 to 2015 – Piatt said the Bianchi Cup holds a special place in the annals of the sport’s history.

“In the early 1980s, there were only five matches for Action Pistol shooters to compete in, and the Bianchi Cup was one of those premier events,” he said.

The NRA Bianchi Cup was born when law enforcement officer, veteran and holster maker John Bianchi teamed with fellow shooters to build a discipline based on defensive shooting techniques. Pulling elements from the skills used in law enforcement and military applications, such as shooting from behind barricades, Bianchi developed the courses of fire as part training tool, part competition, bridging the gap between conventional shooting sports like those found at the National Matches and Camp Perry, and the emerging dynamic shooting found in practical shooting. 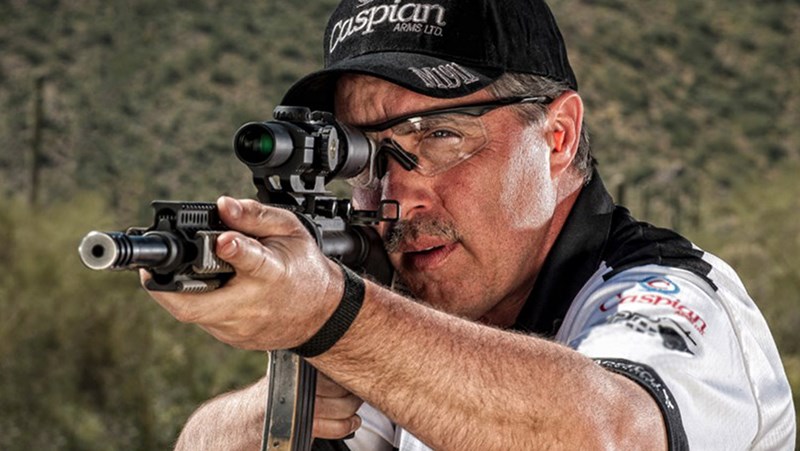 Piatt said he began his foray into competitive shooting in the 1980s. As a law enforcement officer, the NRA Action Pistol discipline was a perfect fit for the real-world skillset he may need to use in the field, and in the latter part of the decade he attended his first NRA Bianchi Cup.

“It was my first ‘big’ match,” he said. “Even then there was a great history behind it, and had become a must-go-to event.”

An officer in the small town of Montvale, New Jersey, Piatt said he used his vacation time each year to attend the Bianchi Cup, joking that he’d have done “anything to get out of work.” He hasn’t missed a Bianchi Cup match since. 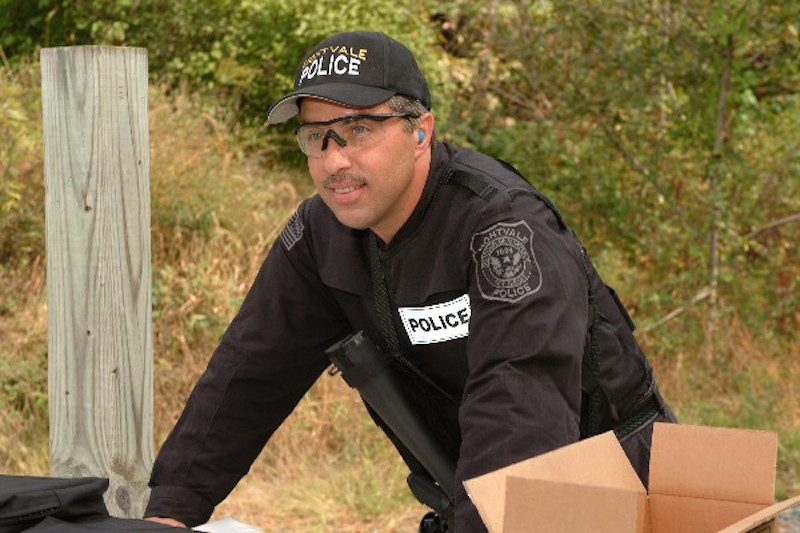 Bruce as an officer of the Montvale (N.J.) Police Department. (Photo courtesy/Bruce Piatt)

In 1993, Piatt married his wife Reyhan in the days leading up to the Bianchi Cup. The wedding must have been the perfect primer for the competition – he went on to win the coveted trophy that year, shooting a 1920-170X with his Caspian 1911 en route his first Cup victory. 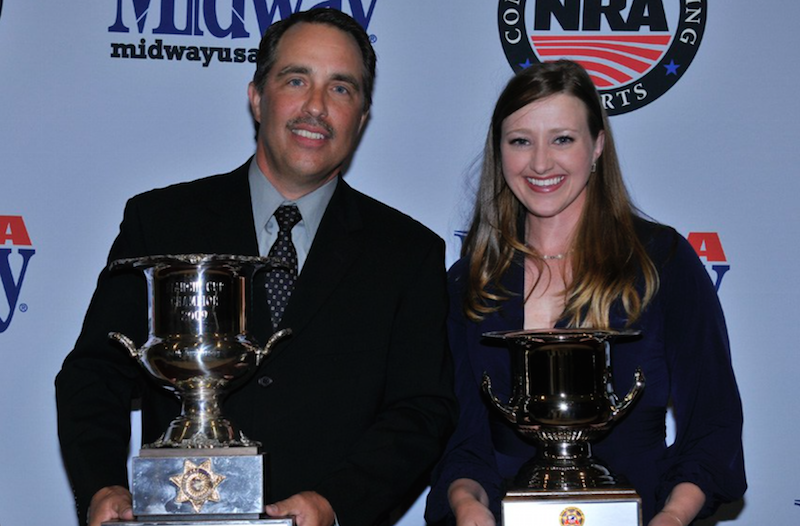 All the while, more and more shooters started getting involved in the shooting sports, watching the competition between two legends of the firing line and honing their skills to join in.

While he shoots various other disciplines such as 3-Gun – and has been crowned the NRA World Shooting Champion, among other accolades – he said the Bianchi Cup holds a degree of prestige due to its history.

“People take [action pistol shooting] seriously. There are shooters who compete in nothing but NRA Action Pistol events, and train all year for the Bianchi Cup,” Piatt said. 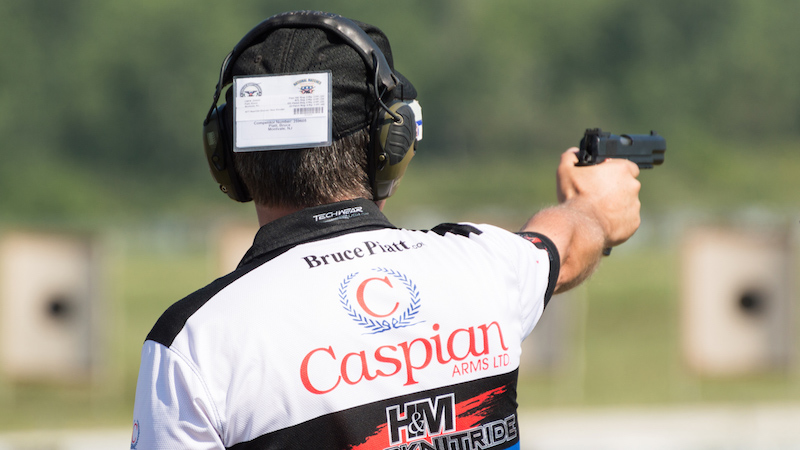 While there are those that take the competition seriously, Bruce said others come to “have a ball,” enjoying the camaraderie and companionship that the Bianchi Cup offers every year.

“My son called me the other day and the first thing he asked was, ‘Are your buddies there?’” Piatt said, laughing. “There are folks that come in from at least 10 countries around the world that would let me stay in their house or offer to help if I needed anything in a heartbeat.

“We have more fun on the practice range that during the actual competition,“ he added. “Every year in Missouri feels like a big family reunion, and it’s really nice to catch up and see everyone each year.” 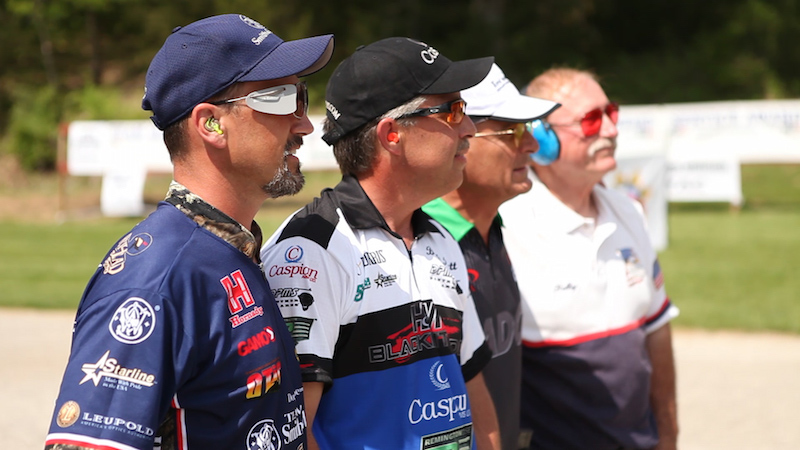 Bruce, center, with fellow shooters at the 2015 NRA Bianchi Cup.

With three decades of Bianchi Cups under his belt, Piatt, who recently retired from the police department, said he plans to keep shooting in the event every year. Speaking from Hallsville, he said he feels his chances are good this year at bringing home a sixth Cup.

“As long as I can keep doing it and having a good time, I plan to be there,” he said.

Follow the daily competition results from the 2017 NRA Bianchi Cup at the NRA Competitive Shooting website by clicking here. To learn more about the NRA Bianchi Cup, click here.

Hear from Bianchi competitors in this clip from NRA All Access and watch the full episode now available on NRATV!