The Basics of Practical Shooting 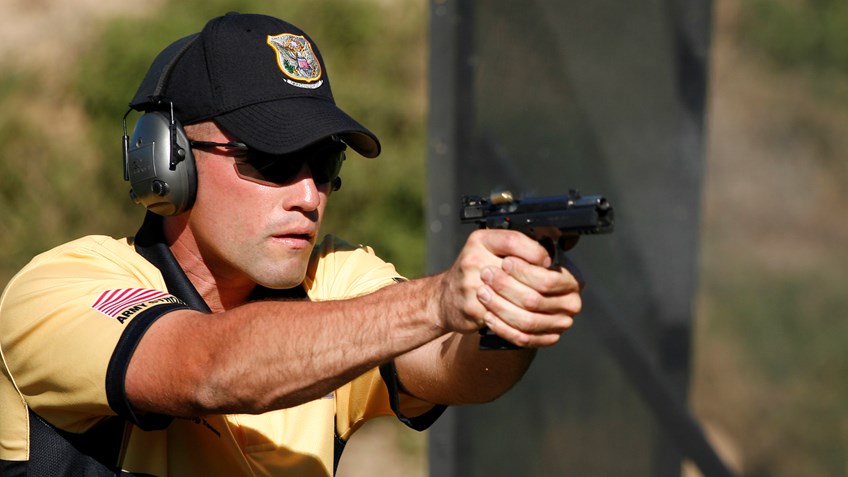 Spend enough time in the shooting sports community, and you’ll discover that there are seemingly endless disciplines and kinds of competitive shooting. From traditional Olympic-style shooting to shotgun sports, high-power rifle to precision long-range rifle matches, there’s a sport for every type of gun and gun owner.

Many of these events are scored based solely on accuracy – think the pinpoint precision of the NCAA’s student-athletes like West Virginia University’s Ginny Thrasher who shoot air rifle and smallbore rifle with amazing skill.

However, there’s a wide-ranging subset of the shooting sports that combines the need for accuracy with speed, with dynamic courses that make the shooter apply as much of their defensive shooting skill as their marksmanship ability. 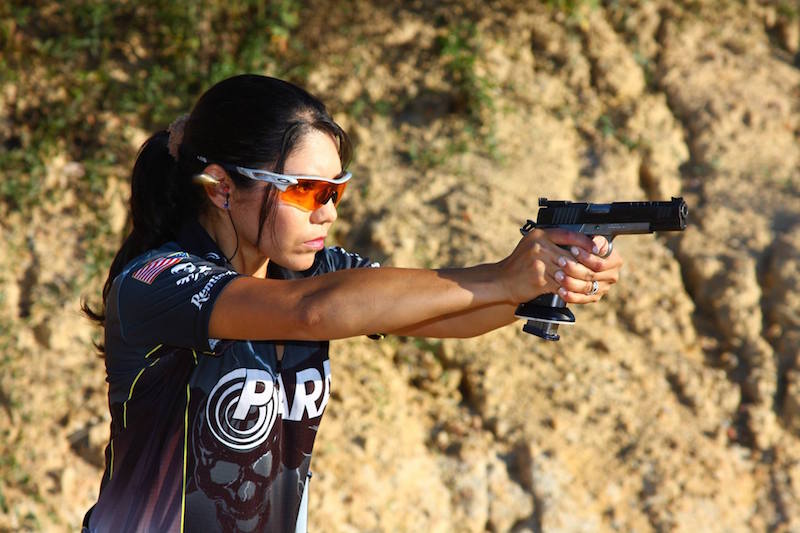 Enter practical shooting, where participants bring together precision, power and speed. Unlike events where the shooters stand shoulder to shoulder in a line and aim at fixed targets, practical shooting introduces real-world shooting and self-defense techniques into sport shooting.

While accurate marksmanship is still a necessity in practical shooting, the sport is more a test of expertise in the use of practical firearms and equipment – in other words, how accurately and rapidly can you draw a pistol from a holster and engage targets downrange?

With increasing numbers of Americans investing in firearms as a means of self-defense, practical shooting events provide the perfect opportunity for gun owners to move outside plinking at the range and put their training to use in a fun, competitive arena. This helps build mental dexterity, muscle memory, and shooting skills in an environment closer to what they might encounter in a defensive situation. 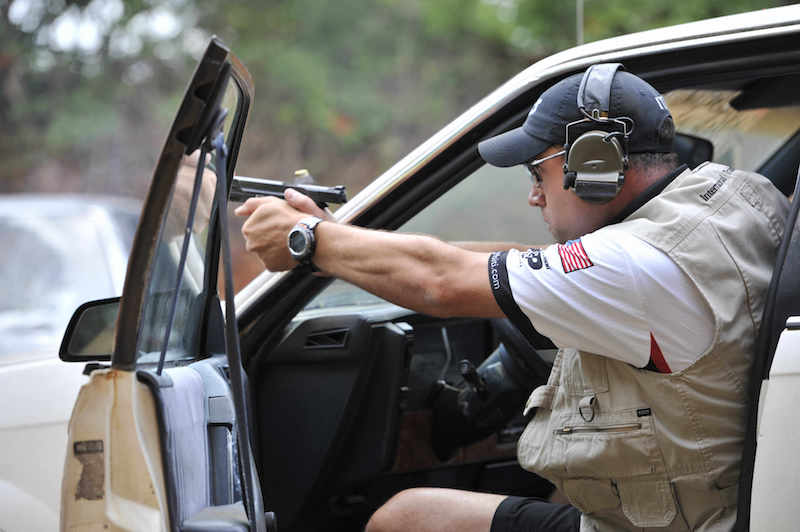 Most practical shooting events employ centerfire pistols firing full-power ammo as the primary firearm, and require competitors to draw from holsters – like they would in a real-life defensive scenario. Many competitors choose to use the same firearm they carry, further lending to the ethos of the sport.

Participants will engage any combination of paper and steel targets, and may often be required to shoot targets and varying distances while moving through a stage while avoiding certain “no-hit” targets. Shooting a no-hit target results in a penalty. Targets are considered practical if they reflect the typical size and shape that a firearm could reasonably be used to engage in a defensive situation, such as a silhouette target.

Depending on the design of the match, competitors may be required to shoot freestyle, prone, strong hand, off hand or some other form of shooting. The shooter needs to accurately engage all the targets in the stage as quickly as possible to accrue more points. Gone are the rows of shooters aiming at fixed targets – practical shooting forces the competitor to navigate a course riddled with barriers, doors and windows, walls, barrels, vehicles and other assorted props to simulate what they might encounter in a defensive shooting scenario. 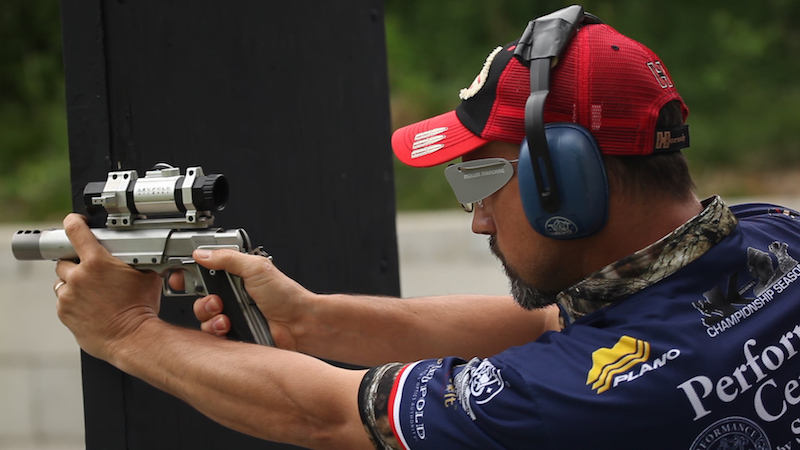 While the course of fire should be challenging and force the shooter to employ physical and mental guile, they should be realistic, and mimic as much of a real-world potential scenario as possible.

Practical shooting sports have their roots in the “Leatherslap” matches in southern California in the 1950s. As the sport was growing in popularity but largely non-standardized, the International Practical Shooting Confederation, or IPSC, stood up in 1976 in Columbia, Missouri. Representatives from nine countries attended, and legendary firearms instructor Jeff Cooper, Marine Corps officer and founder of Gunsite Academy, was named the first president due to his esteemed work and expertise in defensive pistol shooting. Today, Cooper is considered the “father of practical shooting.”

Today’s practical shooting competitions come in a wide variety of formats, employing different skillsets, firearms and course design. Among the most popular is 3-Gun, where shooters use AR-style rifle, centerfire pistol and shotguns across a dynamic course of fire shooting at clay pigeons, paper and steel in multiple positions. 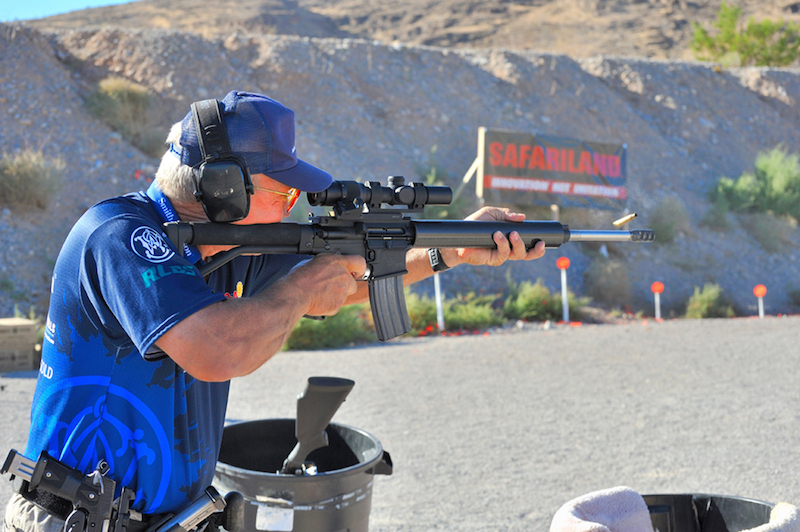 IPSC matches adhere to the origins of the sport, where competitors use a centerfire handgun to try and hit 15-centiment A-Zone targets while running through the course. Many of these matches are held internationally. In the U.S., the USPSA divides the country into eight areas, where shooters can participate in one of six divisions ranging from stock, off-the-shelf guns to customized “race guns,” competing against others using the same gear.

IDPA matches are designed to force competitors to solve “real-world” problems in the match, simulating a defensive engagement as closely as possible through the use of everyday carry gear and stage design. Steel challenge competitions involve less moving around on the shooter’s end, but focus more on how quickly they can shoot multiple targets accurately. 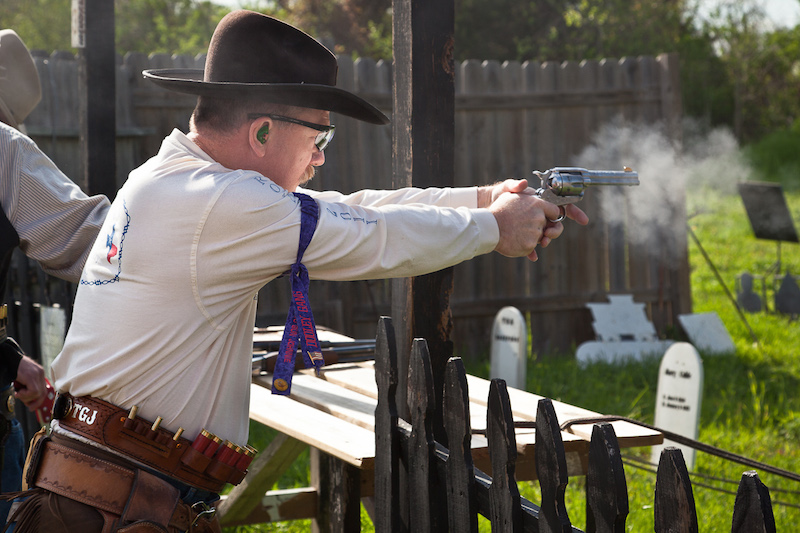 The NRA has long been invested in practical shooting with their discipline of NRA Action Pistol, hosting the annual NRA Bianchi Cup Action Pistol National Championship, which began in 1979. The NRA Bianchi Cup, part of practical shooting’s “Triple Crown” alongside the IPSC U.S. Nationals and SCSA’s Steel Challenge, features four stages – Practical, Barricade, Falling Plate and Moving Target – where competitors shoot holster-drawn pistols from both standing and prone positions using both strong and weak hands depending on the stage.

The NRA Bianchi Cup is held every May at the Green Valley Rifle & Pistol Club in Hallsville, Missouri, just outside of Columbia. This year’s competition is scheduled for May 24-27, 2017, and registration is open now for competitors!

For more information about NRA Action Pistol and the Bianchi Cup, click here, or register for the 2017 event here. You may also email questions to [email protected], or call (703) 267-1478.