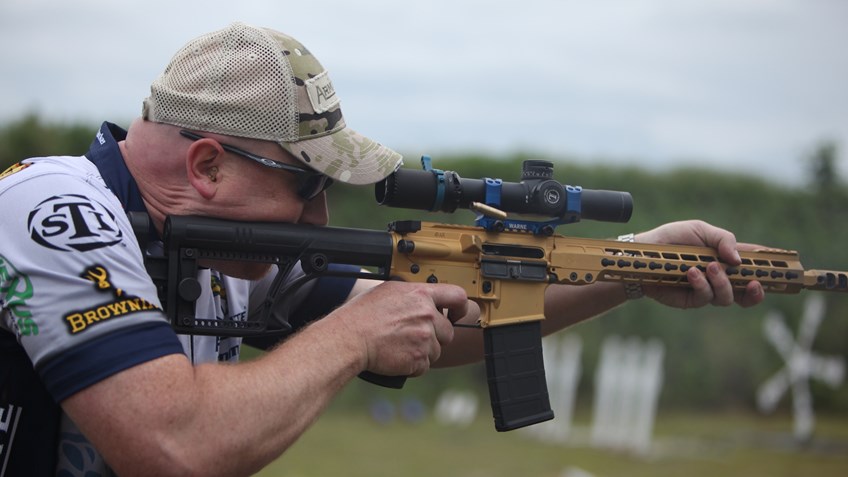 Slowly but surely, temperatures are rising across the United States. The icy grip of winter makes its perennial retreat, the days grow longer, and gun enthusiasts move from the confines of their indoor ranges to the great outdoors. The warmer months are prime time for shooting competitions, including the incredibly popular 3-Gun discipline, the fastest-growing shooting sport in the world.

You have the tools of the trade – rifle, pistol and shotgun, and the desire to take your range time to the next level. Now it’s time to learn how to enter the arena and win.

However, don’t expect to walk into a 3-Gun course and win right away – it’s a lot more than standing still and shooting at paper. 3-Gun courses are a true test of skill, physically and mentally. Throw out the visions of leisurely jogs from station to station, because 3-Gun shooting is more an obstacle course that you’re racing through. 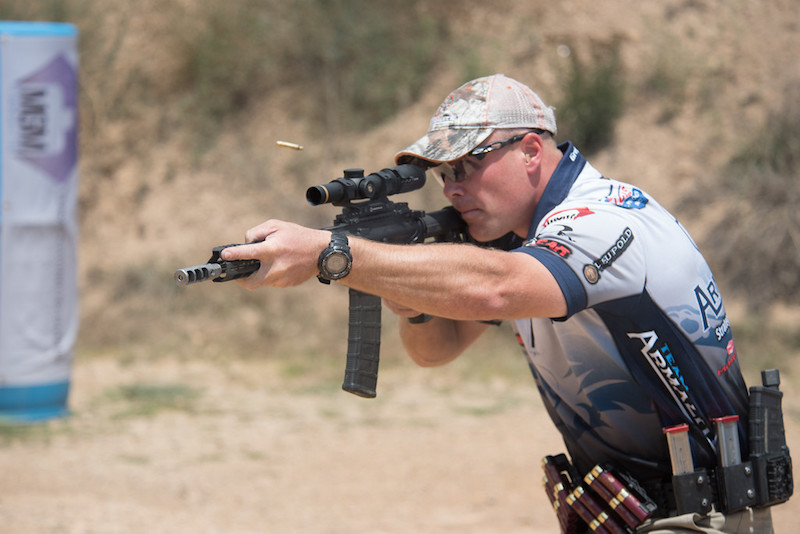 Most matches consist of eight to 12 stages, wherein shooters will engage as many as 35 targets as quickly as possible, as time is of the essence. You’ll shoot at paper silhouettes as close as 10 feet away, and steel pop-up targets as far as 600 yards out. You’re racing from station to station, your synapses firing as your transition from shotgun to rifle to pistol, close to long range, around corners, and over barriers.

You’ll encounter spinner wheels, swinging bowling pins and zooming clay pigeons, all while rushing through and around a bevy of walls, barrels, windows and even vehicles. Some 3-Gun matches are even scheduled at night, where the artificial illumination creates an entirely different set of challenges in addition to the already demanding scenarios of each unique course.

That’s just competing in 3-Gun… we haven’t even talked about winning yet. 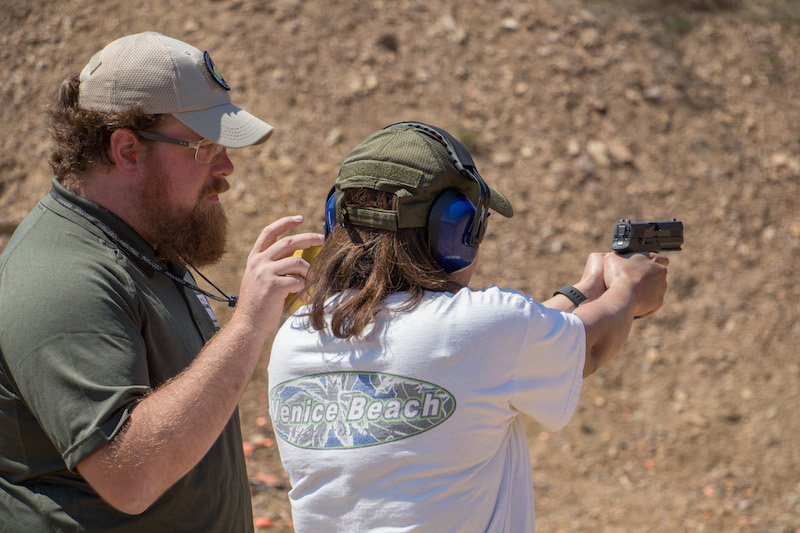 Needless to say, 3-Gun is more than just a day of plinking at the range… but it sounds exhilarating. The real question: how do you prepare yourself to take on the challenges that 3-Gun throws at you?

NRA Outdoors has you covered. The NRA Outdoors 3-Gun School is a two-day course designed to teach aspiring competitive shooters the skills necessary to succeed in 3-Gun shooting. The immersive experience provides attendees the opportunity to master an array of marksmanship skills using the firearms employed in 3-Gun matches in a dynamic setting.

The best way to learn to shoot 3-Gun is to actually do it, and the NRA Outdoors 3-Gun School puts students into fluid scenarios in actual 3-Gun stages, hosted at Peacemaker National Training Center’s world-class shooting facility in Gerrardstown, West Virginia. 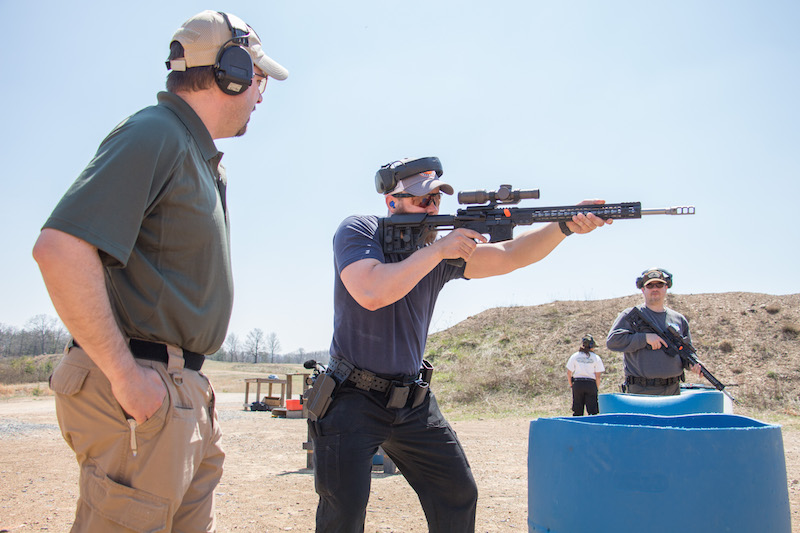 Firearm instructors at PNTC are experienced trainers and competitors guide students through the entire process, from basic firearm safety and familiarization, to navigating the 3-Gun stages step-by-step and teaching along the way. You’ll battle your way through demanding courses of fire in true a genuine arena, learning how to execute each stage as you go from the instructor.

Don’t worry about rushing to the gun shop before the course -- you don’t need to bring any guns, ammunition or gear! The NRA Outdoors 3-Gun School provides all firearms, ammo and equipment to students to use during the course, including Armalite AR-pattern rifles, Benelli shotguns customized by Hayes Custom Guns, SIG Sauer pistols and Vortex Optics. 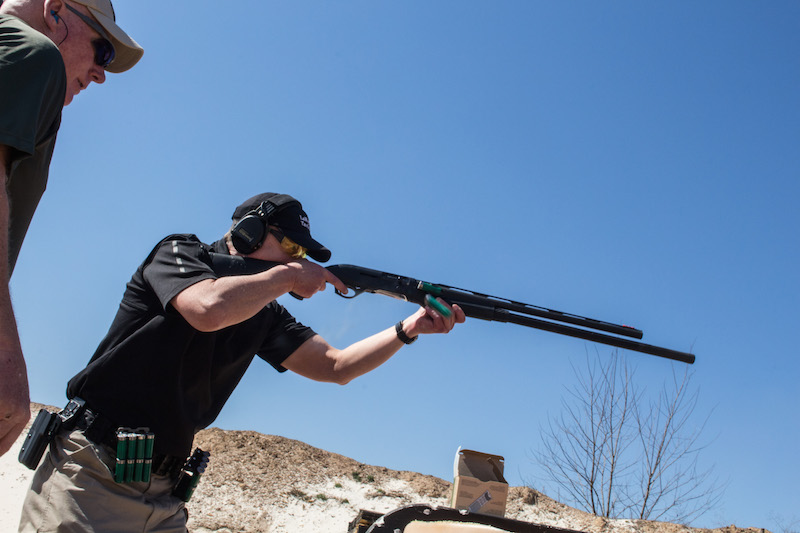 Ready to take the next step and become the competitor you’ve always wanted to be? Sign up now for the NRA Outdoors 3-Gun School. The first class of the year is right around the corner, scheduled for April 14-15, 2017, with classes also scheduled in May, June and August. Hurry – these courses fill up quickly, so reserve your spot today!