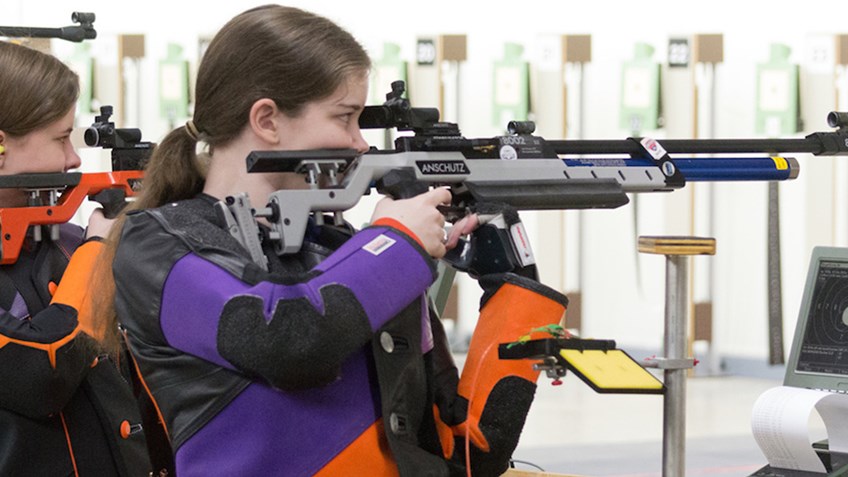 The 2017 NRA Intercollegiate Rifle Club Championships, held March 17-19 at Fort Benning, Georgia, wrapped up on Sunday, culminating in big wins for individuals and teams from universities and colleges from across the nation.

Clemson’s Rachel Mangan won the Norwegian Trophy with a total score of 575 in the Smallbore individual event, beating runner-up John Hirsch of the Illinois Institute of Technology by five points. Mangan’s aggregate score of Air Rifle and Smallbore was the highest of the weekend, leading the pack with 1152 points.

The Butterman Trophy, honoring the Air Rifle individual champion, went to the University of North Georgia’s Madeleine Godwin, whose score of 586 was good for a five-point win over The University of Akron’s Liz Bark. 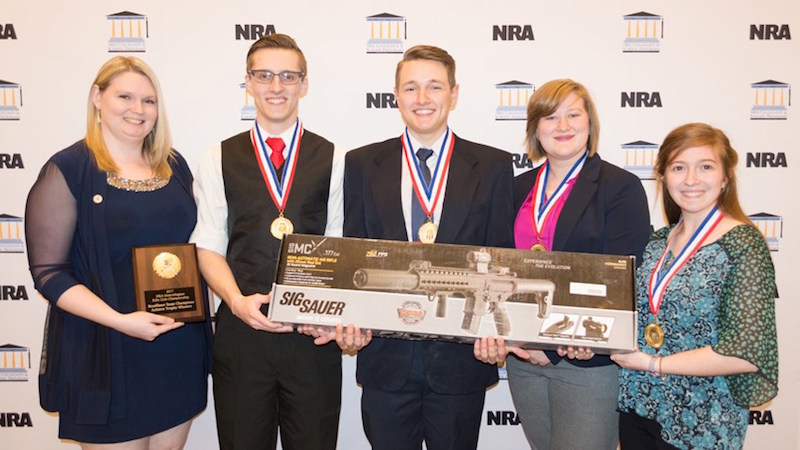 The University of Akron team earned the top honors in both the Smallbore Team and Air Rifle Team categories. The Zips, whose team consisted of Bark, Gabby Pitre, Brandon Meier, and Luke Massie led by Coach April Engle, finished with a total of 2181 points, edging out the University of Michigan squad by 29 points.

The quartet narrowly bested Clemson University in Air Rifle, finishing first with a score of 2278 over the Tigers’ 2264. As a result, Akron topped the team aggregate scores, finishing with a combined 4459, good for a 68-point advantage over Clemson. 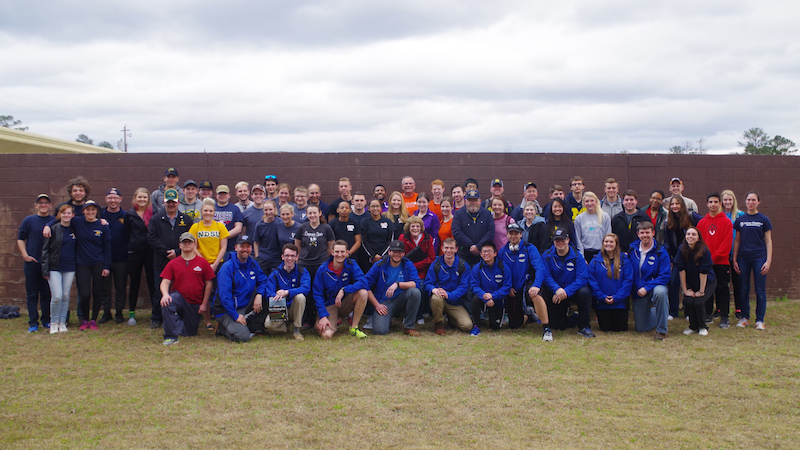 Group shot of all the student-athletes at this year's championship. (Photo credit/John Rickards)

The top 3 finishers in each category are listed below: 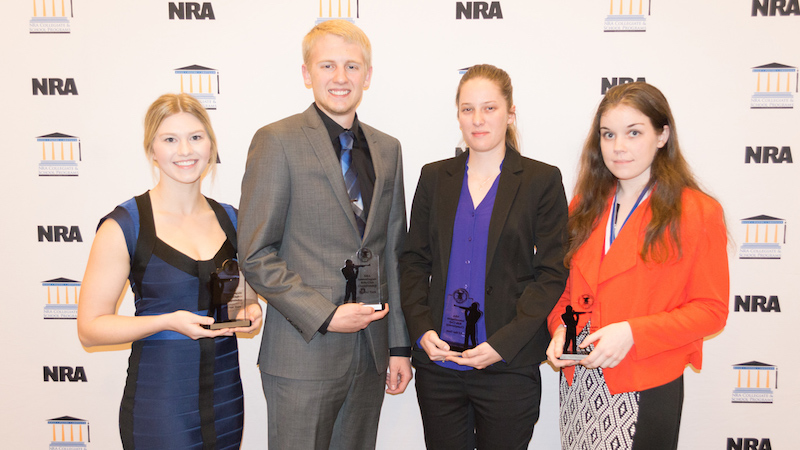 The All-Star teams for each discipline are:

Next up at Fort Benning is the NRA Intercollegiate Pistol Championships, which run from through March 24, 2017. Stay tuned to NRA Blog for the results!