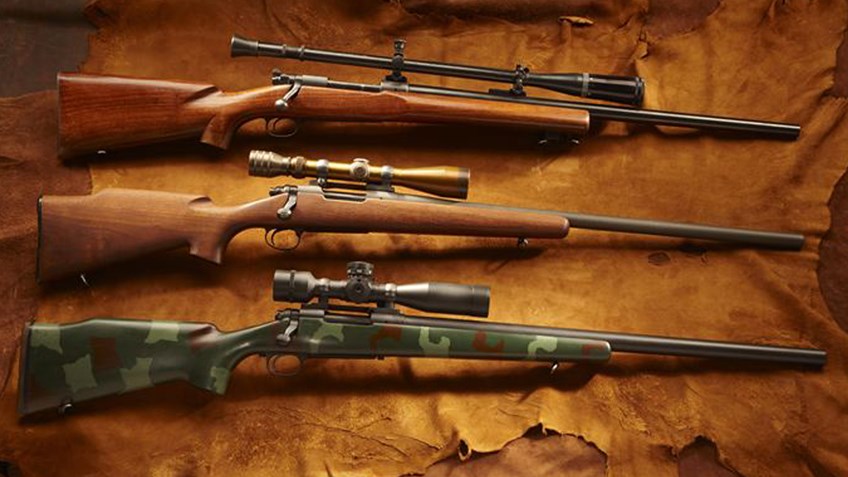 Military service birthdays are special here at the National Rifle Association. In fact, since the NRA moved its headquarters from Washington, D.C. to Fairfax, Va. in 1994, a special event continues to be hosted at the building each November gathering all staff who have served in the United States Marine Corps to honor the birthday of the Corps and commemorate the original gathering at Tun Tavern that led to the founding of this branch of the armed services.

That fateful meeting on November 10, 1775 at Tun Tavern was to serve as the recruitment point for the initial two battalions of Marines that were to be raised in Philadelphia. The tavern’s manager, Robert Mullan, was to be the chief Marine recruiter. These first Marines were specifically sought to serve aboard vessels of the Continental Congress Navy. They were chosen for their marksmanship skills to serve as sharpshooters afloat, directing their precision fire against targets aloft in the rigging, against officers in command, or gunners clustered on decks around cannon.

As part of the NRA Blog and the NRA Museums own special recognition of November 10, we wanted to showcase selected pieces from the National Firearms Museum collection that represent how the original sharpshooting intent of those first sharpshooting Marines has been carried forward with Marine marksmen in the modern age. Today’s Marine scout-snipers proudly fulfill the original intent of their forefathers, blending accuracy with lethality and delivering these ingredients at long distance.

In Korea, Marine snipers relied on proven Model 1903A4 Springfield rifles, left over from WWII battles on the Pacific islands and now they were to be used in combat on the mainland, but featuring less than ideal optics. In combat, the crude Weaver telescopic sights were vulnerable to moisture and changes in temperature. Those that could find an older M1903A1 Springfield rifle, fitted with a long Unertl scope, found that this larger optical sight offered higher magnification and improved capabilities. Also in this conflict, another commercial bolt-action rifle, the Winchester Model 70, was first tested in the field. These Model 70 snipers also relied on mounted Unertl and Lyman optics. Yet, for both the M1903A1 and Model 70 rifles fielded by the Marines, these bolt-actions were arms that had been originally built in the 1940s and lingered in arsenal stores until taken afield.

In the Vietnam conflict, the Marine Corps turned to a different source for their sniper rifles. Responding to a military contract, Remington’s Custom Shop was able to bring forth a group of 995 M40 rifles, based on the popular Model 700 action. Incorporating a free-floated heavy varmint weight round barrel, these bolt-action arms were built with plain walnut stocks that featured no checkering. For the first time, a civilian, purpose-built scope was also fielded for the USMC contract from Redfield. A variable 3 to 9 power optic that incorporated an ingenious ranging feature, these initial Redfields were produced with an anodized green finish.  Using a base and rings, not much changed from what had been used with the M1903A4 and the scopes were mounted and taken into combat. The humidity-laden environment of Southeast Asia was a challenge to these M40 rifles, with many field armorers needing to scrape barrel channels to maintain free floating barrels as stocks swelled, and the rangefinders inside the telescopic sights proved vulnerable to extended direct sunlight.

Following their initial deployment in the 1960s the M40 rifles continued to serve the Corps. However, by the 1980s, only half the remaining original contract rifles remained. The decision was made to contract for more but to also create an updated rifle that could better meet environmental challenges. The M40A1 would feature a synthetic stock, made by McMillan, and the optic would be a heavy-duty 10 power scope produced by Unertl. In a demonstration at Quantico, the new 10X Unertl optic was used as a hammer with tent pegs and did not lose its zero. While an enhanced rifle, the drawback of increased weight for the new M40A1 over the M40 rifle appeared. Subsequent USMC rifles, the M40A3 and M40A5 have continued that trend of increasing weight.

In the years since their Tun Tavern beginning, American Marines have taken on opposing forces around the globe, and in 242 years, they have never let our country down. Join with us in celebrating the birthday of the United States Marine Corps and if you wish to view more of the rifles that have helped modern Marines maintain their legendary accuracy, come visit us in Fairfax, Virginia or view the galleries online!