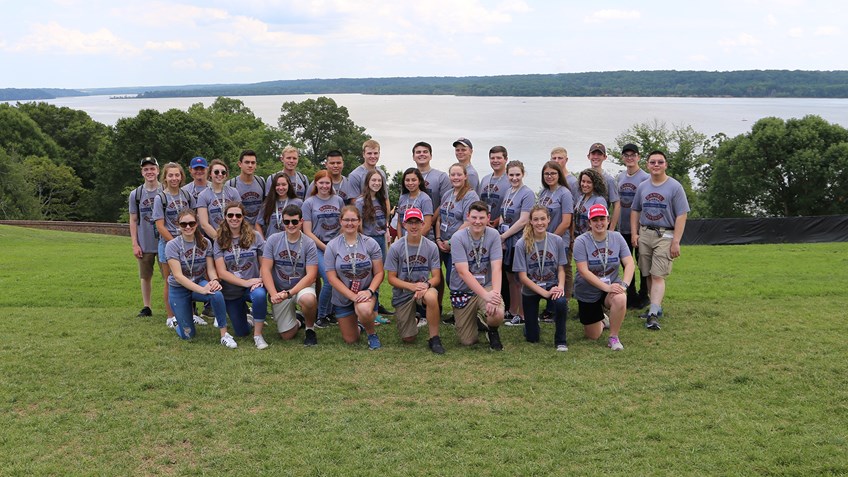 We have said it many times before, but this year was just no different: The 2019 Youth Education Summit (Y.E.S.) was a success! Sixty-one of the nation’s brightest students arrived for two sessions of Y.E.S. to take part in the experience of a lifetime…and to compete for up to $50,000 in scholarships. 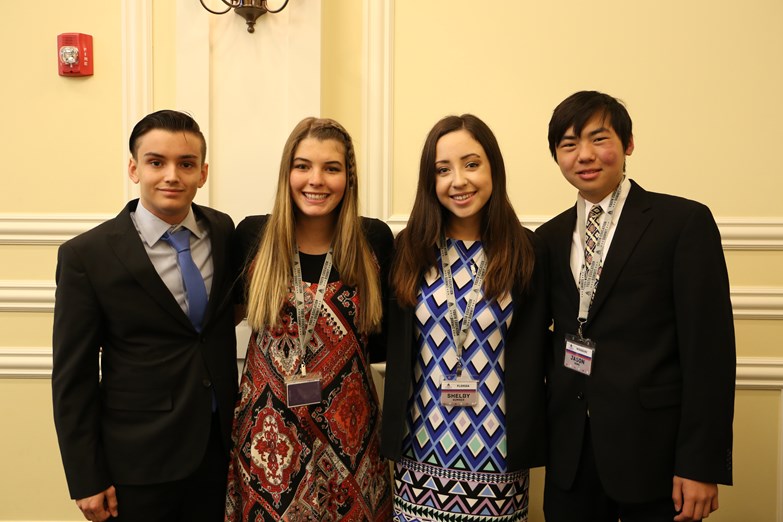 The Y.E.S. adventure began on Monday when all the students flew into the Washington, D.C., area. Most of day one was spent getting to know each other and settling in. On Tuesday the summit officially kicked off at NRA headquarters in Fairfax, Va., with an education on the NRA and what it does. NRA staff presented discussions on Friends of NRA volunteer fundraising, Eddie Eagle Gunsafe® program, Women on Target, NRA Clubs and Associations, NRA School Shield, Refuse to be a Victim®, and more. Attendees heard from NRA leadership, Tyler Schropp, Executive Director, Office of Advancement; Joe DeBergalis, Executive Director, General Operations; and John Fraser, NRA Secretary about how the summit attendees’ support and involvement is vital to the future of the Second Amendment and the National Rifle Association of America. The students explored the National Firearms Museum, then made their way down to the NRA Range. First, all passed the NRA Range test and received a thorough review of each firearm that would be used, proper handling, correct stance and safety by the exceptionally experienced staff at the range. Then it was time for the fun! They all took their turn at shooting handguns and rifles of various calibers. 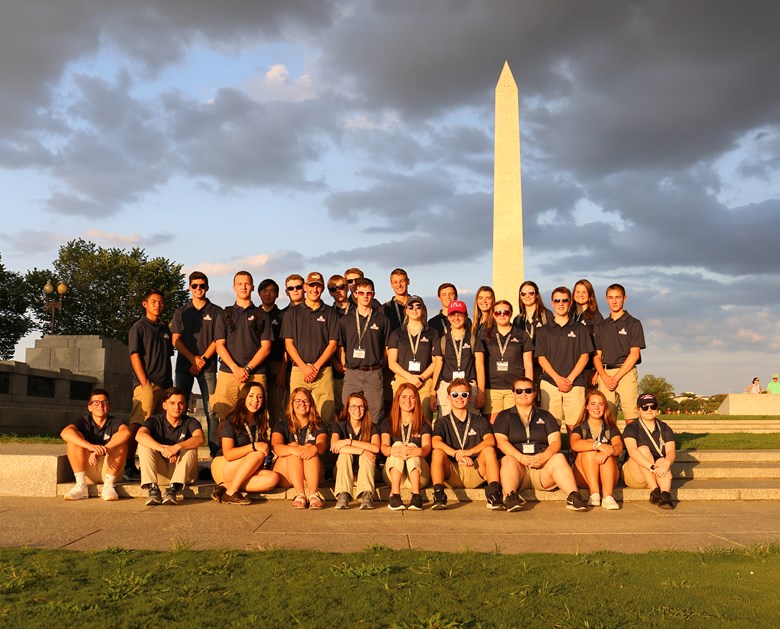 Much of the rest of the week was spent in our Nation’s capital. The students toured the Capitol Building, the House Gallery, National Archives, American History Museum, and the Newseum. They also visited many of Washington D.C.’s historic monuments, like the Jefferson and Lincoln Memorials, the Roosevelt and Martin Luther King Memorials, and the Korean and Vietnam War Memorials.

During the summit the attendees learned about the United States Military by visiting the National Marine Corps Museum, the 8th & I Marine Corps Parade and the Arlington National Cemetery. At Arlington, they visited the Tomb of the Unknown Soldier, where they participated in a wreath-laying ceremony dedicated to, as is inscribed on the back of the tomb, “…an American Soldier known but to God.” 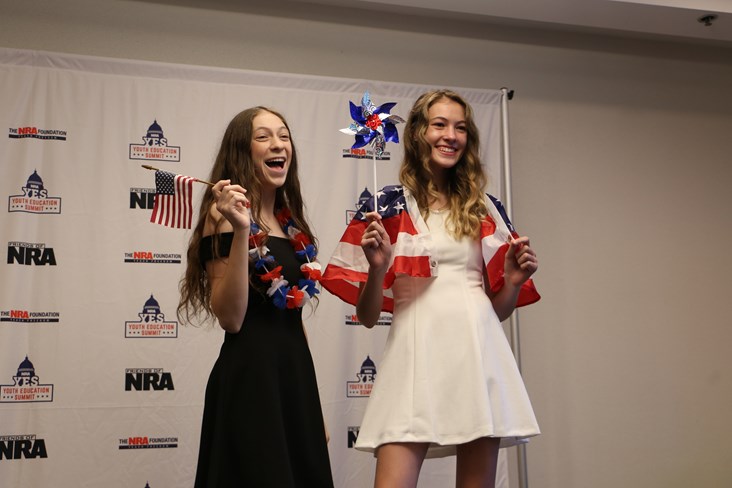 In addition to learning about our Nation’s history, military, and government, the summit attendees participated in formal debates and current event discussions. In teams of five or six, students debated on topics such as the minimum age to purchase firearms, religion in schools, vaccines, and the 2020 Census. The current event topics were designed to get the students to devise solutions to many of the world’s problems such as natural disaster resources, mental health, legalizing marijuana, campus carry, and red flag laws.

The Youth Education Summit concluded with an awards banquet and keynote speakers Carolyn Meadows, NRA President and Willis Lee, NRA Second Vice President. They reminded the youth to take back what they learned at Y.E.S. and apply it to their lives and community, and to hang on to the relationships they built at the summit. 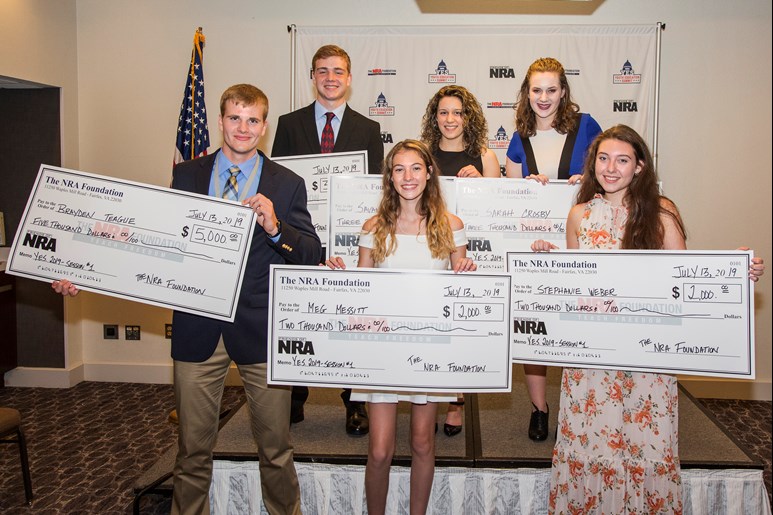 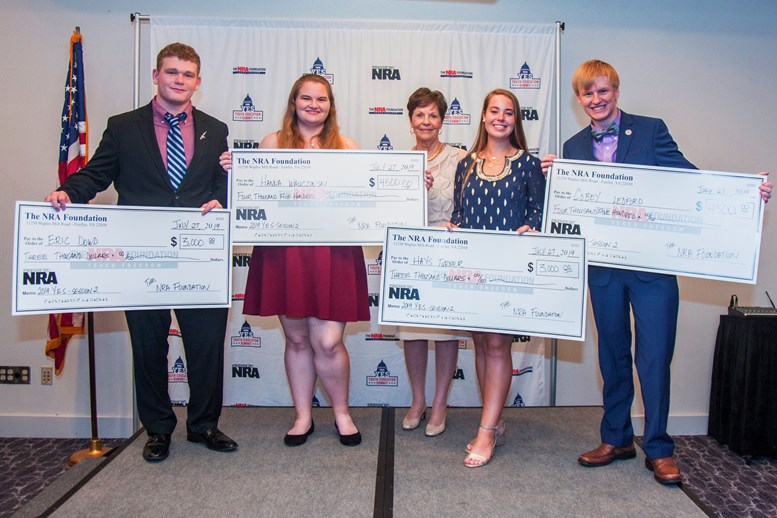 Now it’s your turn! NRA is issuing a call for all young leaders interested in making a difference for the 2020 Youth Education Summit! The summit will run Monday, July 13 through Sunday, July 19, 2020. To apply please email [email protected] The application deadline is January 24, 2020.  Applications are available at https://yes.nra.org/application.