by Ashley Re, Event Marketing and Communications Coordinator - Monday, October 14, 2019 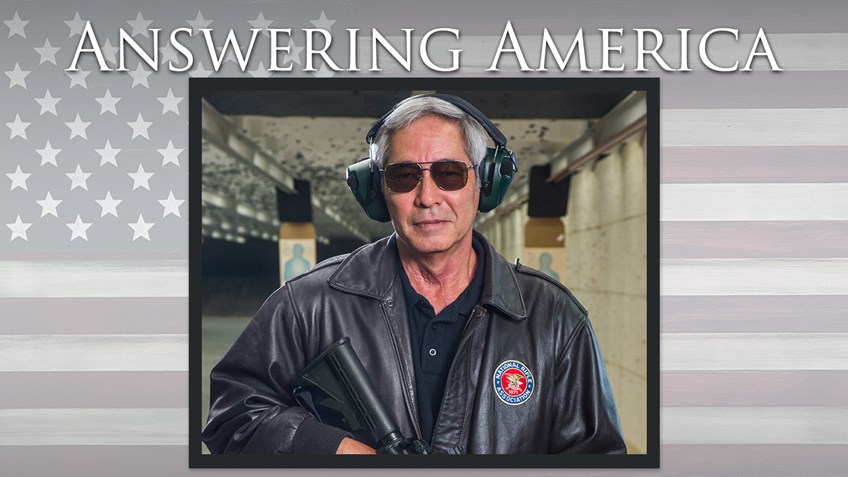 More
SUBSCRIBE
Answering America is an interview-style series highlighting the leaders supporting Friends of NRA, The NRA Foundation, and the programs they fund. Learn about these high-profile influencers from the world of firearms and the shooting sports—in their own words. Form The Quarter 3 edition of Traditions magazine featuring NRA's Second Vice President, Willes Lee.

How long have you served on the NRA Board of Directors?
I filled a vacancy on the Board in January 2017, was elected to a two year term in 2017, and was honored to be elected to a traditional three year term in 2019. It’s been a fast-paced two and a half years as an NRA Director. I am glad to be able to contribute to the crucial work of the NRA. However, I ran for re-election because of the people. My friends and family can see how much I enjoy being around our great NRA members and our committed Board of Directors. I take pride in working closely with our dedicated NRA staff and the amazing Wayne LaPierre. It is an honor to serve in any capacity with the NRA. I am humbled that our Board of Directors elected me into a leadership position. As NRA Second Vice President, I am an ex-officio voting member of all committees. It is a privilege to be appointed by NRA President Meadows to several NRA committees, including chairman of three which are dear to my heart - Military and Veterans’ Affairs, Outreach, and Education and Training – and to help lead a few other initiatives and programs.

You're a military man. Tell us why you decided to serve our country and briefly describe your military background.
There are professions as noble but I feel that there are none more noble than defending our nation. It is an honor and privilege to defend our United States and our Constitution. Only 1% of the population is selected to do so.

The U.S. Army was our family business. And, proudly so. My father served 50 years - 30 on Army active duty, 20 more in the National Guard Bureau. He turns 100 in a few months. My older brother served 38 years in the Army. Our second brother is a West Pointer, served 32 years. I graduated from West Point and served 22. It is an honor to have defended our country.

An Armor officer, with M60 and M1 tanks, I also spent time in operations. In the Cold War, my tank troops on the Czechoslovakian border were to stop a Russian onslaught. Another tour of duty was leading Army operations against terrorism in Europe. I was the Division Operations Officer for Desert Shield, then fought Desert Storm in a tank battalion. We served two tours in the Pentagon with the Joint Chiefs of Staff where everyone on that staff is the cream of the crop. One was in national nuclear operations and the second tour was overseeing non-stop current operations around the world.

You spoke at the 2019 Youth Education Summit (Y.E.S.) Session 1 in July. What do you see in the youth today that inspires you for the future?
Every one of us should be grateful for and proud of our NRA Foundation and the Friends of NRA for providing the resources to conduct the Youth Education Summit program (Y.E.S.). These Y.E.S. young ladies and gentlemen are inspirational through their leadership, commitment, and intensity. Being selected and graduating from our competitive Y.E.S. program separates them from their peers. Y.E.S. graduates are leaders, and they are the future defenders of freedom. They also like to have fun. I enjoyed being with them, hearing about their experience in Washington, D.C., and assisting with the presentation of scholarships to those who excelled during the week. 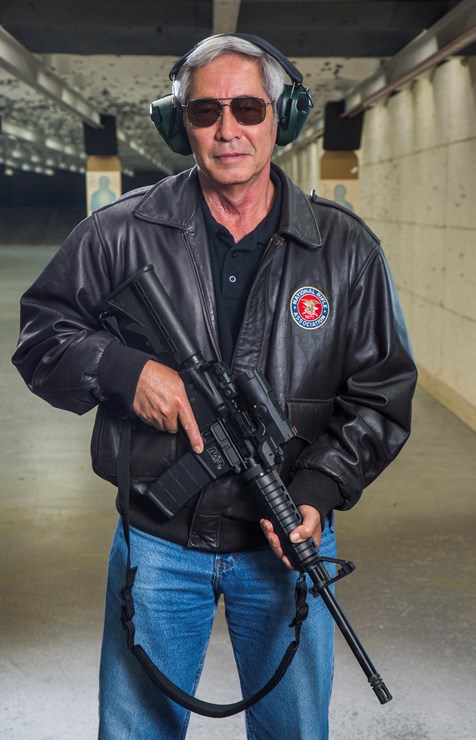 If you had to give a 16-year-old one piece of advice, what would it be?
For any youth, my advice is to get out of your comfort zone. Be humble. Be bold. And, have a rock. Mine is Christ.

The military impacts many people in different ways. What was the biggest impact the military has had on your life?
In 26 years, there are a lot of experiences in peace and war. Almost all are good, some very bad. The thing that sticks after a lifetime in the service to our nation is the West Point motto - Duty, Honor, Country. The people with whom I served, in general and specific terms, had the biggest impact. We’re all volunteers. Men and women of honor and integrity and commitment.

In the defense of freedom, who would you die for? Who would die for you? What would you die for? I was surrounded by soldiers and their families sacrificing greatly to honorably serve our nation and each other. I wouldn’t trade that bond for anything.

Share your first recollection of using a firearm. How old were you and who taught you?
I was around firearms all my life, long before handling one. My first shot was at four or five years old on our family farm with my father. I now have his sweet .22 semi which everyone in my family and extended family used to learn firearms safety and also how to shoot. Then, by seven, I’d accompany my father on hunting trips in Europe where he was stationed, sponsored by our U.S. Army base Rod and Gun Club.

We know you are a big defender of freedom. How do you feel we should induce a feeling of Patriotism in today’s youth?
Patriotism grows in the home and neighborhood through parenting and mentoring. I told the Y.E.S. students that they should go home and tell their parents, “I love you.” That’s for raising them correctly. Defending our culture and freedom is cultivated in the home. You don’t have to serve in the military to be patriotic. But you must have appreciation for the freedoms hard-gained through the blood of others, love and respect for our flag which symbolizes our freedom, and an understanding of the unique role the United States has in the world and in history.