Have You Joined the Rucking Movement? 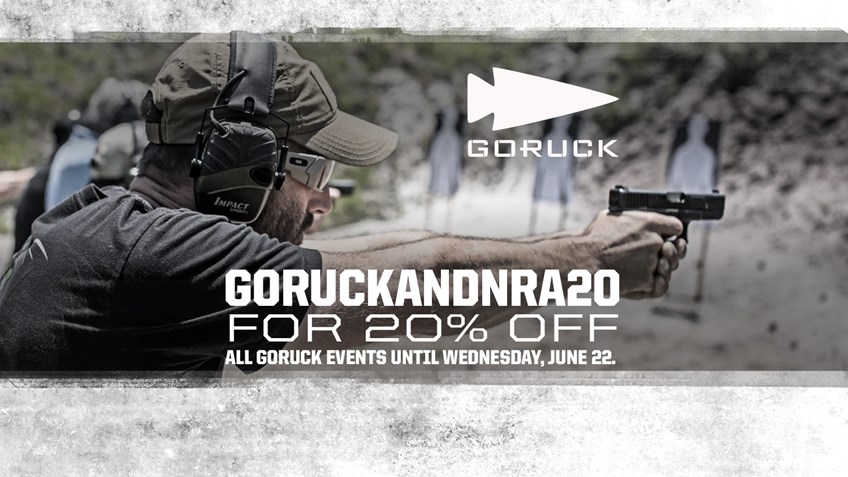 If there’s one person in my life who can make me push my boundaries and test my mental and physical limits, it’s my brother. The moment I get a text from him about participating in some type of endurance challenge, I without hesitation am pulling out my credit card to sign up. Because of him I have run 10 miler after 10 milers, half marathons – road and trail, and sprint triathlons. He’s never pressured me into doing them, he just simply tells me he’s doing it – and I make the decision, so am I.

When really, I’m only competing with myself…

He’s way faster than me anyway.

But at the end of every race, as I sit there in a puddle of my own sweat, cursing in agony and noshing on anything and everything I can find – there’s a sense of accomplishment and happiness.

I just did something, again, that I never thought I would’ve been able to do – and I had my brother alongside cheering me on….

After our last race together, I told him – I am done. NO MORE. (Apparently, I told him this same thing the race before this “last” one as well…)

He sends me a link to the ULTIMATE challenge… the GORUCK Challenge….

If there’s one thing about the GORUCK Challenge that you should know – it’s that this challenge is not like any other physical challenge. There’s no comparison.

This challenge is about teamwork, camaraderie and leadership. It’s about being part of something bigger than yourself – it’s rucking. What is rucking you ask? It’s social fitness – an activity involving movement with weight on your back. It is proving that you are capable of so much more than you ever thought possible when you work as a team.

GORUCK was founded in 2008 by Special Forces Veteran Jason McCarthy. He founded his company on the ideas of serving as a voice of good, employing more Veterans of Special Operations than any organization outside the U.S. military, and building a bridge between the military and civilian worlds. Originally intended to only be a gear, designed up to military standards, company; they evolved into more. McCarthy was creating amazing gear, and no one was buying – so he moved into hosting team-building endurance events, which required participants to carry the GORUCK rucksack.

GORUCK challenges now span across all 50 states, there are now hundreds of thousands of people who can proudly say they are Ruckers.

My brother and I just might be the next two …will you be joining us?

From now until Wednesday June 22, you can get 20% off all GORUCK events by using our special discount code, specifically for NRABlog readers, GORUCKANDNRA20.

Also, stay tuned for Season 6 of NRA All Access, premiering June 29th at 7pm ET on the Outdoor Channel. We sit down and chat with Jason to get more in-depth about the success of GORUCK.

What are you waiting for? SIGN UP TODAY! And tell your friends!

Also, as a continued thank you to our readers, we are giving away an exclusive NRA + GORUCK prize pack! Enter for your chance to win some awesome gear! No purchase necessary. A winner will be selected at random. This giveaway ends Wednesday June 22 at 11:59pm ET. Winner will be notified by email, with the email address provided. Winner has 10 days after contest closes to claim prize.