A Brief History of Firearms: The Self Contained Cartridge 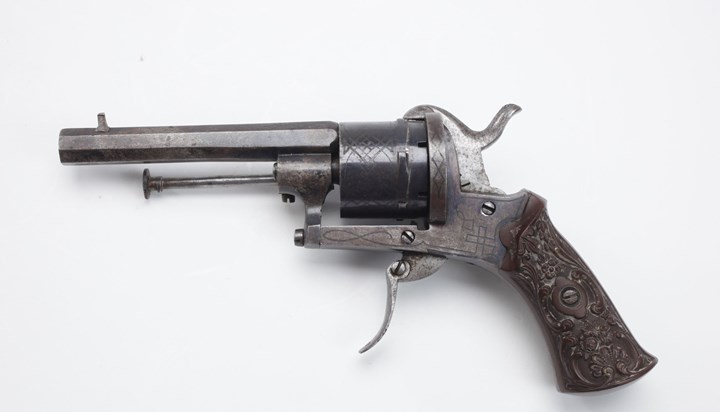 Pinfire revolvers were among the first metallic cartridge handguns in Europe. The Lefaucheux name is best known to students of history for the revolver of American Civil War-era fame, but the contributions of this father and son duo to firearms and cartridge design go well beyond this single distinction... 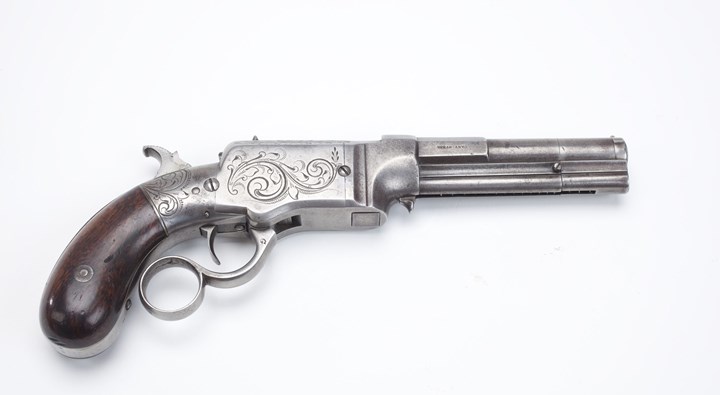 SHOW CAPTION HIDE CAPTION
This predecessor of the Winchester lever-action rifle was produced by Horace Smith & Daniel Wesson, who later became famous for their revolver designs. In 1855, Smith & Wesson sold their interest to the newly-organized Volcanic Repeating Arms Company... 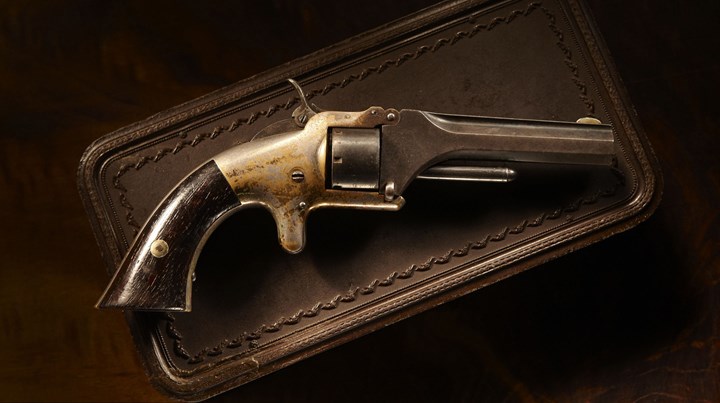 SHOW CAPTION HIDE CAPTION
The gutta percha casing seen here is an original example. Most of these early thermoplastics have not survived; consequently, they are rarely seen today. The S&W No. 1, Ist Issue revolver model inside was manufactured from 1857 to 1860 and about 11,000 were made...

Read more here
More
SUBSCRIBE
In this series, A Brief History of Firearms,  Jim dives into several topics including early firearms, advancements in technology, historical impacts, and modern day firearms. In this segment, Jim discusses the development of the self-contained cartridge...


The Self Contained Cartridge

The cap and ball revolver offered an effective repeating firearm, with five or six shots available as fast as the hammer could be cocked and the trigger pulled. After the gun was shot dry, however, re-loading was a slow & cumbersome process, involving loading each chamber with loose gun powder and a lead bullet, ramming the loads home, and placing a percussion cap on the nipple of each chamber. What was needed was a self-contained cartridge with the primer, powder & bullet all in one neat and weatherproof unit.

An early attempt at this was the pinfire system, first introduced around 1846, in which a firing pin was mounted on each copper cased cartridge, igniting an internal primer when struck by the gun's hammer. Although it gained a good deal of popularity in Europe, it never caught on much in the U.S., with the external pin on each round being a bit cumbersome and hazardous.

Among the firms eagerly waiting for the expiration of the Colt revolver patent was a partnership of an inventor named Daniel Wesson and an older businessman, Horace Smith. A few years earlier, in a previous partnership, they had entered the race for an effective repeating firearm shooting self-contained cartridges with a lever action pistol. This pistol had a tubular magazine mounted under and parallel to the barrel, and shot "rocket balls" - hollow based lead bullets, with the powder and primer mounted in the base of the projectile itself.

They pursued production of their lever action pistols only a few years, and the design was acquired by a shirt manufacturer, who carried it further. His name was Oliver Winchester, and his famous lever action rifles, based in large part on the design of the first Smith & Wesson partnership eventually became the most popular repeating rifles of the post-Civil War 19thCentury, called by many "the gun that won the West."

The second Smith and Wesson partnership had designed a tiny .22 revolver. Perhaps more important than the revolver was the cartridge it fired. It consisted of a copper casing, with a hollow rim at the bottom which held a priming compound. The case was then filled with gunpowder, and capped with a lead bullet mounted into its mouth. When the firing pin of the revolver's hammer struck the rim of the cartridge, the priming ignited the powder, firing the bullet, leaving the empty copper casing in the chamber.

The cartridge was essentially identical to the modern.22 Short rimfire, and was the grand-daddy of all our traditional ammunition today. As Colt had patented his revolver, so Smith & Wesson acquired the patent to their innovation, and held a fairly complete monopoly on the production of effective cartridge revolvers through its expiration in 1869, although there were a number of infringements and evasions of the patent as the market rapidly recognized the superiority of metallic cartridge ammunition.