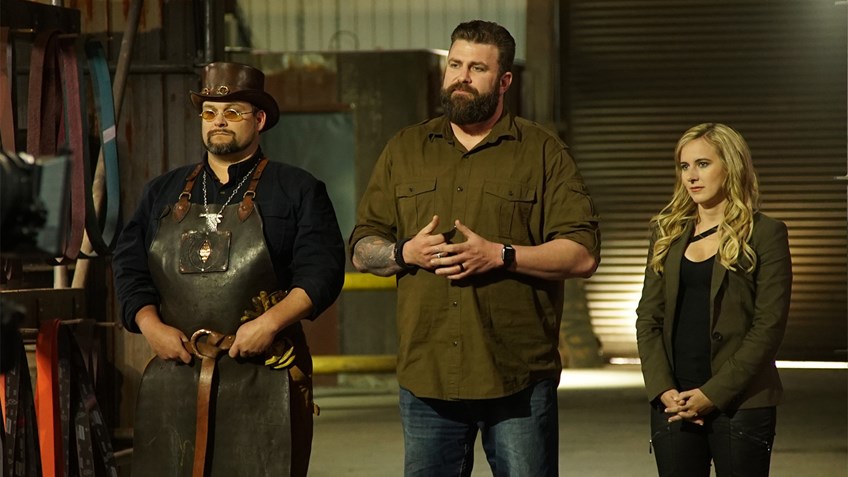 Ashley Hlebinsky is the Robert W. Woodruff Curator in charge of the Cody Firearms Museum at the Buffalo Bill Center of the West. In addition to her duties at the museum, Hlebinsky is an NRA and Well Armed Woman certified firearms instructor. You can regularly see her on the Travel Channel’s Mysteries at the Museum, Outdoor Channel’s Gun Stories with Joe Mantegna, and most recently as Co-Host of the new Discovery channel series, Master of Arms.

Discovery channel’s new series Master of Arms is a historical weapons-making competition that features gunsmiths, bowyers, blacksmiths and bladesmiths coming together to recreate history’s most famous and, sometimes, most peculiar firearms, blades and bows.

The show premiered on November 2, and so far has featured contestants making flintlock axe pistols, ball and chain flails, Joan of Arc’s sword, and, last week, American longrifles. Each episode features three contestants and two rounds of competition. The first round is the Quick Draw Challenge, where contestants have four to six hours—depending on the challenge—to recreate a functioning historical weapon. Those weapons are then tested by host and firearms specialist Zeke Stout.

After deliberation, one contestant is eliminated and the remaining two go into a head-to-head Master Build challenge. They work for four days alongside one another to create another historical weapon. At the end of the four days, those weapons are put to the test by legendary Special Operations Sniper Nicholas Irving. The winning craftsperson is given the title Master of Arms and awarded $10,000. 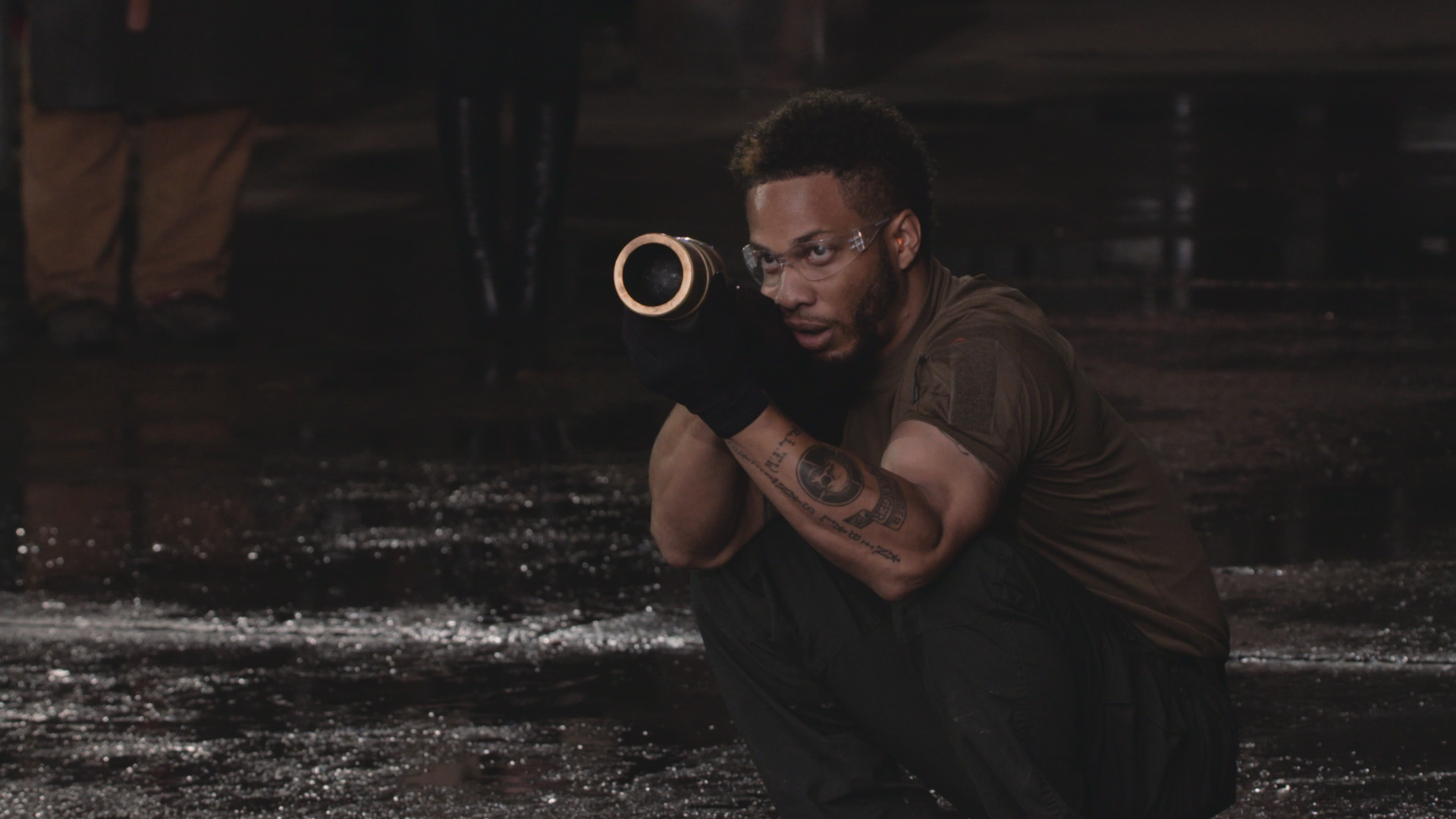 Ok, so that’s the nitty gritty of the format. I am one of the Judges on the show. I am an arms historian, who runs one of the largest firearms museums in the country, the Cody Firearms Museum. While I may be a little biased, I’m stoked to see a gun making show on Discovery Channel. The whole process has been truly amazing to be a part of, and I’m watching the final versions of the episodes right along with you! The thing that I think is so special about a show like this is that it is truly all about the craftspeople. These men and women are responsible for keeping this tradition and history alive, and a show created to highlight the artistry of their work is a great platform for them.

The show airs every Friday at 10pm ET/PT, but make sure to check your local listings. This Friday, November 23, will feature the contestants making a flintlock blunderbuss—the grandfather of the shotgun. Immediately following each episode, Master of Arms: Reforged features last week’s episode with extended, never-before-seen footage and insider facts.

Don’t have cable? No worries! The show is available on the Discovery Channel website and the Discovery Go app for free without a cable subscription. It is also on Amazon and iTunes. I hope you will all tune in!

For more firearms history, visit NRA Museums online at nramuseum.org or experience its vast collection in person at one of three locations: the NRA National Firearms Museum, the NRA National Sporting Arms Museum at Bass Pro Shops and the Frank Brownell Museum of the Southwest.

Photos courtesy of Discovery Channel. From top: Master of Arms judges revealing who is being eliminated from the competition; Nicholas Irving testing a flintlock grenade launcher.