A Brief History of Firearms: Flintlocks 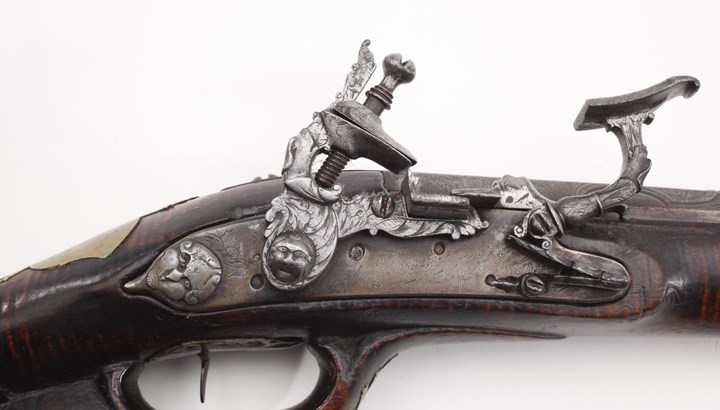 Early 17th Century Spanish Colonial Snaphaunce-Lock Fowler (single shot/ muzzle-loading/ black powder/ shot ammunition) This snaphaunce, based on the principle of striking flint against steel to create sparks, originated in Spain around 1600. It was restocked and rebanded in Mexico... 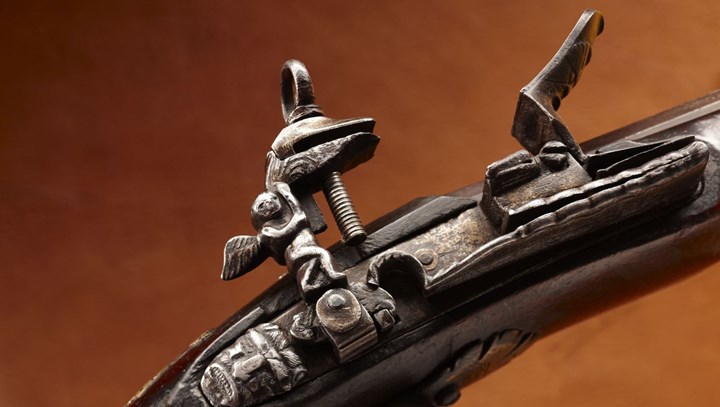 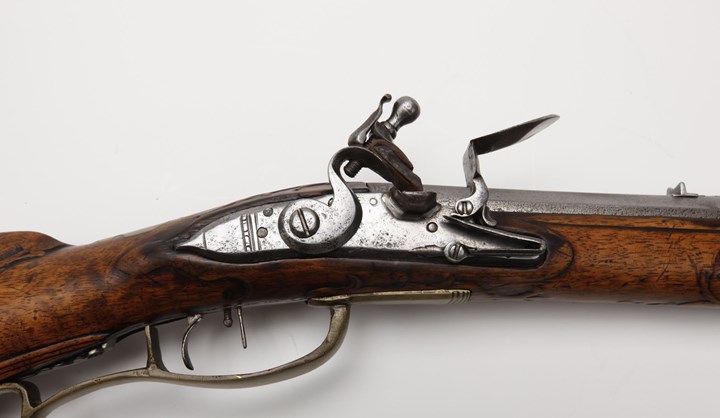 Read more here
More
SUBSCRIBE
In this series, A Brief History of Firearms,  Jim dives into several topics including early firearms, advancements in technology, historical impacts, and modern day firearms. In this segment, Jim discusses the snaphaunce, the first flintlock type gun, as well as the Miquelet system...

Improvements using flint against steel to provide the igniting spark continued in the second half of the 16th century, with two early examples being the snaphaunce, the first flint lock type gun ca. 1560, and the Miquelet, following a couple decades later.

The snaphaunce held a piece of flint in the hammer-like cock, with a pan of priming powder mounted on the outside of the barrel over the touchhole as with the matchlock system. When ready to fire, a steel striking plate (the "battery") would be manually swiveled into place above the pan, and the cock pulled back until it was caught by a sear. Pulling the trigger would release the cock to swing rapidly forward striking the battery, and showering sparks into the pan, hopefully firing the gun.

As with all flint lock type systems, sometimes the priming powder in the pan would ignite, but would fail to transmit the fire to the powder in the barrel resulting in a failure to fire, and giving us a colorful phrase still used today - "a flash in the pan."

Of course, it was also vital to "keep your powder dry," and accordingly many early firearms of this era had a sliding pan cover to hold the powder in place and give it some protection against the elements. The pan cover would have to be manually swiveled out of the way before firing.

Around 1580, the Miquelet system improved on and simplified the snaphaunce by combining the battery and pan cover into a single piece, called the frizzen. This L-shaped spring-loaded piece would be pivoted down to cover the pan after it had been primed with powder. When the cock was released by the trigger, it would swing forward striking the frizzen, producing sparks at the same time it pushed the frizzen up and forward to expose the powder in the pan to the igniting sparks.

In the early 1600's, the basic design of the flintlock, originally known as the French lock, was perfected. The major improvement over the Miquelet consisted of moving the mechanical components for the lock mechanism from their previous position on the outside of the lockplate, where they were exposed to elements and damage, to the interior of the lock.

One of today's premier gunmakers can trace its roots to this era. Beretta began operations in Brescia Italy in 1526, making it one of the oldest industrial companies in the world.