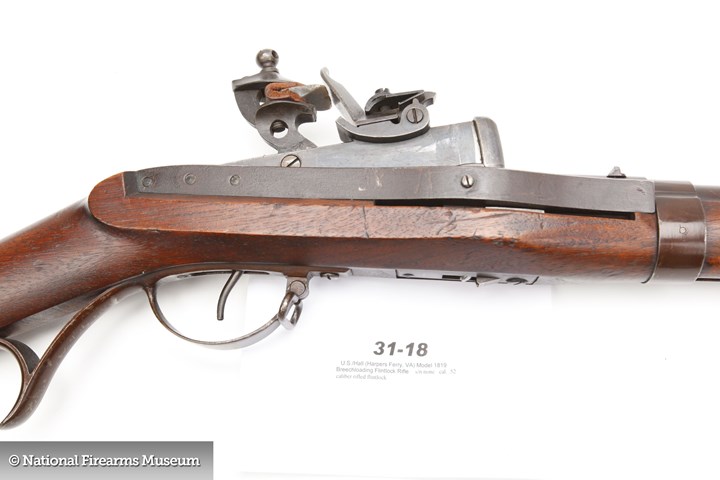 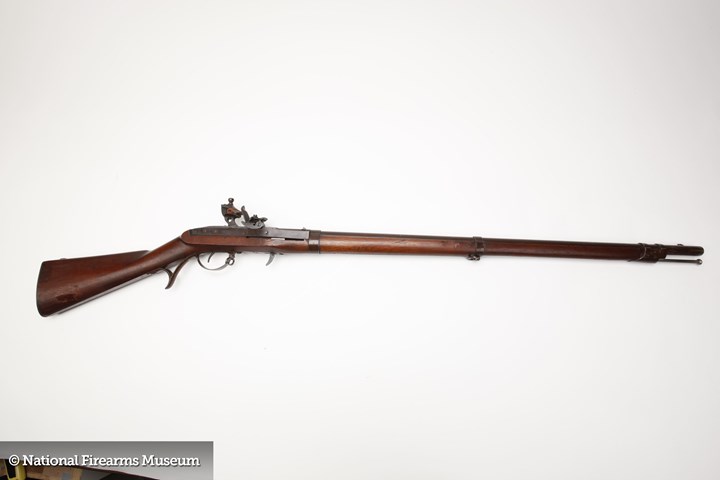 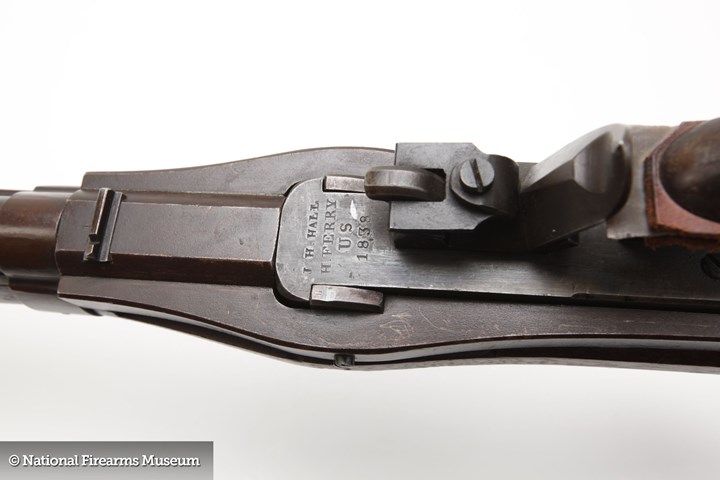 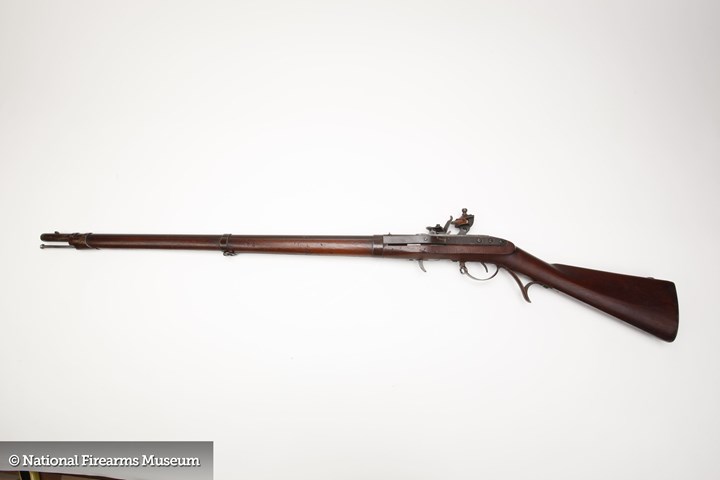 1 of 1
More
SUBSCRIBE
When you first look at the Hall Model 1819 Breechloading Rifle from the top down, it may seem odd. It has a distinctive swell in the stock where the lock is mounted on the top. Despite its unusual appearance, it is a very important gun because it marks two important firsts in firearms history. This model was the first breechloading rifle to be adopted by the United States as a regulation military arm. It was also the first to successfully employ the concept of identical, precision-made, fully-interchangeable parts. Rifles and carbines in various models and calibers were produced from 1824 until 1853. While this particular example is a flintlock, Halls came in percussion examples as well.