The Most Famous Firearm Forgeries 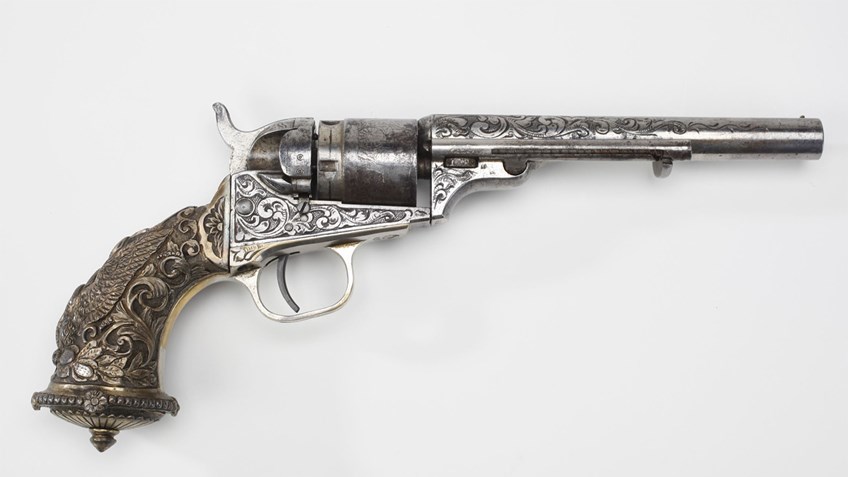 What makes a gun valuable? There are many variables that contribute to a firearm's worth, but one of the most defining traits is historical significance. Guns that were once owned by So-and-So The Great or had been used in a famous battle are one of a kind and have incredible value to a firearm collector.

But for as long as there have been firearm collectors, there have also been imitation firearms. It's unfortunate, but if there's a small fortune to be made peddling a forgery to an unsuspecting collector, you can bet a fraudster will be there.

Some swindlers take great pains to make their forgeries almost indistinguishable from the real thing while others don't even care if the make or model match up. In the extremely rare case, fake guns can become so famous that they turn into collectables themselves.

So which firearms do people like to fake? Here are some of the most popular targets of bogus guns. 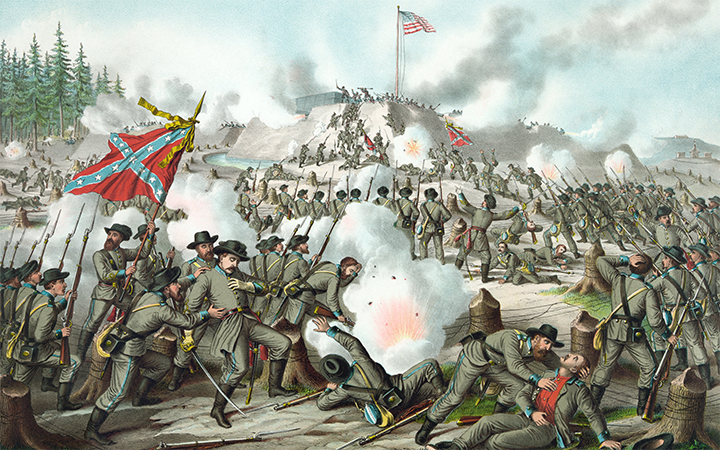 The Confederate States of America produced its firearms under extreme pressure during the American Civil War. They were often very crude pieces due to scarce materials and limited technology and are considered easy to fake. Poor record keeping combined with a widespread interest in the period have led the way for many fraudulent Confederate arms that have romantic stories of their heroic owners. 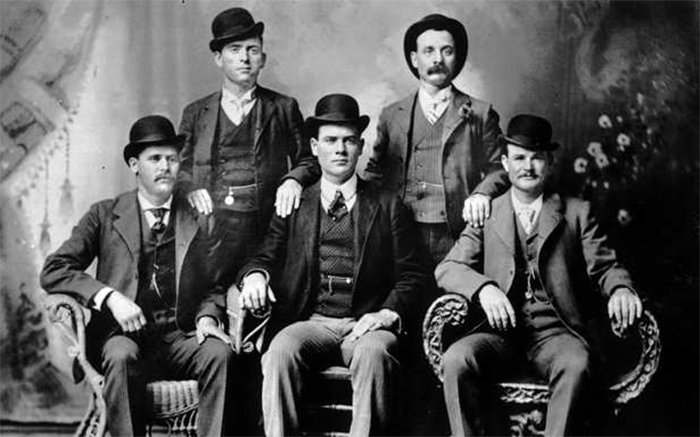 Immortalized in folklore for their infamous deeds, outlaws of the Wild West were no strangers to firearms and their pieces are worth a fortune. Considering factory records don't exist for guns illegally procured by criminals, this class of firearm is ripe for fakery. It’s incredibly hard to verify the authenticity of a gun owned by people like Butch Cassidy, Poncho Villa, or Billy the Kid, but plenty of people claim to own one. 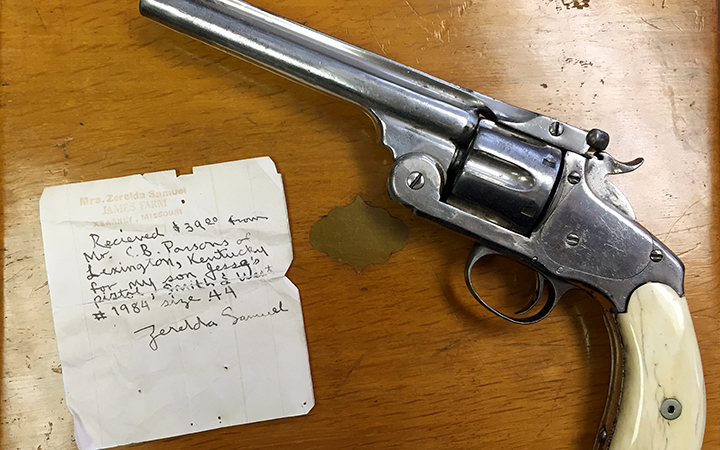 Probably the most famous example of fake outlaw guns comes from Jesse James’ own mother, Zerelda James. Travelers who came to visit Jesse's grave on the James family property would often leave with a special memento, Jesse's gun - or so they thought. Zerelda would pretend to be so moved by the strangers coming to pay respect to her son that she would offer to sell them his gun and even included a letter of authenticity. In truth, Zerelda employed neighborhood boys to scavenge the rivers and forests for random guns which she kept in a box until the next traveler knocked on her door. Eventually her scam was so well known that the fake Jesse James guns she sold became known as “Zereldas” and are now prized collectables. 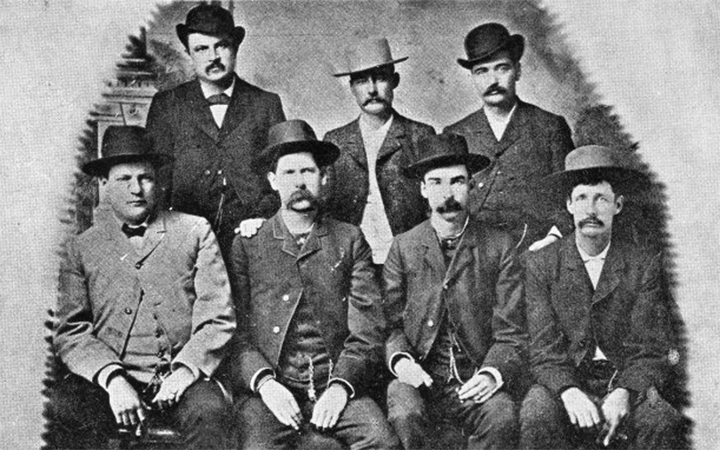 On the other side of the law in the Wild West, the famous lawmen who brought criminals to justice are another popular target for phony guns. Although tougher to pass off because purchases by officers of the law can usually be backed up by factory records, that doesn’t stop people from trying to sell guns belonging to “Wild Bill” Hickock, Wyatt Earp, or Bill Tilghman.

Famed lawman Bat Masterson himself got in on the action. After hanging up his hat later in life and becoming sportswriter in New York City, Masterson used make money on the side by selling guns he claimed were from his days in Dodge City. 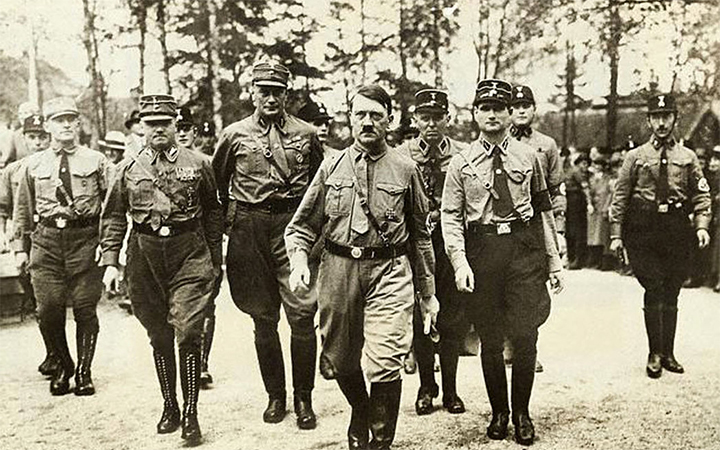 If you start going to gun shows, it won’t be long before someone pulls you aside to talk about the gun they have that was once owned by Adolph Hitler. The allure of firearms owned by some of the 20th Century’s most villainous names has spawned countless forgeries. Hermann Göring, Joseph Goebbels, and Heinrich Himmler also make the list and you're better served just walking away if anyone approaches you about a gun owned by a high ranking Nazi.

Besides being a bank, Wells Fargo also used to transport mail and people across the country in the days of the Wild West. But transporting valuables was a risky business and stagecoaches were lucrative targets for robbery, which is why Wells Fargo made sure their wagons were always accompanied by armed guards. In fact, the passenger seat next to a vehicle’s driver is still referred to as “shotgun” after the spot occupied by a stagecoach’s shotgun-wielding guard.

Guns employed by Wells Fargo guards were stamped with the company’s name and are coveted items among collectors. Although banks keep meticulous records and verifying a Wells Fargo gun is fairly easy, that doesn’t prevent enterprising forgers from stamping an old pistol or shotgun and trying to defraud collectors.

The lesson here is to be careful when buying a collectable firearm. If a deal is too good to be true or a story too fantastic, it probably is – especially if the gun supposedly belonged to one of the above groups.