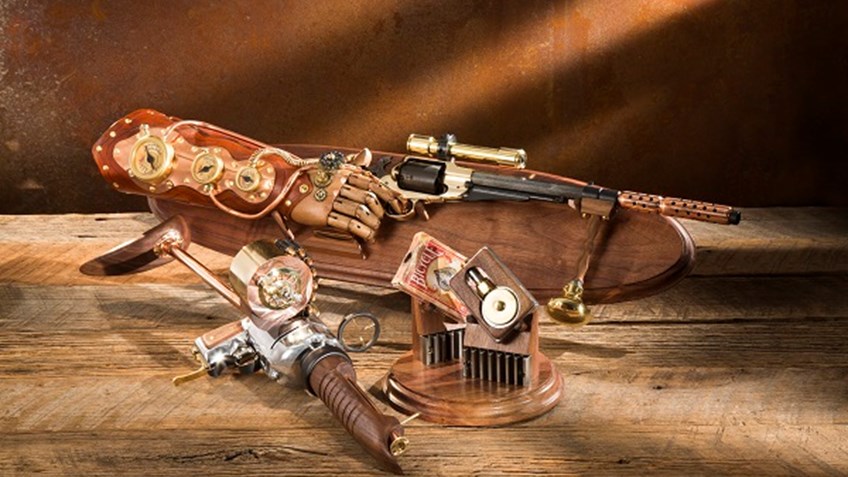 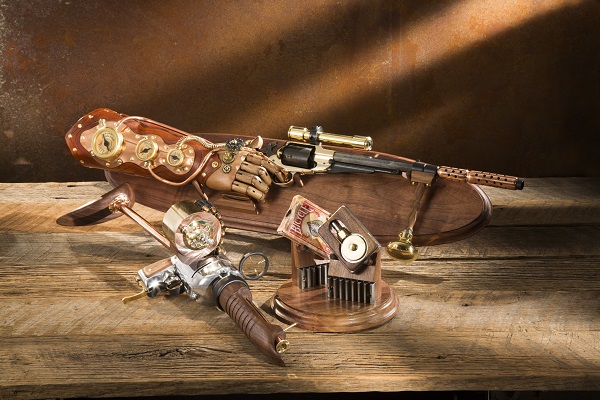 Look no further than the fandoms of The Avengers, Game of Thrones, and The Hunger Games and you'll find a common theme. The realms of Fantasy and Science Fiction have taken over T.V., Cinema, Literature, and now…  The NRA National Firearms Museum!

Unfamiliar with Steampunk? Steampunk is a Victorian depiction of science fiction themes combined with modern technology powered by steam. Continuously evolving, steampunk encompasses science fiction and elements of popular culture – including zombies, dirigibles, mad scientists, and Western gunslingers. For some, the lifestyle of corsets and cravats, ray guns and rocket ships illustrates and represents a favorable era that counters the sterile technology of modern times. 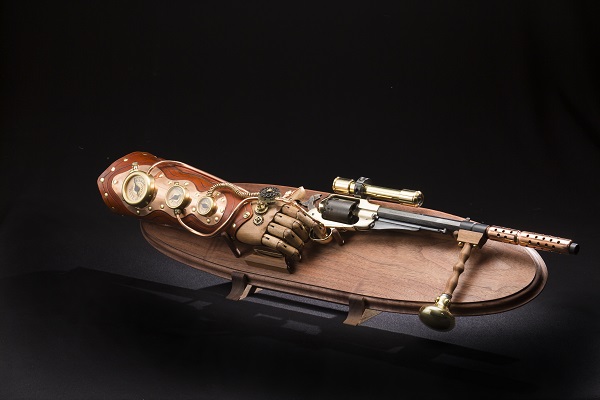 The exhibit will be full of artistic pieces that could have been created on other worlds or in an alternate reality. We have worked to develop this exhibit to the EXTREMES, using some of the most unique firearms ever brought to our galleries.

Ready to be blown away? Plan your visit and get lost in the alternate reality of Steampunk Guns today. Bonus points to those who travel to the Museum via spaceship!

This exhibit was made possible by ModVic, LLC and generous steampunk artists.