APPEARS IN Guns of the Week History 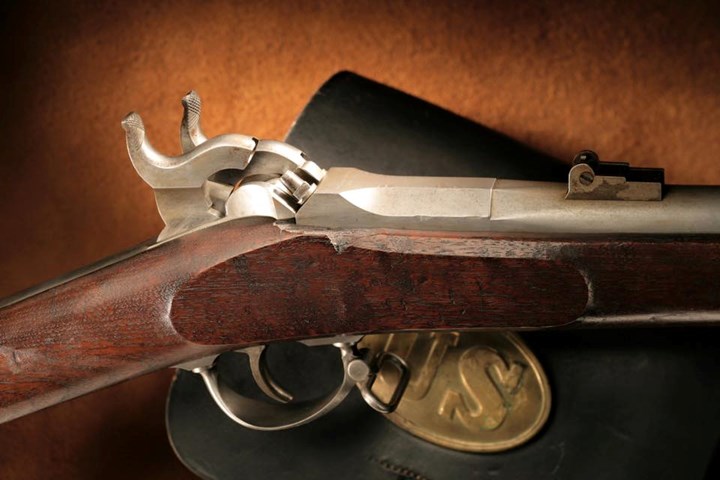 Officially known as the Model 1863 US Double Rifle Musket, only about 1,000 Lindsay double muskets were made following a three-year lapse after the rifle's dual hammer design was originally patented.

While infantry armed with a single shot rifle may have favored a two-shooting shoulder arm, the Lindsay had a nasty habit of discharging both charges simultaneously... which wasn’t appreciated. 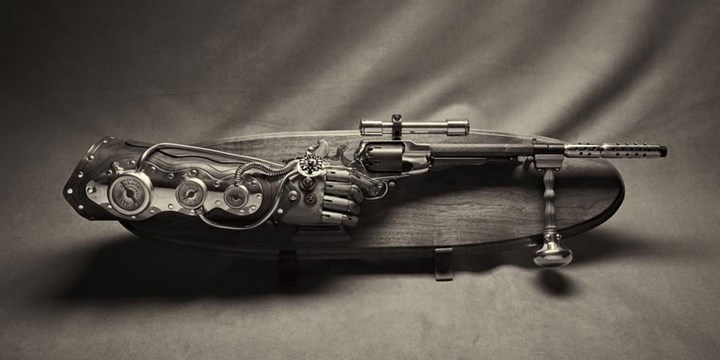 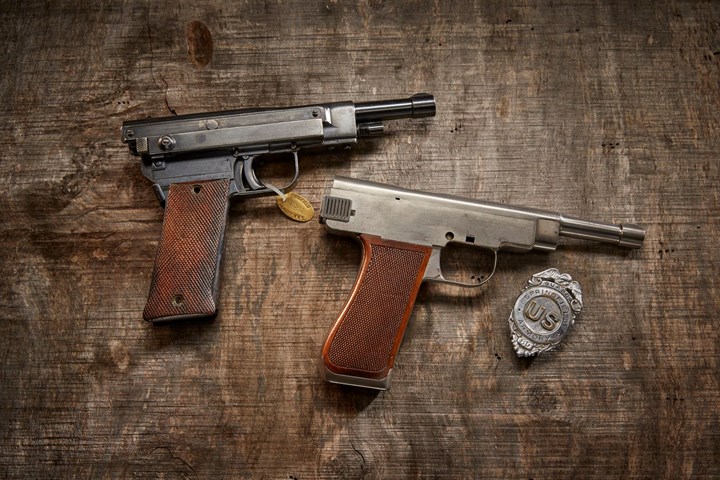 SHOW CAPTION HIDE CAPTION
The NRA National Firearms Museum's new America’s Pistol exhibit relates the United States' trying early 20th century search for a service sidearm that ultimately ended with the 1911. Two designs that didn’t quite make the cut in 1907 were the gas-operated Phillips (left) and the recoil-operated Peirce-Hawkins (right) pistols. Both concepts were developed by Army Ordnance officers, but the many issues that surfaced during later testing resulted in both .45 caliber pistols being sidelined forever. 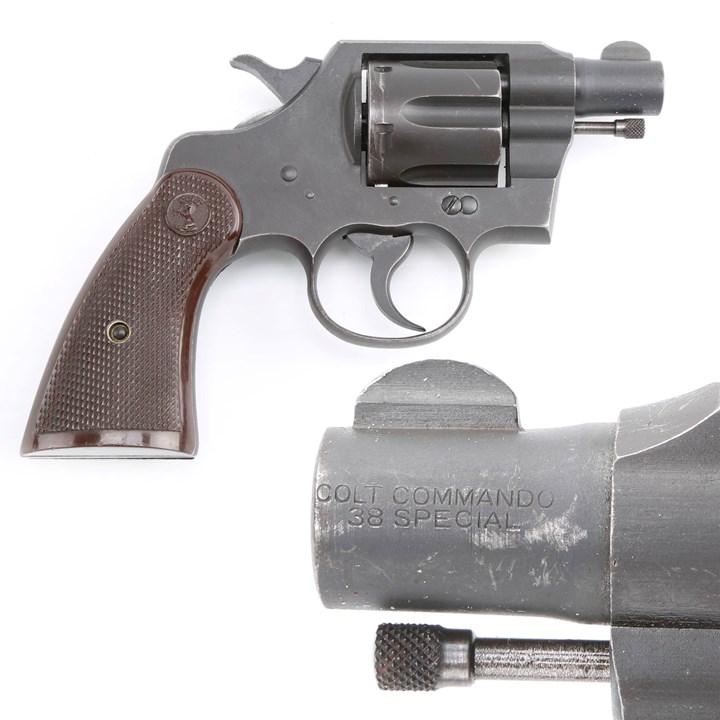 SHOW CAPTION HIDE CAPTION
During WWII, the US Military needed cheap and easy to manufacture side arms in great quantities. Colt stripped the fancy frills from its popular Official Police civilian revolver and introduced the Commando .38 SPL in November 1942. Over 50,000 Commando’s were sold to the US Military through the end of the war including 3,000 with a 2” barrel - instead of the standard 4" - called “Junior Commandos.”

Most Commandos were sent to the Defense Supplies Corporation for use by Military Police and Civilian Plant Guards. Some of the 2” Junior Commandos found their way into the OSS and other clandestine services. It is even said that General Eisenhower carried a 2” Junior Commando. 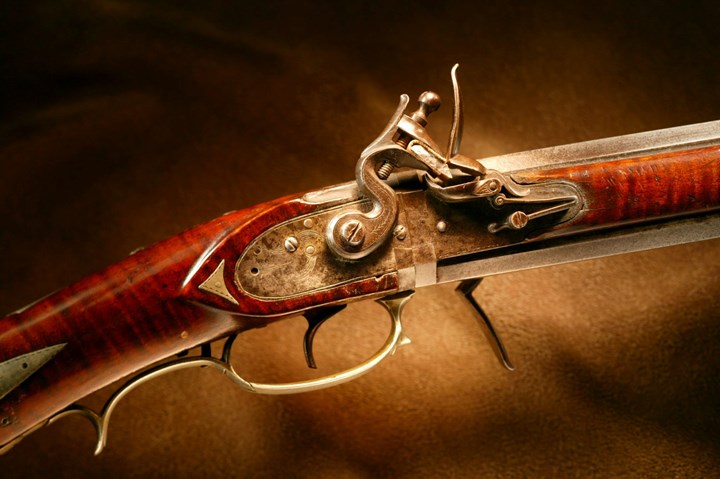 Until Sam Colt began marketing his repeaters, most shooters counted themselves lucky to have a good single-shot gun on-hand. But exceptions like this Lancaster-made John Palm double-barreled flintlock rifle were highly regarded. Palm’s design required squeezing the triggerguard to release the interlock holding the barrels from moving. Each barrel had its own front and rear sight at allow precise sighting-in. 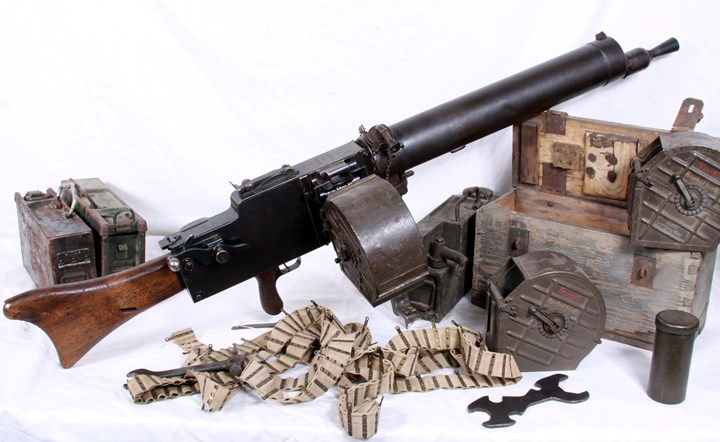 SHOW CAPTION HIDE CAPTION
This is “Gertrude,” a water cooled, belt fed, 8mm full auto German Maxim 08/15 machine gun. She weighs 40 pounds dry and is one of more than 130,000 produced during World War I. The name "08/15" comes from its parent gun, the Maxim Model 1908, which was modified into a light machine gun in 1915. Sadly, the legacy of the 08/15 lives on in the German language as an idiom. “Null-acht-fünfzehn“ (zero eight fifteen) means to describe something that is screwed up and doesn’t make much sense. 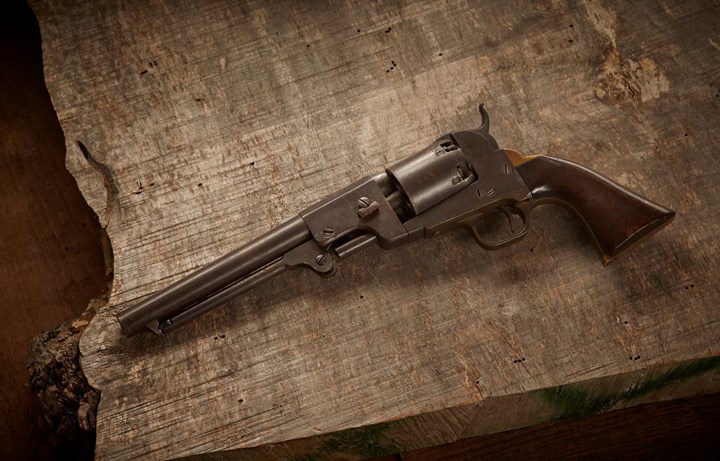 SHOW CAPTION HIDE CAPTION
J.H. Dance and his brothers in Columbia, Texas, were the makers of one of the rarest Confederate handguns during the American Civil War. Less than 500 were crafted, in .36 and .44 caliber versions, from 1862 to 1863.

The unique Dance design – a frame sans recoil shield protrusions – lends itself to a flat receiver, which may have also aided in faster capping of the cylinder. The rest of the design is copied heavily from the Union's Colt Dragoon percussion revolvers.
More
SUBSCRIBE

NRA Museums displays one of the world's most impressive firearms collections across three breathtaking locations: the NRA National Firearms Museum, the NRA National Sporting Arms Museum at Bass Pro Shops, and the Frank Brownell Museum of the Southwest.

Each day, the NRA Museums Facebook page shares one of the beautiful and historic pieces from its collection to give a small taste of what you can see at any location. In case you've missed them or just want to look again, here's a recap of this past week's guns.

IN THIS ARTICLE
NRA Museums Guns of the Week
More
SUBSCRIBE