A Gun Fit For Captain Nemo on NRA News 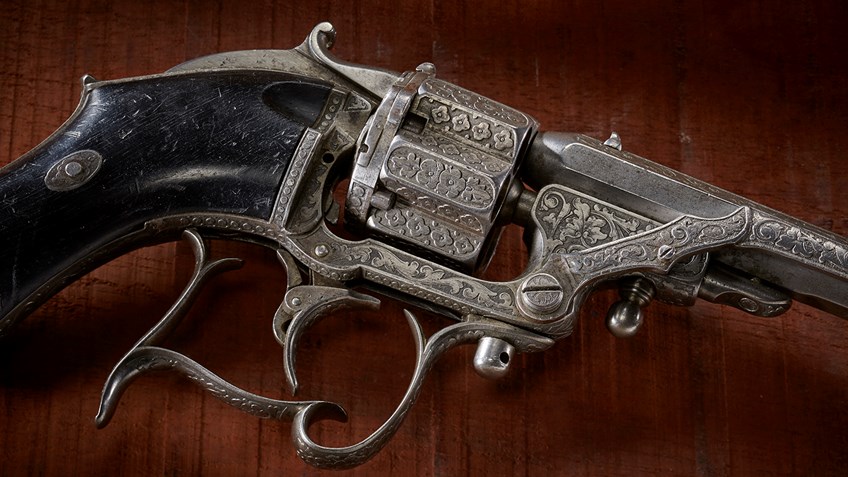 One of the real guns on display that embodies the Steampunk spirit, recently featured on NRA News's Curator's Corner, is this .44 cal Pideault et Cadier double-action revolver. Its delicate construction and ornate engraving are something you could easily imagine being wielded by Captain Nemo from 20,000 Leagues Under the Sea. 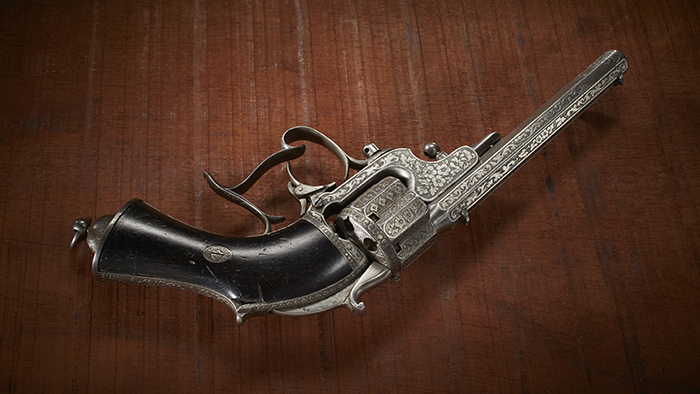 Made around the time of the American Civil War, the Union bought around 700 of these Perrins and paid a higher fee than any other pistol ordered during the war. How did the manufacturer fetch such a high price? The broker was a personal friend of President Abraham Lincoln. As the old adage goes, it's all about who you know.

If you're a fan of Jules Verne or Queen Victoria, the Steampunk Guns exhibit is the perfect showcase of history, engraving, and fantasy that you don't want to miss.