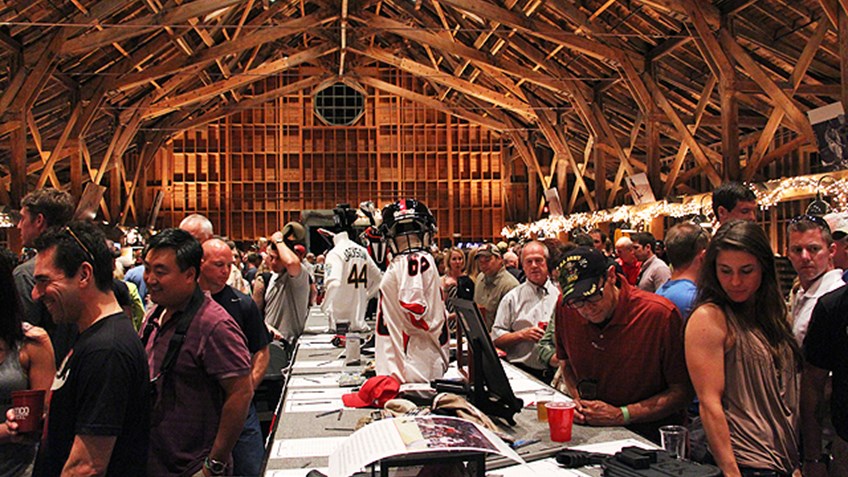 Fayetteville, North Carolina - In a sea of mud surrounding the Capitol building, thousands gathered on Saturday, March 4, 1865, to witness Abraham Lincoln’s second inauguration. The Civil War, running for four long years, was weeks from ending and the focus of his address. Stepping to the edge of the East Portico to address a wounded nation, Lincoln’s speech was much shorter than his first.

The end, found in the fourth paragraph, included a plea for the soldiers caught in this conflict. “(T)o care for him who shall have borne the battle and for his widow and his orphan …” On this Memorial Day, we look to a pair of men who are doing just that for today’s soldiers with the Duskin and Stephens Foundation.

A trip to the range for the Duskin and Foundation fundraiser

“They were teammates of ours,” said Danny Pritchard, co-founder of the event along with Chad Lawson. “We wanted to honor not only their names but their families and legacies of who they are.”

The honor came by way of a Beef & Beer. 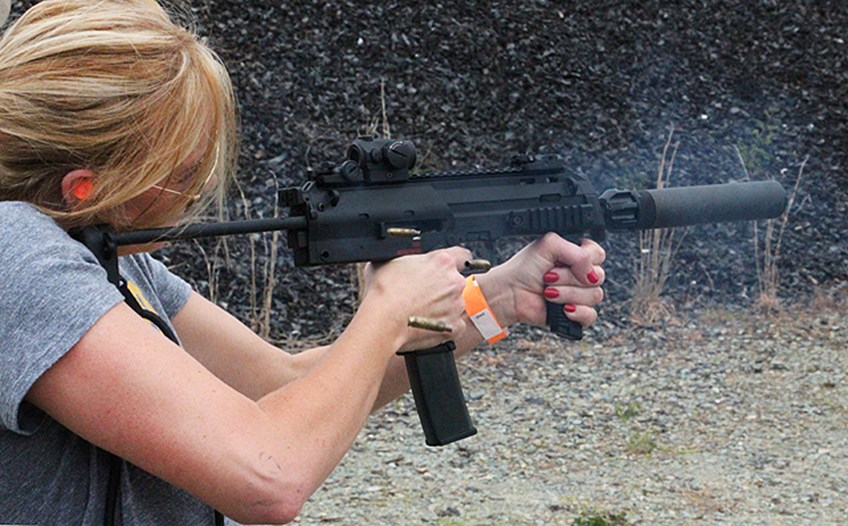 A long standing tradition in Pritchard’s hometown of Philadelphia, a Beef & Beer was held when they lost a cop or fireman. The local community would get together for food, drinks, and a silent auction … all funds going to the families of the fallen.

In the case of Duskin and Stephens, the funds could be significant.

“The first year Chad and I threw this together we raised about $40,000 through ticket sales and $40,000 in the silent auction. Today I’d guess we’re going to double the ticket sales.”

Sandwiched between a morning shoot at a neighboring range and a following morning of golf, the Beef & Beer brought in folks from miles around … well beyond the geographic confines of the surrounding neighborhood. Heather Fitzhugh was one.

“I’ve been attending Duskins & Stephens since year one,” said the team Benelli shooter. “It’s an incredible community that has rallied around these families thanks to Chad and Danny. They’re doing a wonderful job here.” 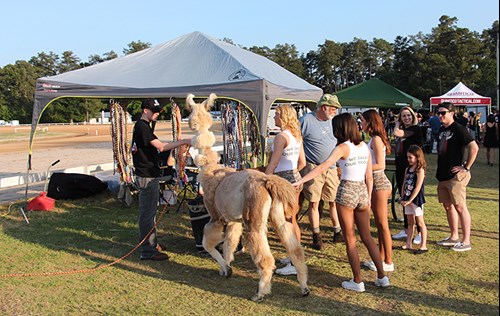 Starting a six, Heather along with another 1,999 people began filing in. There was Becca Rae playing guitar, barbecue cooking, kids taking lama rides and elbows flying as the silent auction fevered on.

An hour later Chad quieted the crowd as CPT. (Ret) Sam Brown stepped to the rail and explained why we were there … to secure an education for the children of the fallen.

That day will come soon enough. The sons and daughters of Duskin and Stephens will find their way to the college of their choice. As will the sons and daughters of other active duty Special Operations Soldiers, Sailors, Airmen and Marines. For the Duskin & Stephens Foundation has no plans of stopping once these two families are cared for. Chad and Danny plan to keep the mission alive for as long as possible. Each year trying to outdoor the next.

“We had mini guns provided by Dillon Aero, Railhouse and Bell Tree pitching in, skydivers jumping, and I’m pretty sure we’ll have elephants and circus monkeys running around next year.” 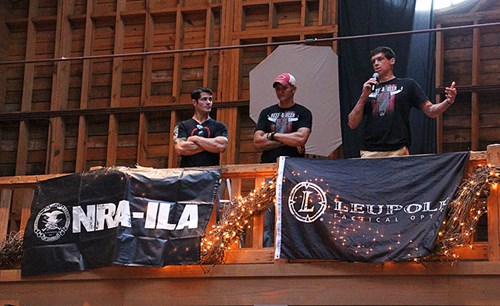 No matter how events play out, this Memorial Day weekend will always hold a special place in our memories. To see these men, these warriors, who have given so much, asked for so little, and paid unspeakable prices. To see them gathered amongst their brethren, with their families and friends, and rejoice in a celebration of life.

A celebration “to care for him who shall have borne the battle and for his widow and his orphan, to do all which may achieve and cherish a just and lasting peace among ourselves and with all nations.”
IN THIS ARTICLE
north carolina veterans military
More
SUBSCRIBE