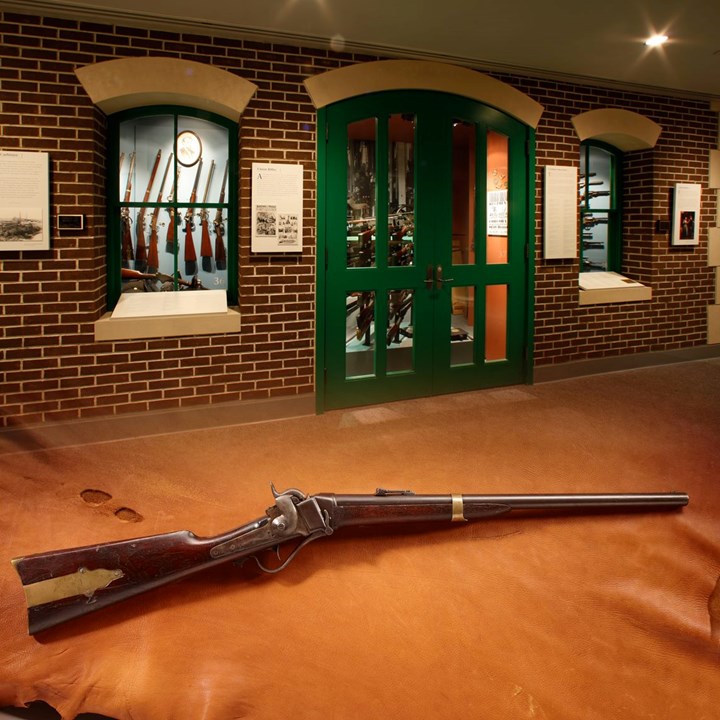 SHOW CAPTION HIDE CAPTION
Back in 1859, abolitionist John Brown led a raid against the federal armory in Harpers Ferry, VA (now West Virginia), in an attempt to start an armed slave revolt. When we designed the NRA National Firearms Museum twenty years ago, our intent was to present our collection in a historical context. One special case concept for the American Civil War was to house a Northern arms factory within “John Brown’s Fort” inspired by the original up at Harpers Ferry. Inside we placed the carbines, rifles, and handguns that the North brought to the conflict. One of our best supporting artifacts was one of the 200 Sharps M1853 carbines that Brown received in boxes marked as bibles. 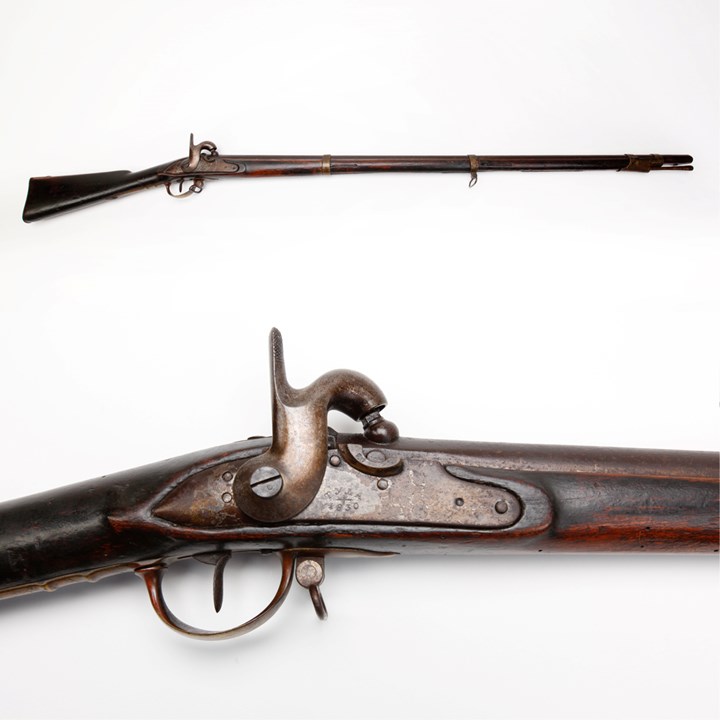 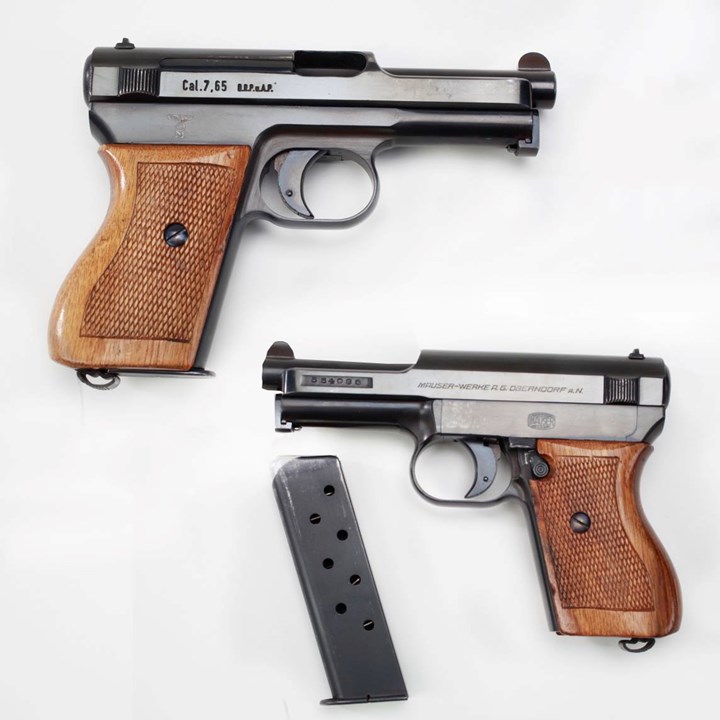 SHOW CAPTION HIDE CAPTION
Made in Oberndorf, Germany – the Mauser Model 1934 was the last version of the 7.65mm handgun design that was brought into production in time for WWI. By the time WWII was in play, the pistol was losing ground to designs like the Walther PPK and its brother, the Mauser HSc. Small pocket-sized pieces were worn as symbols of rank by officers in German military and law enforcement branches. An important feature in the M1934 was the cocking indicator at the rear of the slide. 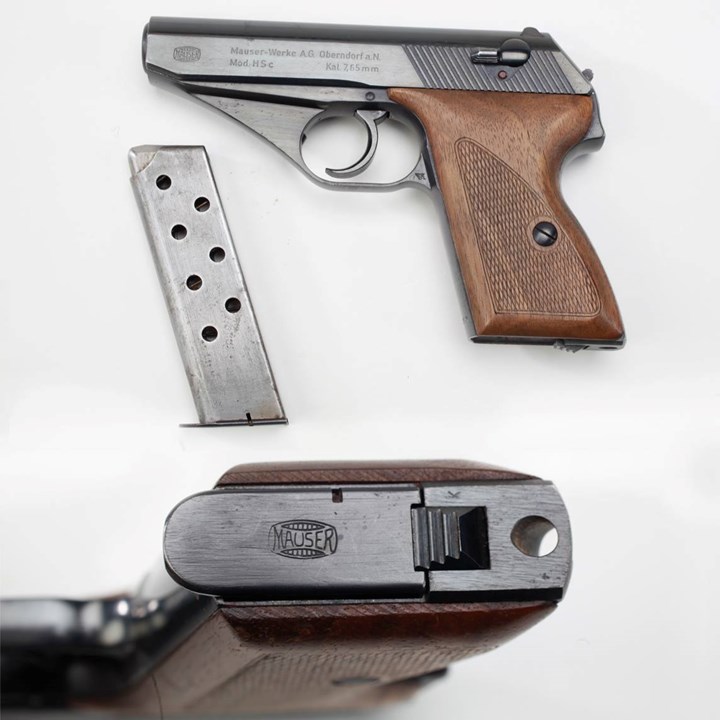 SHOW CAPTION HIDE CAPTION
The Mauser HSc pistol was highly sought after during the Second World War as evidenced by the German War Ministry contracting a full production output of the model. A sleek double-action pocket pistol in 7.65mm (.32), the HSc has a hammer that is almost completely concealed by the slide. Nearly a quarter million were built before the end of the war in 1945. 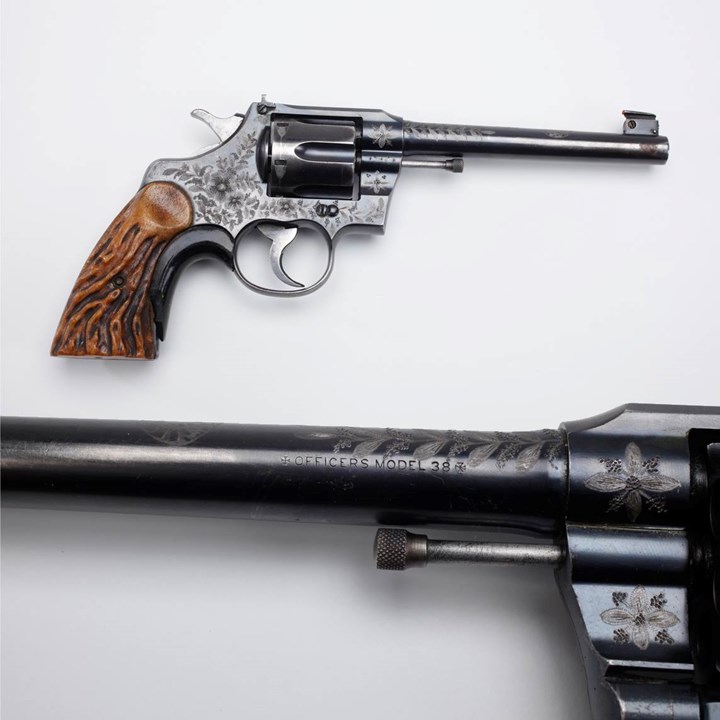 SHOW CAPTION HIDE CAPTION
This custom Colt belonged to Texan Adolph (better known, “Ad”) Topperwein a.k.a. the “Texas Triggerman," a shooting wizard, touring with his wife, “Plinky” – who was no slouch in the shooting game herself. Fitted with bone grips and a Pachmayr grip adapter, this target-sighted Colt Officer’s Model .38 represented a handgun with far better sights than were available on the usual double-action revolvers of the day. From handling this piece, we can also state its trigger pull is definitely in the Colt Custom Shop “Python” class – very, very smooth. 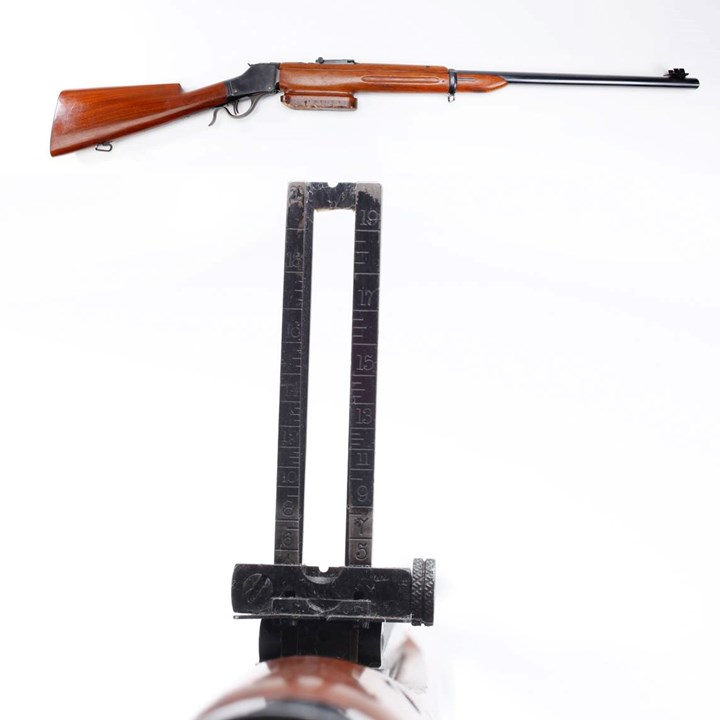 SHOW CAPTION HIDE CAPTION
Winchester’s single-shots were usually set up for rimmed cartridges for easier extraction, but this Winchester 1885 is chambered for the .30-06 and features an unusual cork forend finger rest. There were 20 other rifles in this configuration produced for the Big Bore Rifle Team of Butte, MT – but any .30 caliber rimless “High Wall” Winchester is a rare bird in original factory configuration. 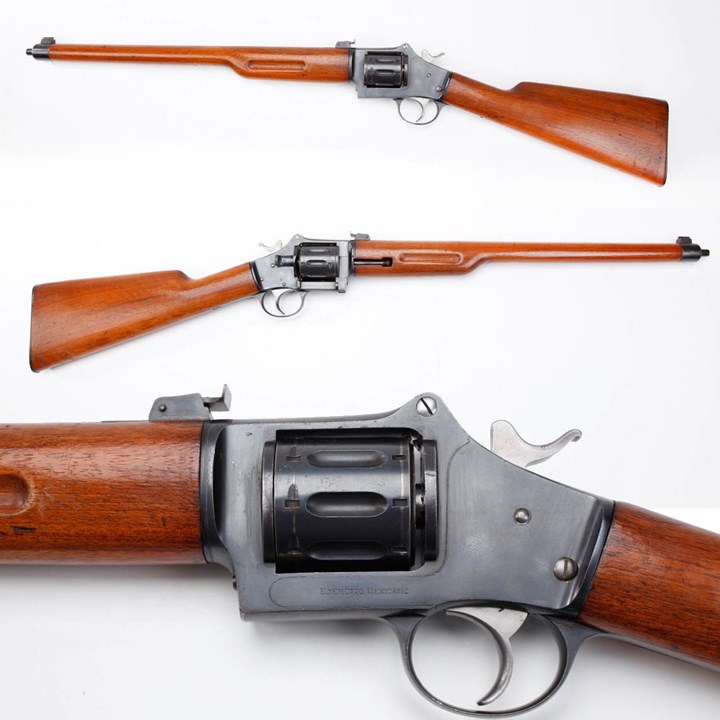 SHOW CAPTION HIDE CAPTION
The Belgian Pieper revolving rifle was an unusual arm, firing 8mm bottle-necked rounds that were moved forward with the cylinder towards the back of the barrel, creating a good gas-seal at the breech. Not many of these nine shot revolving guns were manufactured in the 1890s, but we know where this one wound up, as it has Mexican military markings.
More
SUBSCRIBE
Between the NRA National Firearms Museum, NRA National Sporting Arms Museum at BassPro, and the Frank Brownell Museum of the Southwest, our NRA Museums division has thousands of firearms in its world class collection. That probably doesn't surprise you, but what may impress you is that there is no ordinary piece in the bunch. Each and every firearm bears an interesting story, either about the time period it was a part of, its impact on firearms technology, or the life of a former owner.

There's no shortage of stories to share, and the NRA Museums Facebook page highlights one of their incredible guns every day for everyone to see. In case you missed any of this past week's firearms, here they all are in one place.
IN THIS ARTICLE
NRA Museums Guns of the Week
More
SUBSCRIBE