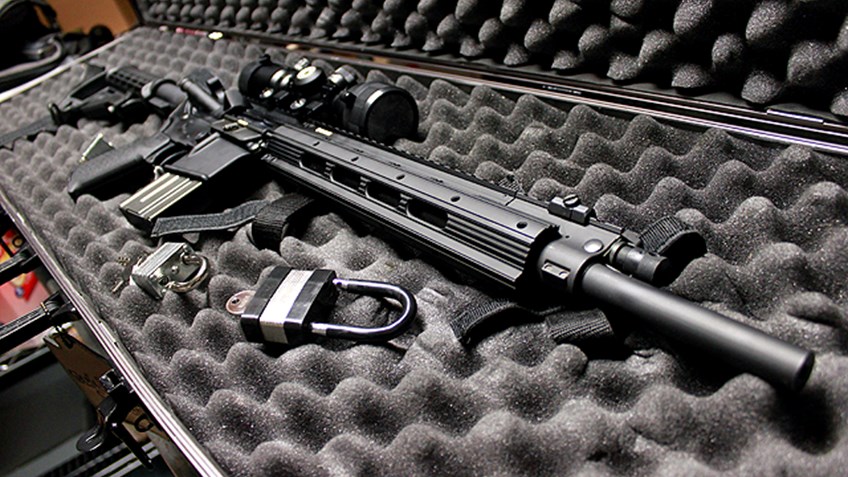 Fairfax, Virginia - New York's infamous "SAFE Act" (the Safe Ammunition and Firearms Enforcement Act) went into effect earlier this week. A largely cosmetic legislative offering, as are most gun control laws enacted over recent years, it instantly turned hundreds of thousands of New Yorkers into potential felons. Among other things, the act bans magazines holding more than 10 rounds, calls for the registration of so called "assault weapons", and outlaws commonplace features such as muzzle breaks and telescoping stocks.

The reaction by New York-based NRA members has been mixed. The New York State Rifle and Pistol Association, our official state affiliate, filed a lawsuit in federal court challenging the SAFE Act on constitutional grounds. Some sold their guns to friends and family living out-of-state. And one, a Mr. Steven Albright, donated his rifle to the National Firearms Museum.

"It was quite a surprise," said Senior Curator Douglas Wicklund. "A welcome surprise, but a surprise nonetheless."

Arriving just before the April 15 deadline, snugly secured in a black padded case, was a Ruger SR 556 AR (or as it reads on the Ruger website, “the AR platform redefined.") Included in the package was a note from Mr. Albright:

I know it is a bit strange to send this to you, but the deadline on the NY SAFE Act is looming over me. The best thing I could think of to keep my family out of harm's was but still oppose the registration and the SAFE Act was to donate this Ruger SR 556 to the NRA.

Hopefully (it can be used) ... to oppose these unconstitutional laws that are being thrown at us. 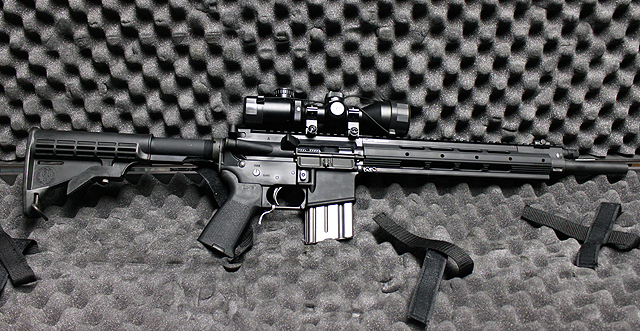 This is the first firearm to arrive at the NRA Museum because of the ban. Chances are it won't be the last.
"There are few options for those living in New York," said Wicklund. "That being said, we are more than happy to give this wonderful rifle a new home."

The Ruger SR 556 violates New York's SAFE Act in a variety of ways. First we have the collapsible stock. Second is the pistol grip. Third are the detachable magazines. Suffice to say, this fine piece of machinery was turned from a modern sporting rifle into an "assault weapon" with the simple stroke of Governor Cuomo's pen, thus turning a safe, responsible gun owner into a felon.

One would think there are more pressing matters to address in New York — but that is for another day.

Until then, the Ruger will remain the property of the NRA National Firearms Museum. And, like a small percentage of the guns in the collection, she will be pulled every now and then for a little range time.

Especially if Mr. Albright ever decides to make the trip down I-95.