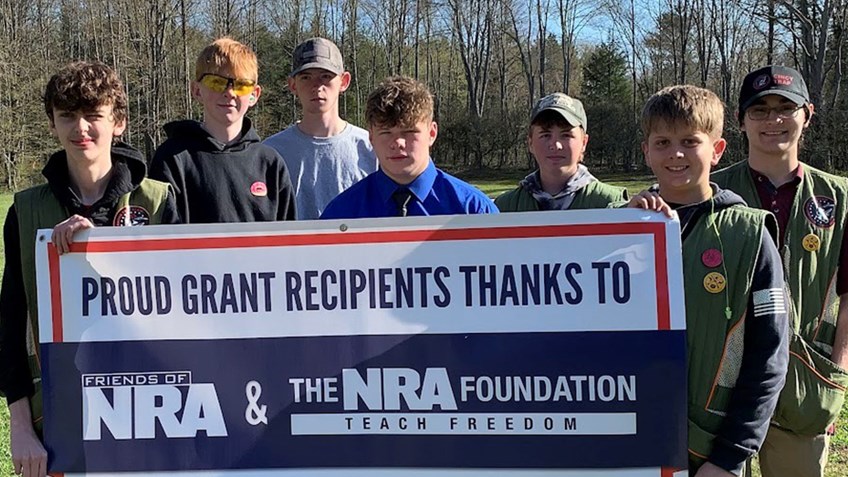 Cincinnatus Central High School Trap Club would like to extend its appreciation to Friends of NRA and The NRA Foundation for the purchase of clay targets for the spring league at Willet Rod & Gun Club and McGraw Sportsmen’s Club. This was the first grant that the Cincinnatus Central High School Trap Club received from The NRA Foundation. The $400 grant has supported Cincinnatus student’s participation in range day, weekly trap practices, and five spring league competition weeks.

As students of the trap club, they join the New York State High School Clay Target League, whose mission is safety, fun, and marksmanship. Cincinnatus competed against six other NYS schools in Conference 1; Section 1A and tied for first place with a total score of 441. All of the athletes placed in the Top 25. Next on the students' competition list was the NY States Tournament on June 26, which was held at the Bridgeport Rod & Gun Club. This is Cincinnatus Trap Club’s second year participating in the NYS High School League and their first year participating in-person at the States Tournament.

Interested in receiving an NRA Foundation grant? Learn more and apply starting on August 4, 2022 at https://www.nrafoundation.org/grants/