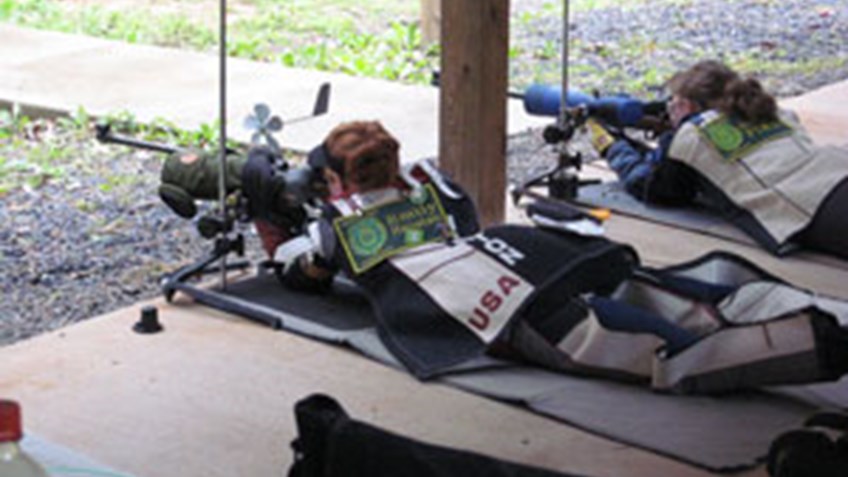 More
SUBSCRIBE
Massachusetts Institute of Technology (MIT) junior Emily Houston is no stranger to outstanding achievements. With 20 national records, 5 appearances at the Junior Olympics, and a 2006 NRA Air Gun Championship, Emily is used to being in the spotlight. After a recent win, Emily can add a few more accolades to her already impressive shooting résumé.

Emily was named the Mid-Atlantic Conference (MAC) Air Gun Shooter of the Month in January after scoring an amazing 579 at the Bean Pot Invitational, tying for the top individual total in air rifle at the event. This total also helped her lead the MIT Engineers to victory over Penn State, 2235-2229. In addition to being named Shooter of the Month by MAC, Emily was recently chosen as Athlete of the Week by MIT’s newspaper, The Tech, for her performance.

Emily and her fellow Engineers are gearing up for the MAC Championships at Virginia Military Institute this Sunday, March 7. While she prepares for this weekend’s championship match, NRAblog.com caught up with her father, Floyd Houston.

Emily has more than ten years of experience with air guns, competing with her home team, the Arlington Optimist-Acorns Junior Rifle Team, and various NRA training opportunities. Floyd believes that the lessons learned from competitive shooting have carried over into other aspects of Emily’s life. “She’s been able to develop a set of skills that include focus and concentration, as well as a feel for teamwork that applies to many areas of her life,” Floyd said.

Emily’s impressive academic achievements are certainly a testament to Floyd’s statement. In high school, Emily was the valedictorian of her class at Lake Braddock Secondary. She currently holds a 4.9 GPA out of a 5.0 in Mechanical Engineering at MIT. Despite her rigorous schedule, Emily manages to masterfully juggle academics and athletics, using rifle practice as a way to keep herself grounded.

“Rifle [shooting] has evolved for her, from something totally goal-oriented, to a performance-oriented activity from which she draws positive energy. Instead of shooting being the focus of her life, shooting is where she is able to refocus,” Floyd said.

Emily has attended three NRA Advanced Junior Rifle camps, as well as an NRA Rifle Coach School. The skills learned through the NRA Coach School helped Emily to grow the MIT Rifle team and become Captain of the Varsity Team as a sophomore. Emily’s history with the NRA also includes clinching the title of 3 Position Air Gun Precision Champion at the 2006 NRA Air Gun Championships and summer internship with the NRA’s Coach Education Program.