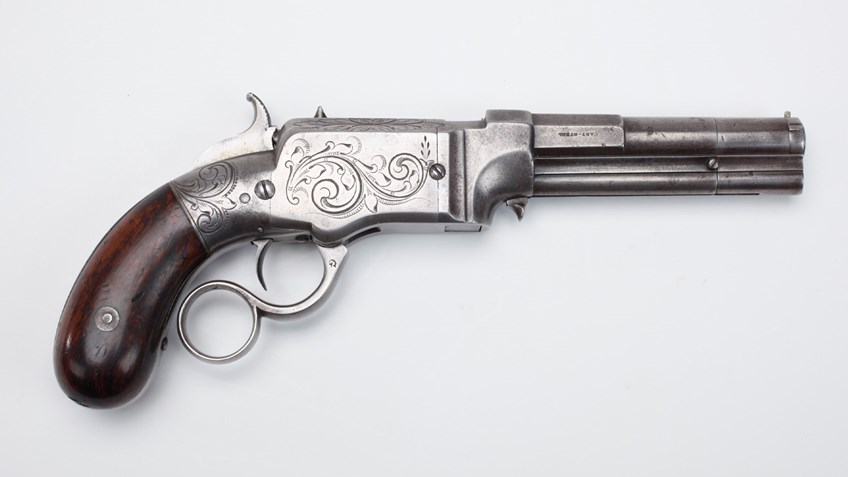 American firearms company Smith & Wesson, to this day, manufacture revolvers alongside semi-automatic handguns. Did you know they started off in an entirely different direction?

Horace Smith and Daniel Wesson partnered in 1852 and began producing a lever-action repeating pistol that relied on a tubular magazine. These unusual handguns weren’t created at the Springfield, Massachusetts factory that still exists, but another facility in Norwich, Connecticut. With only a limited run of about 1,000 iron frame pistols, these first Smith & Wesson-marked handguns were met with limited market acceptance and the tepid sales probably contributed to both Smith and Wesson liquidating their shares in 1855 by sale to a newly organized firm, the Volcanic Repeating Arms Company. 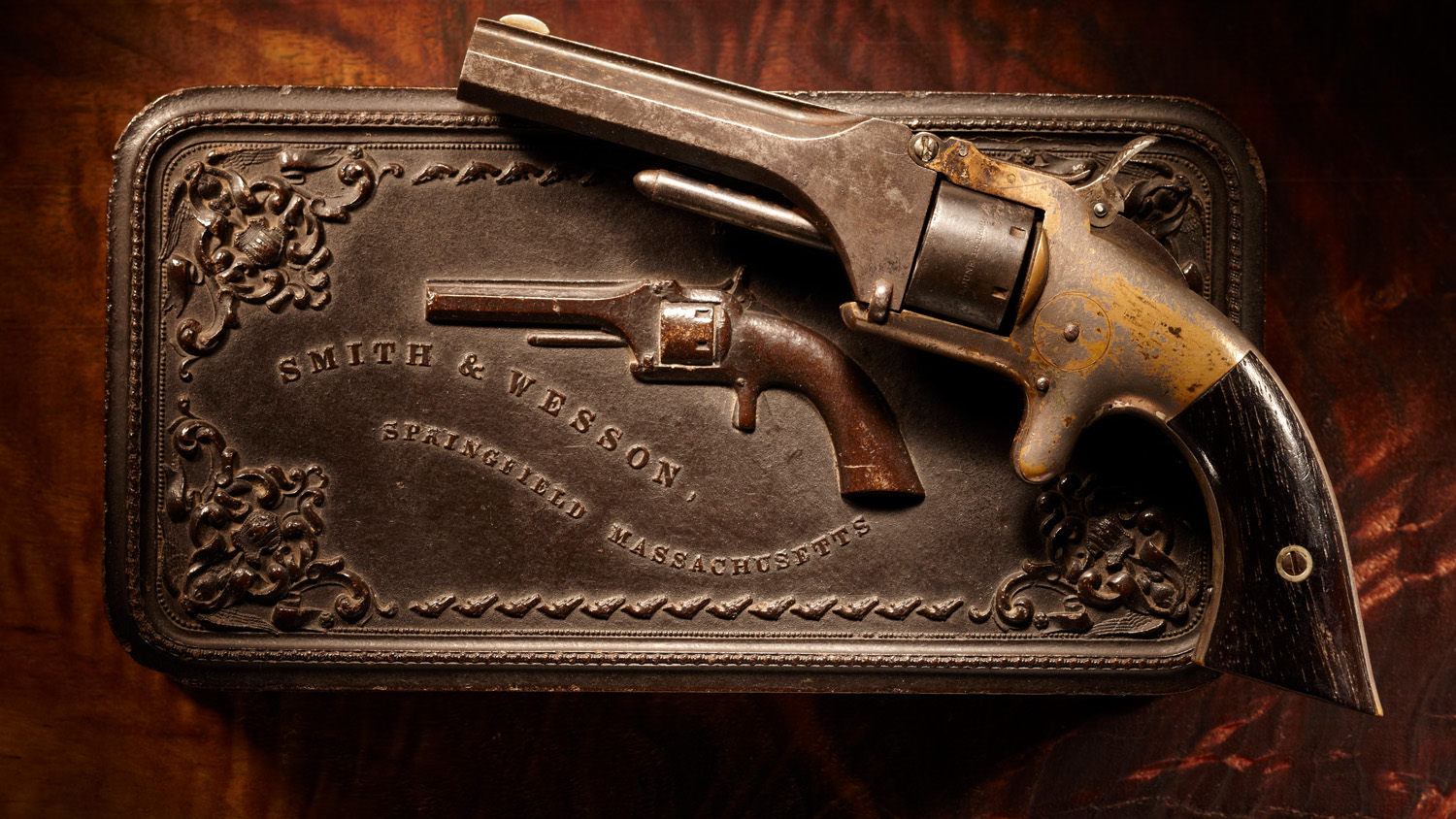 Horace lingered as the plant manager while Daniel elected to stay on as plant superintendent as the manufacturing works were moved to New Haven, Connecticut. Though the basic Smith & Wesson design remained nearly the same in the Volcanic guns, the shift from an iron to a brass frame might have been one decision that moved both Smith and Wesson to depart New Haven and return to Springfield.

No doubt the bankruptcy of the Volcanic Arms Company that year also provided motivation. However, the end result was the same. The New Haven Arms Company took over the Volcanic factory in 1857, under the leadership of Oliver Winchester, quickly producing a brass-framed repeating rifle known as the Henry. In 1866, the Winchester Arms Company came into existence. The same design that had proven to be less than successful for Smith and Wesson was to be the launching point for the Winchester arms empire.

Willing to try once more, Horace and Daniel embarked on another partnership in 1856. This time, to develop and market a revolving handgun that would utilize metallic cartridges of their own design.

This would be their Model No. 1 revolver, a small seven-shot .22 rimfire handgun. 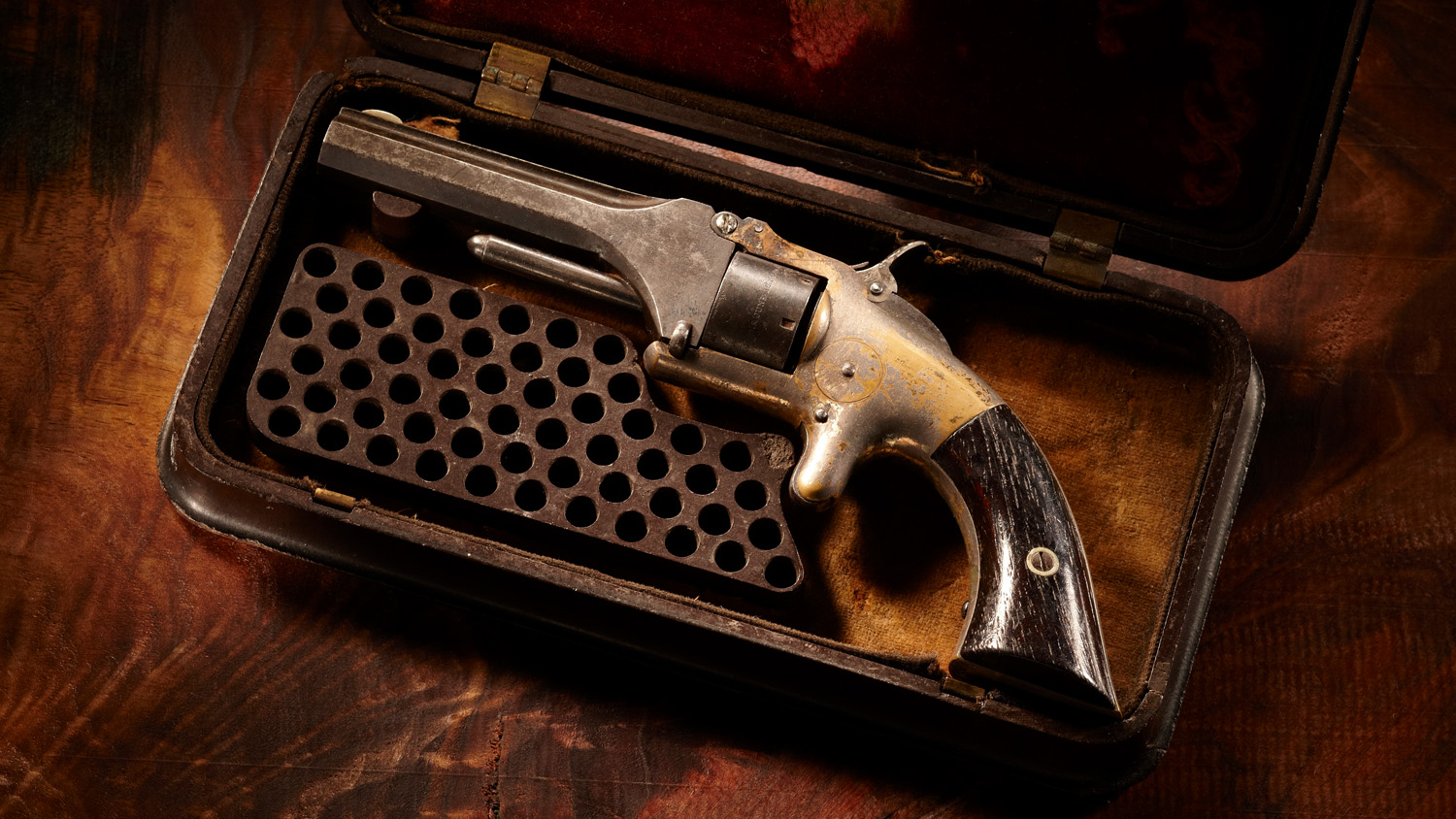 The metallic cartridge that they had created to replace the awkward “rocket balls” used in the earlier Volvanics was the linchpin of this design and to maximize this feature, Smith and Wesson had taken out insurance. The initial patent for a bored-through cylinder had been filed by a gunsmith, Rollin White, working with the Colt factory. White offered the key to marketing revolvers with metallic cartridges. And so, Smith and Wesson mad arrangements with him to have exclusive rights to utilize his patent.

The first run of their new design was an immediate success for Smith and Wesson – nearly 12,000 were produced from 1857 to 1860. The small revolver was compact enough to easily be carried in a pocket and could be easily loaded or unloaded.

A second and improved issue for the No. 1 design resulted in another 117,000 revolvers being manufactured from 1860 to 1868. Customers could choose from a basic model with rosewood grip panels, or select an engraved and plated deluxe gun that could even come housed inside a black gutta percha case. Never reluctant to promote their own wares advantageously, these cases had a S&W No. 1 revolver molded into the front surface in high relief. Inside a block drilled out to hold .22 cartridges, as well as an elegant velvet lining, resulted in the perfect accessory. 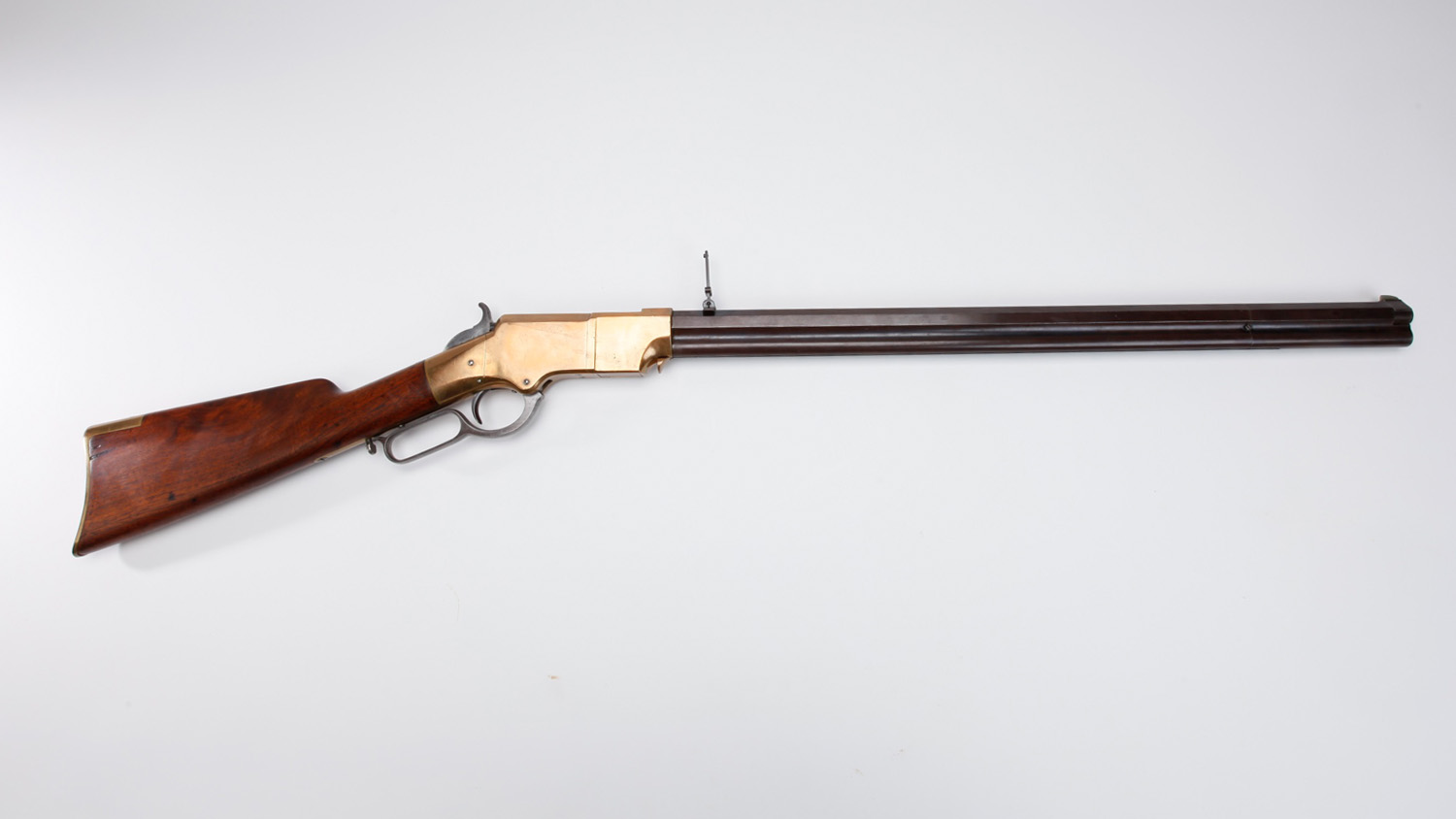 During the American Civil War, these small Smith & Wesson .22s proved very popular with officers and enlisted soldiers. While the small rimfire cartridge had little stopping power, the fact that there were seven of them housed within the cylinder gave their owners some reassurance.

In 1861, the Smith & Wesson Company introduced their No.2 or Army revolver. This larger handgun was a six-shot .32 rimfire revolver, following much the same lines as the No. 1. Even General George Custer owned a pair of Smith & Wesson .32s.

Smith & Wesson’s No. 1 .22 revolver remains to bea popular choice for collectors who recognize this diminutive seven-shooter was the first the first Smith & Wesson revolver. To see these firearms in person, visit the National Firearms Museum in Fairfax, Virginia or click here to view the galleries online!