Equal Height, Equal Light: Getting Your Pistol Sights On Target The Right Way 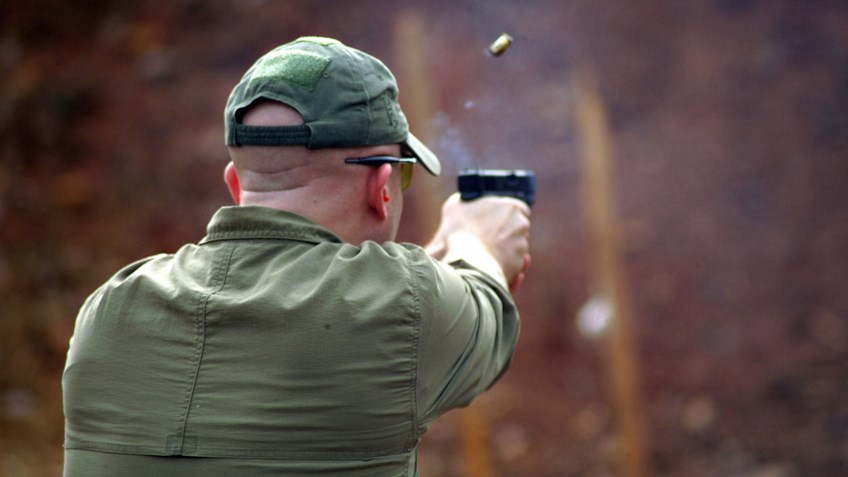 If Hollywood icon Marine Corps Gunnery Sgt. Hartman was teaching bumbling recruit Leonard “Private Pyle” Lawrence how to aim a pistol in the Stanley Kubrick cult classic Full Metal Jacket, I can only imagine it would sound something like this (sans more colorful language):

“Knife edge across the top with equal height and equal light on both sides, Pyle! Equal height, equal light!”

My goal here is to teach beginners how to properly aim a pistol (and correct some errors committed by the more experienced.) Before we get into the tactics, I’d like to reference a quote from the late Pat Rogers, a former NYPD sergeant, Marine Corps warrant officer and firearms training legend: “Folks, it’s not rocket surgery or brain science.” (Needless to say, I share Pat’s sense of humor.)

Without further ado, let’s discuss the secrets to success of using your body to help you achieve the first component of pistol sight alignment. Traditional pistol sights have a rear sight which looks like a “U” or “V,” and a front sight that looks like an “I.” By putting the “I” in the center of the “U,” you should have what resembles an uppercase “W.” This is what is referred to as sight alignment.

The second component of pistol aiming is sight picture. Sight picture is the projection of the sights you just aligned onto the target – in other words, lining up your sights onto what you want to shoot. Most pistols that do not have adjustable sights, mainly designed for defensive applications, are set up for point of aim to point of impact at seven to 10 yards. This means that the shooter should use a center-hold, aligning the pistol sights on the target. In layman’s terms, imagine cutting a pie into a top and bottom half and aligning the top of the sights to the cut in the center of the pie. 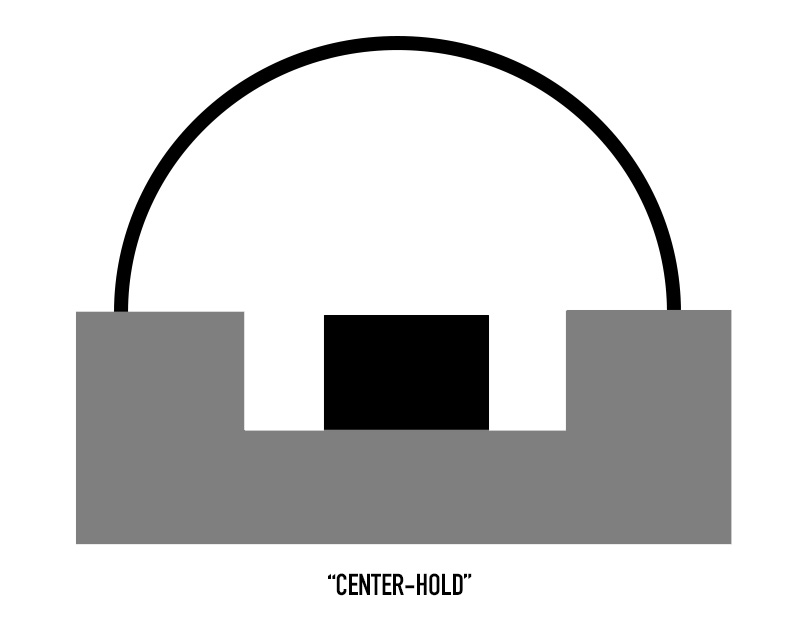 If I am shooting using fixed iron sights at plate racks at 20 to 25 yards away, I will need to “lollipop” the sight picture, as the point of impact is slightly higher then the referencing aiming point. The challenging part is what you need to focus on. If the user has adequate time to maximize their accuracy potential, the shooter should focus on the front sight. This will produce a clear view of the sight post while the rear sites will be out of focus, and the target will appear slightly blurry. 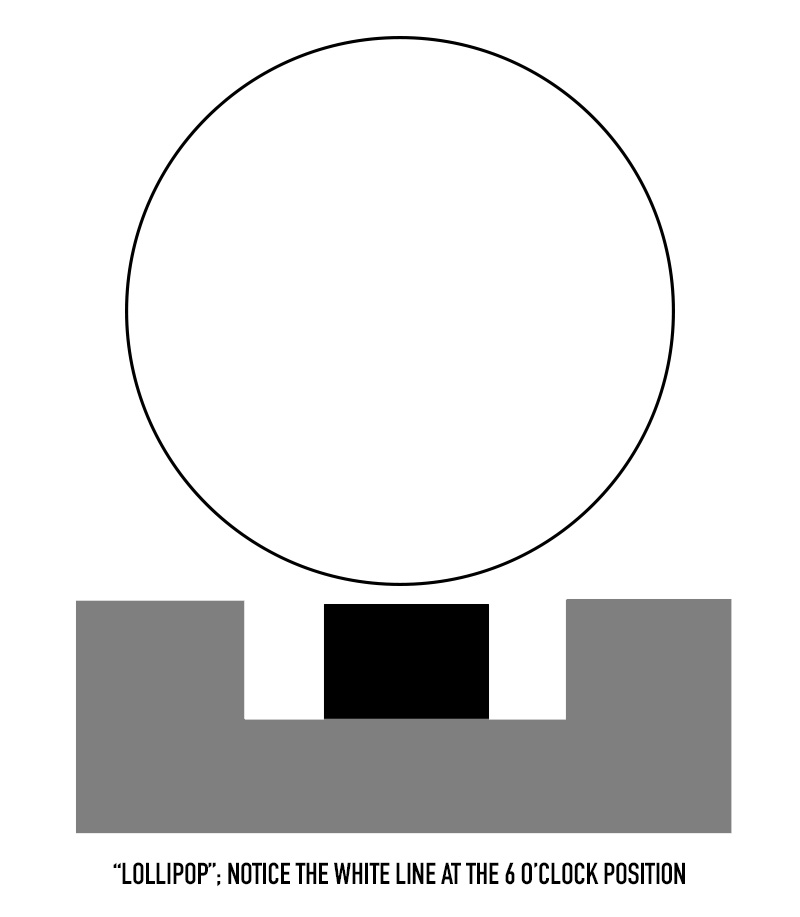 To fine-tune it even more, many advance shooters focus on the center of the top of the blade of the front sight. I think Mel Gibson’s Benjamin Martin from The Patriot put it best: “Aim small miss small.” You’ll need to learn to hard focus on the top center edge of the front site blade. I referred to this earlier as the “knife edge” across the top of your front sight, while maintaining an “equal height and equal light” between the front and rear sights. 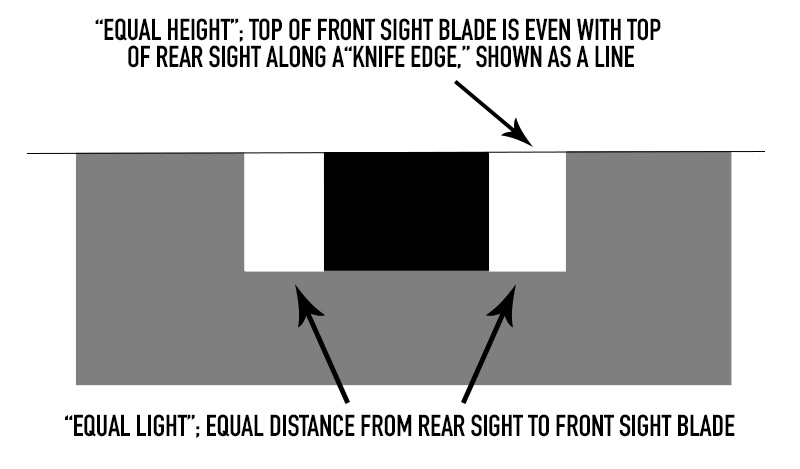 In shooting situations in which time is important or limited and distances may be closer on a larger target, the necessity of sight alignment is less important than getting good and effective hits on target. By attending an NRA Personal Protection in the Home Course or NRA Carry Guard Level 1 course, students will be exposed to gross sight misalignment drills (also known as defensive accuracy) that teach them to balance sight alignment and speed in order to gain effective hits on an aggressive threat.

In recent years, there has been a movement to mount red dot optics on pistols, including for concealed carry purposes. This has been a force multiplier for many, but for some it has added to the confusion. However, with good training and practice, a reflex optic is a versatile and efficient tool, particularly for those shooters with weaker eyesight. Using a red dot moves us away from the traditional pistol iron sight alignment while exposing the student to a more target-focused style of shooting. 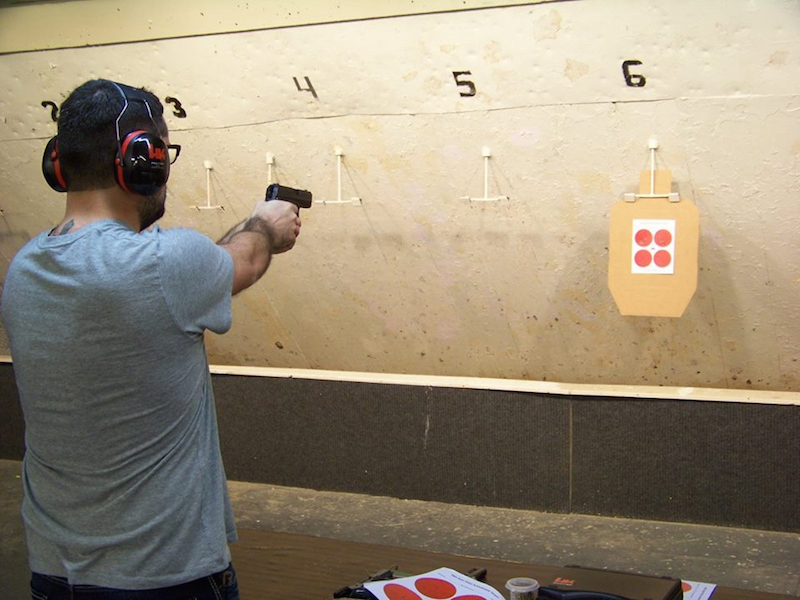 If you are struggling with what you think are sight alignment errors, stop! Don’t pull out a hammer and drift punch and start pounding on your sight. Odds are if you’re a right-handed shooter and are shooting low and to the left (or low and to the right for southpaws) it’s probably not the sight alignment that's the problem. Of course, in rare cases the sights on new guns may be misaligned, but firearm manufacturers have been making and aligning sights properly for generations and nearly all pistols from the factory are going to be properly configured.

Aligning the sights is a relatively simple task – hold control, or the ability to hold the pistol steady while manipulating the trigger straight to the rear, is the hard part. We’ll cover that in a future article. For now, click here to learn more about and find an NRA Personal Protection Inside the Home Course near you, or learn more about NRA Carry Guard training by clicking here.

In the meantime, check out this NRA Firearm Science video in which competitive shooting champions Jessie Duff and Tommy Thacker explain the fundamentals of pistol aiming!