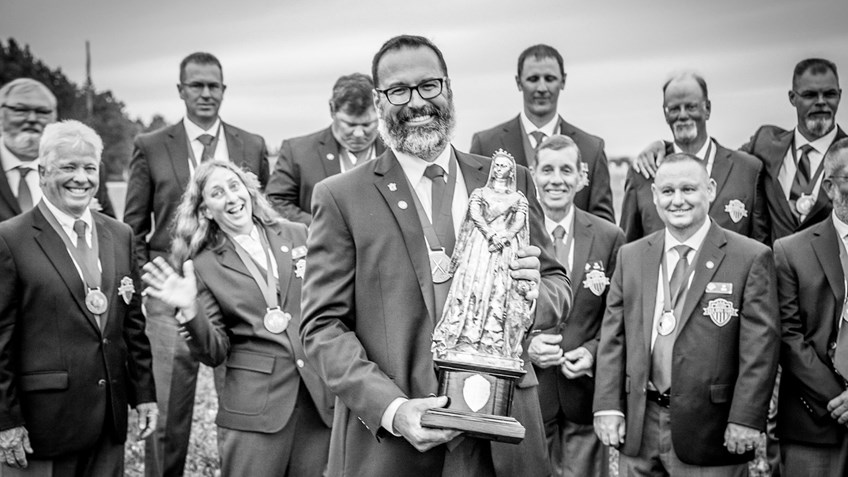 F-Class matches are comprised of two divisions: F-TR which is shot with a .308 and bipod and F-Open which entails shooting off a rest with any caliber less than 8mm.

This is our experience from the F-TR Championship. 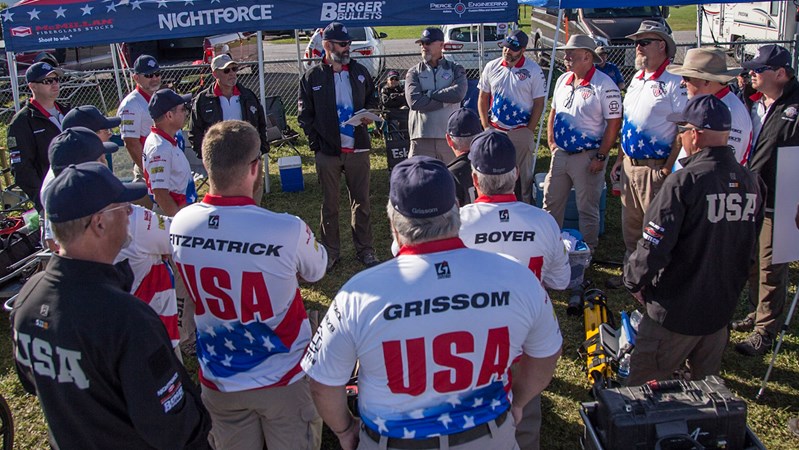 The two-day team match surpassed expectations and came down to the very last yard line. The first day started with Team Australia taking lead by 11 points with Team Canada trailing behind 6 points. We made up two points at 700m and shot even with the Australians at 800m - leaving us 9 points down going into the final 900m stage.

Team Australia chose to start shooting right away in what looked like easy conditions. So, we waited, hoping for better. While we anxiously waited, team USA remained focused and ready. Luck was on our side that day. Things calmed down and the shooters and coaches performed flawlessly making up the 9 points and pulling ahead in the last few minutes of the match. 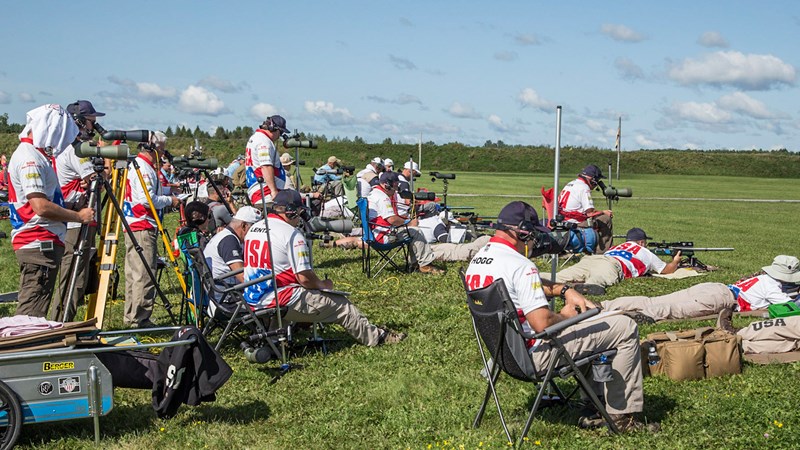 We were the last team on the line shooting and everyone was behind us - watching intently. After two days of neck-to-neck competition, the match came down to the last two shooters. Our last shooter, Derek Rodgers, started with only 12 minutes remaining where he finished his string of 15 shots in roughly five minutes. With only two points dropped, he gave us a six point victory.

Our team was so focused on delivering our very best performance that we weren’t sure how the other teams had finished. After Derek completed his last shot, the captain from Team Australia came over to personally congratulate me and the team. They had been watching our scores throughout the match and knew that we had won. 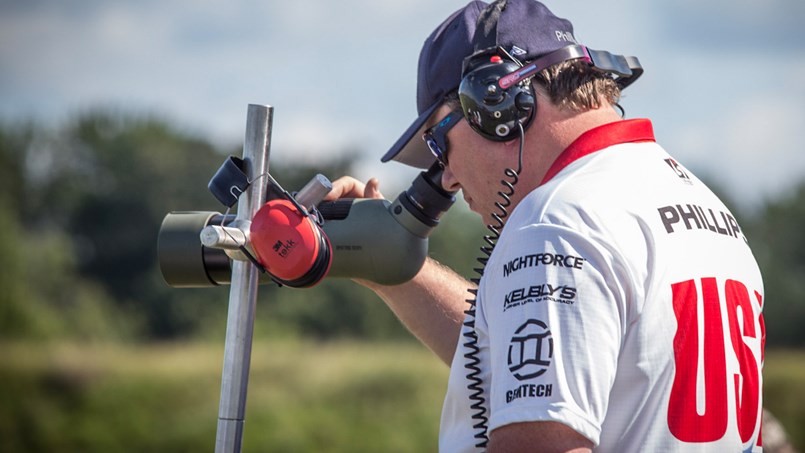 Our gritty determination had paid off. I am so proud of my teammates and our accomplishments. We were determined, driven, and worked as a team to earn the title of 2017 F-TR World Champions!

Here are the results: 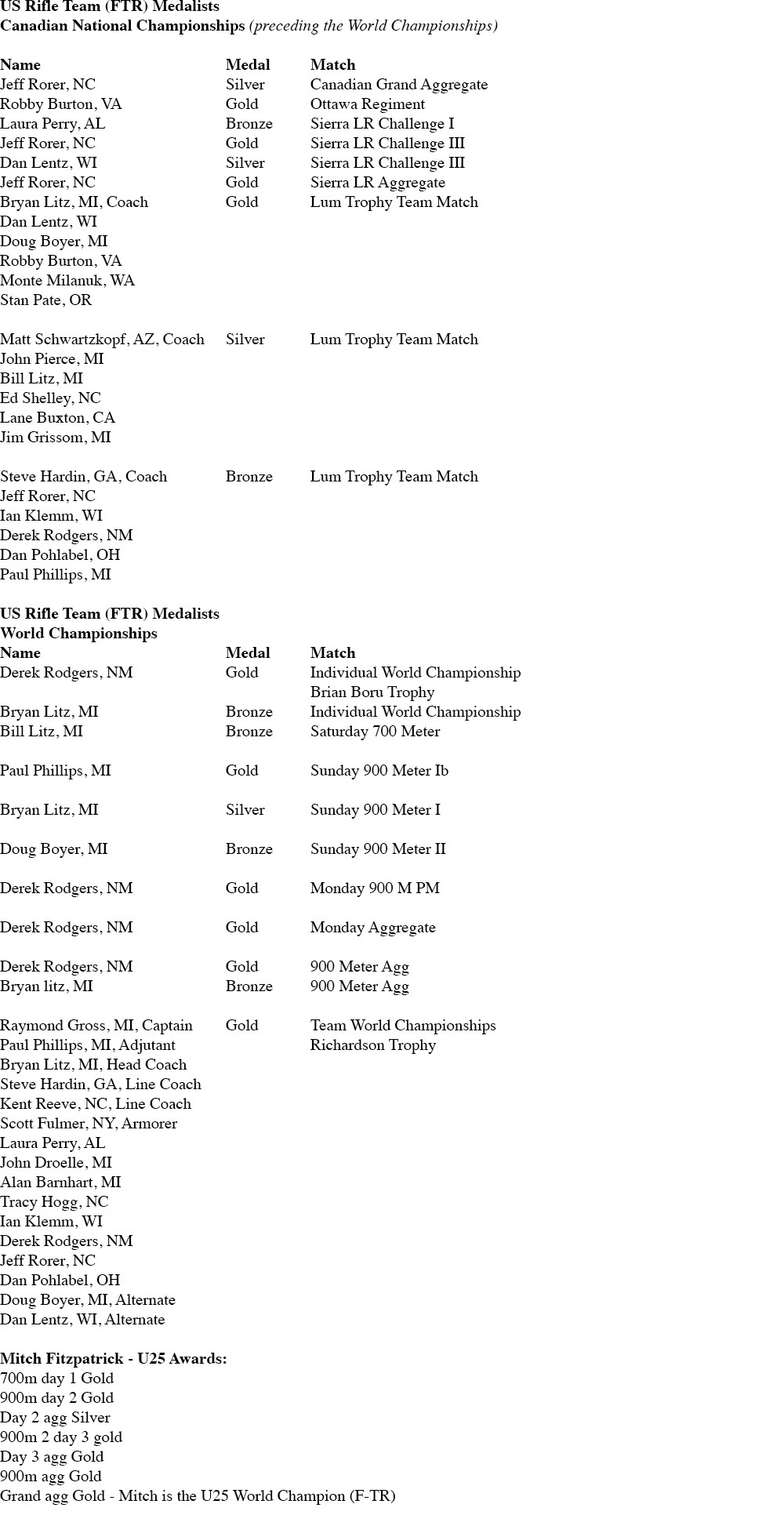 F-TR Team USA member, Mitch Fitzpatrick, came out on top earning the Under 25 Canadian National Championship title and a gold plaque. This is the first time that the Under 25 Teams have competed in an F-Class World Championship and it looks like it won’t be the last.