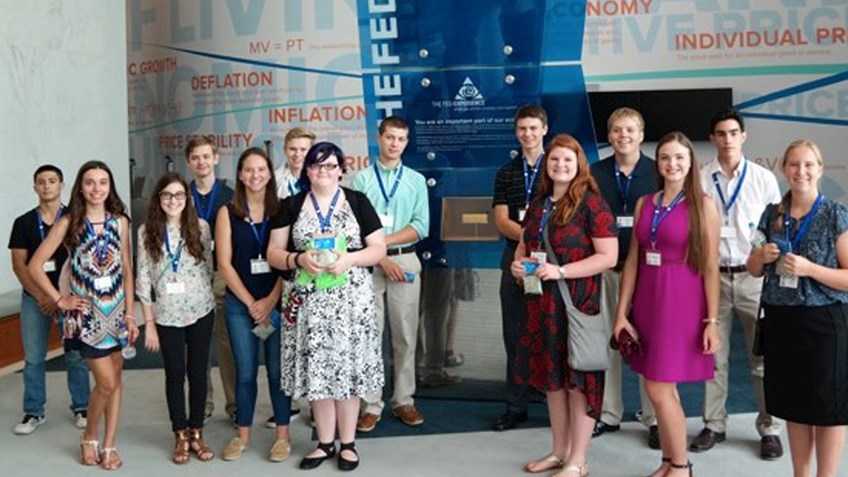 The State Youth Education Summit program was founded in conjunction with the National Y.E.S. program for high school freshmen, sophomores and juniors who are interested in learning more about their state government and the roles their generation of voters play. Only a handful of states have their own Y.E.S. program. Here is a reflection of the experience in Virginia.

Fourteen talented youth from across the Commonwealth of Virginia traveled to Richmond to attend the 2017 Virginia Youth Education Summit (Y.E.S.) program that ran from July 13 to July 16. They toured the Capitol building and visited other sites around Richmond to learn more about Virginia government, history and leadership while competing for scholarships.

The students arrived on Thursday at the Linden Row Inn to meet their fellow participants. Afternoon activities began with a trolley ride to the Federal Reserve Bank of Richmond. The tour included hands on exhibits and lessons on economics, and it demonstrated the roles citizens play in our economy. Each student also received a unique souvenir to take home—a bag of shredded bills that had been taken out of circulation. Next on the schedule was a tour of the beautiful Maymont Mansion built by James and Sallie Dooley. After dinner we returned to the inn for an evening of learning about public speaking and etiquette, and the students participated in some lively discussion about our Second Amendment rights. 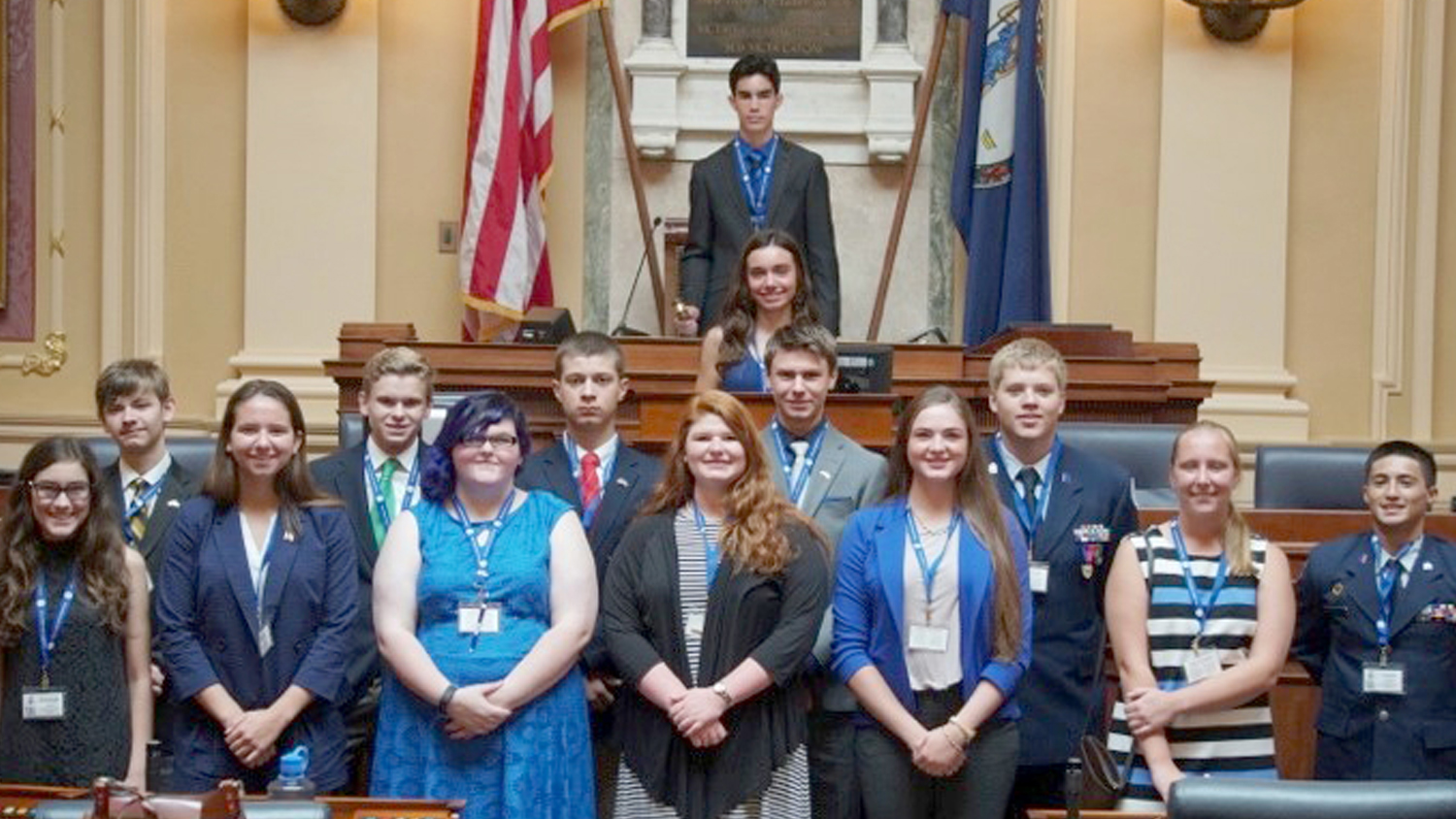 On Friday the students spent the morning at the Virginia State Capitol—the second oldest U.S. state capitol building still in legislative use. Designed by Thomas Jefferson and built in 1785, it has been host to several important moments in American history, especially during the Civil War when Richmond served as the capital of the Confederacy.

A tour of the Capitol gave the students insight into the history of the building and the protocol of the legislative process in the Commonwealth. Then they had the chance to participate in that process by taking part in a mock legislative session in the House Chamber. Delegate Buddy Fowler of the 55th District joined the students for lunch in House Room 2 of the Capitol and spoke to them of life in politics, his experience as a delegate and the importance of getting involved in our legislative process.

The next stop was the Virginia Department of Game and Inland Fisheries (VADGIF) building in Henrico. Bob Duncan, Executive Director of VADGIF, and Lee Walker, Outreach Director, presented the students with information about the agency, its function, and the impact that citizens have on wildlife and their habitats. Karen Holson talked about the National Archery in the Schools program and gave the group some basic instruction on how to shoot archery.

During dinner that night, some students bravely volunteered to be the first ones to deliver their prepared short speeches in front of their peers. The evening ended with the remaining students presenting their speeches about current events.

The next morning the group visited the Cavalier Rifle & Pistol Club. Firearm safety and safe firearm handling procedures were explained to the students on both the rifle and pistol range and the shotgun range. They were then given the opportunity to shoot a variety of firearms on both ranges. Some students had never shot before and quickly learned how much fun the shooting sports can be. After a great morning of shooting, everyone enjoyed lunch in the air conditioning along with some good fellowship before heading back to Richmond.

NRA-ILA Representative Lexy Higgins greeted the students as they returned from their range activities and presented information on the importance and relevance of preserving our Second Amendment right. Engaging discussions on the topic continued throughout the evening as the group enjoyed some relaxing time over a good meal catered by Urban Farmhouse. The day concluded with informal group debates on some topics currently making the news. 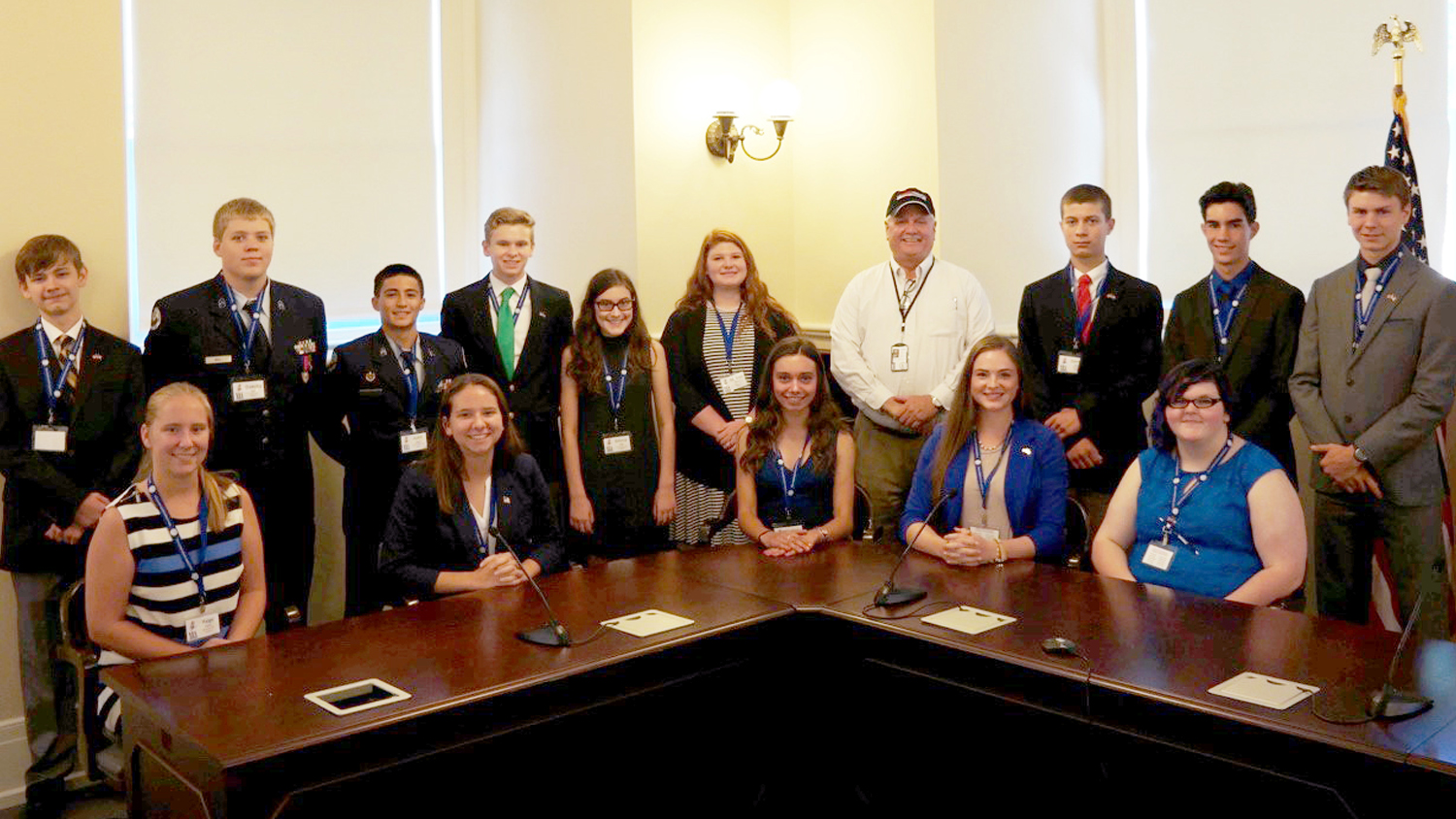 As the Summit wrapped up on Sunday, the students gave group presentations on their Y.E.S. experience, and classroom activities continued with a workshop on leadership skills. Then parents joined the group and scholarship winners were announced. Scholarship recipients were chosen based on a variety of factors observed throughout the Summit, including public speaking, confidence, leadership, teamwork and attitude, to name a few.

The chaperones faced some tough decisions because all of the talented students demonstrated their potential to become outstanding citizens in their communities. Electra Ellis of Dinwiddie was awarded a $1,000 scholarship and Matthew Arnold and Madison Miller of Nokesville were awarded $750 scholarships. Lastly, Justin Vance of Pounding Mill was awarded a $500 scholarship and chosen to represent Virginia at the 2018 National Y.E.S. next year. These amazing young people are our leaders of tomorrow and an inspiration to us all.S

Special thanks to Jaye Pearce, Scott Sampson, Alex Pearce and Hunter Bolan of Keysville for their contributions of time and talent that made the 2017 Youth Education Summit a success.