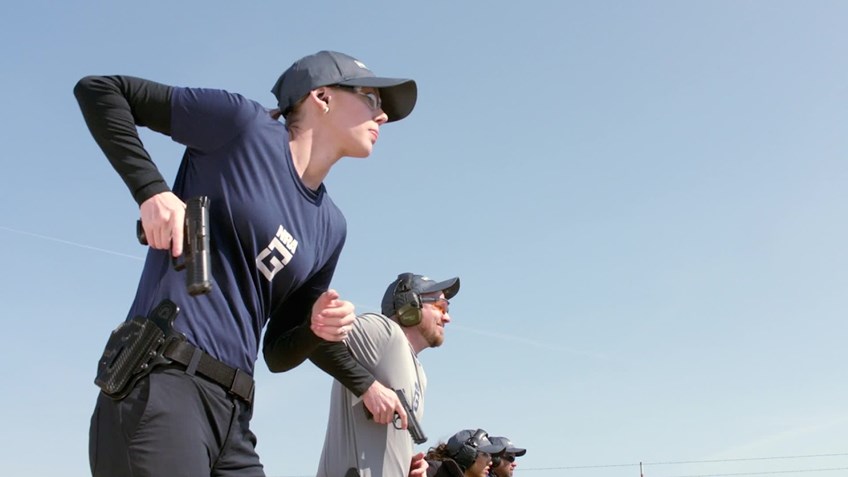 For generations, the National Rifle Association has pioneered firearms training and education, teaching millions of Americans the skills they need to safely and effectively use firearms. Whether on the range shooting for score or preparing themselves for the worst-case self-defense scenario, the NRA’s wide variety of firearms training programs have long represented the zenith of education and training across the globe.

The introduction of NRA Carry Guard is the next evolution of nearly a century and a half of the best firearms expertise and advocacy ever imagined, created to provide real-world preparation to meet real-world demands. 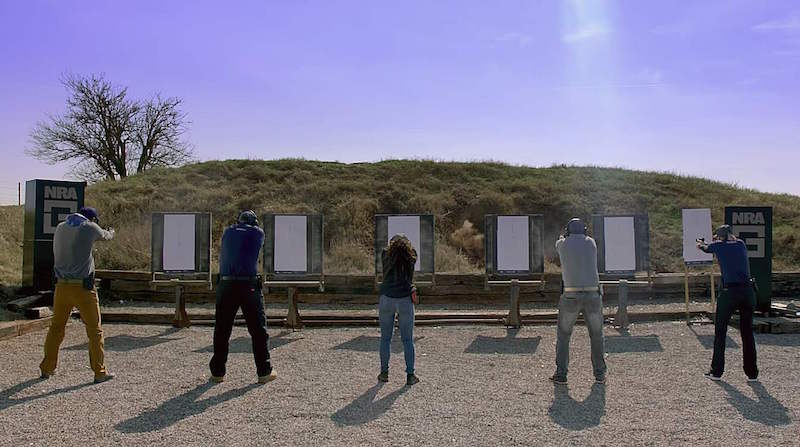 The number of Americans carrying concealed firearms for personal protection is at an all-time high, and continues to rise. During former President Barack Obama’s administration – a period that presented some of the gravest legislative threats to the Second Amendment and right to self-defense in our nation’s history – the number of Americans with concealed handgun permits and licenses has now eclipsed 16 million, according to a new Crime Prevention Research Center study. This number doesn’t even account for gun owners choosing to carry concealed in the more than one-fifth of the nation with Constitutional carry laws in place.

Concealed carry is more than packing a pistol away in a holster in your pants or jacket. It’s a major responsibility to not only understand and abide your local laws that govern concealed firearm carry, but to know how and when to use said firearm. Occasional trips to the range aren’t enough to genuinely train a gun owner how to respond to threats in the chaos of a crisis situation. Not even respected basic firearm training courses are sufficient to prepare users to make split-second decisions and apply appropriate use of force to defend themselves. 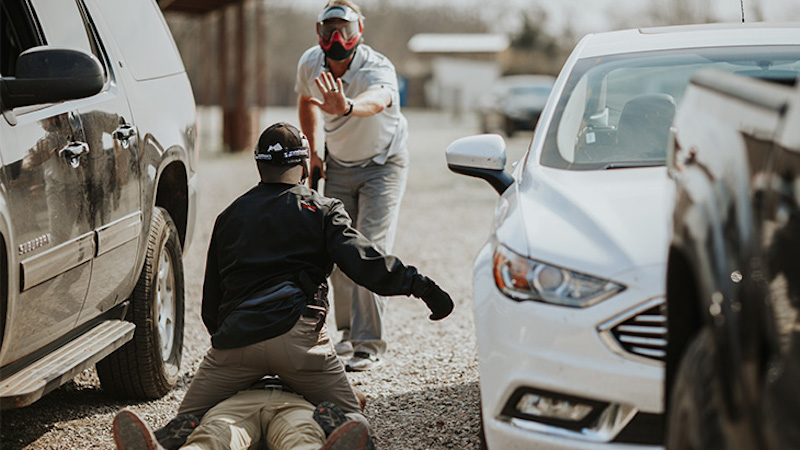 NRA Carry Guard is that training. Developed exclusively by elite military veterans from the special operations community and law enforcement experts, the NRA Carry Guard training curriculum is built for citizens who take carrying seriously, and want to become more proficient shooters with the confidence to carry concealed.

The three-day program is built on the concept that “the best do the basics better,” focusing on establishing solid shooting fundamentals. According to NRA Carry Guard National Director and veteran U.S. Navy Seal George Severance, NRA Carry Guard ‘s Level One course teaches students to draw, shoot and reload under demanding time constraints, how to address malfunctions, and utilize cover.

While basic firearm courses stop at teaching users to simply use their firearm, NRA Carry Guard takes the next step, putting students into realistic situations where they’ll need to apply those fundamentals in self-defense tactics. In addition to learning basics of sight picture, grip and firearms accountability, students learn basic close-quarters shooting tactics and are forced to make difficult decisions under pressure. 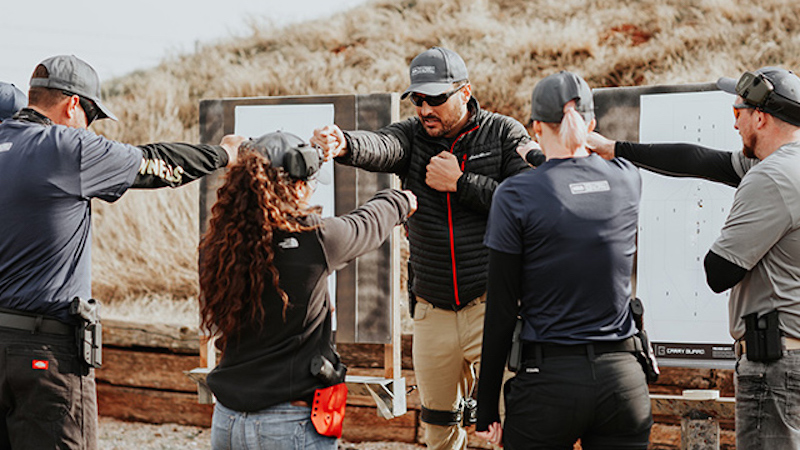 Scenarios include low-light shooting, force-on-forcer airsoft training, simulated muggings and home invasions and more, all built to simulate what a concealed carrier may encounter in reality and be forced to respond to. One-third of our day is shrouded in darkness, and life doesn’t wait for the sunrise to thrust us into danger. Day Two of NRA Carry Guard’s training extends into hours of darkness, forcing participants to experience shooting and managing their firearms in nighttime scenarios.

Equally as important as responding to real-world threats to protect yourself is understanding how to deal with the aftermath. NRA Carry Guard’s trainers walk students through what to do after a use-of-force encounter, including how to interact with responding law enforcement officials. The classroom portion of the training teaches students the legal concepts surrounding use of force in a way they can understand, devoid of complicated legal jargon, helping them come away with a better understanding of the legal ramifications of using lethal force in self-defense.

Severance said, “a gun is not a magic want that will solve every problem,” and teaches all students to avoid lethal force encounters if at all possible. Every student completes an e-learning module, “Lethal Force: Rights and Responsibilities,” before they ever step foot on the range. Severance said this approach is “designed to protect you from a system that will not be looking at what you did right, but what you did wrong.” 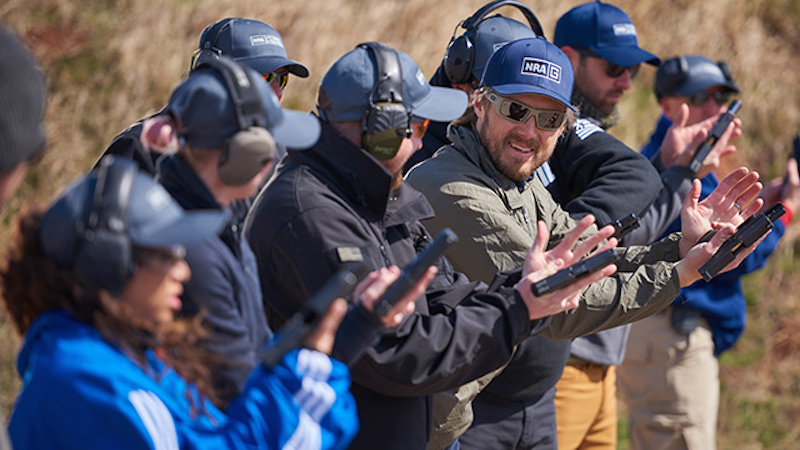 The three-level course, with Level I courses available now, is built using the best training methods available, designed to prepare students for the harsh potentialities of having to use force to protect themselves. While the world-class training readies participants physically and mentally to fight to survive, the NRA Carry Guard insurance coverage protects them after the dust settles.

“One of the big failures is that people just go out and get their certificate, and as a concealed carrier they don’t understand the potential aftermath. That’s where the NRA Carry Guard program comes in,” said Joseph Collins, a senior instructor with Tomahawk Strategic Solutions and military and law enforcement veteran. “They’re going to be able to educate people because everybody involved has that real-world experience.”

No other organization has fought for the right to keep and bear arms, and the right for law-abiding citizens to be able to carry and use firearms in self-defense, than the National Rifle Association. No other group has the resources, expertise, influence and power to bring together this cadre of the world’s leading firearms and legal experts to build a program capable of meeting and exceeding the demands of the modern concealed firearm user. No other organization is as committed to empowering Americans to learn, train, and employ tactics and knowledge for personal protection while offering the peace of mind that they will be protected than the NRA.

The next step is to join us. 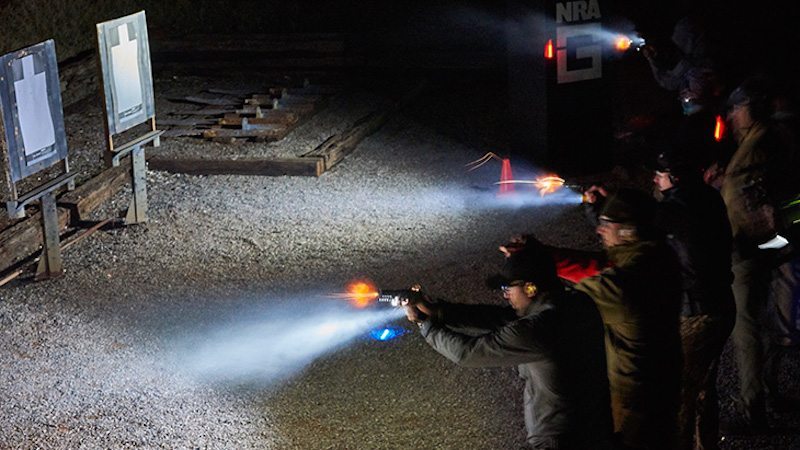 “We’ve got to be able to push information out not only to watch videos, and not only to sit there and think that you’re educating yourself by videos. You’ve got to get out there and put those things into motion,” Collins said. “It takes the individual to have the desire to say ‘ I’m not going to be that guy that’s going to find himself making a grave mistake when it counts.’”

For the real threats of the real world, NRA Carry Guard is the answer. Join the ranks and hone the skills necessary to protect yourself and your family. Click here to learn more about Level 1 training, watch videos, register for an upcoming course and more!