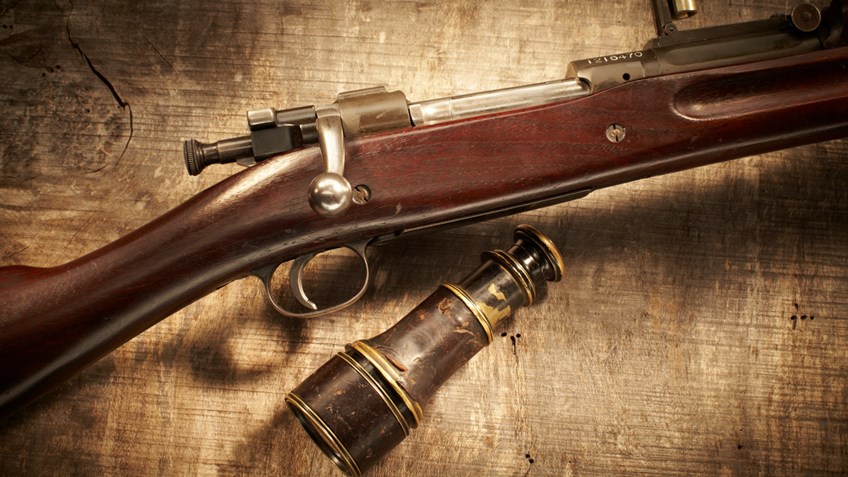 It was 1921; Warren Harding was President of the United States, and “The War to End All Wars” was less than three years past.

The nation was getting back to a normal routine, and for competitive shooters, that meant an annual pilgrimage through the state of Ohio to the shores of Lake Erie, where the National Matches had been held since 1907 at Camp Perry.

In those lighter days of the “Roaring Twenties,” marksmen from states banded together to make the journey, housing together in tent clusters on green lawns well behind the firing points. Teams messed together, eating the simple fare prepared by military cooks -- and yes, they equally cursed the same flying pests that even today plague all shooters at Camp Perry. 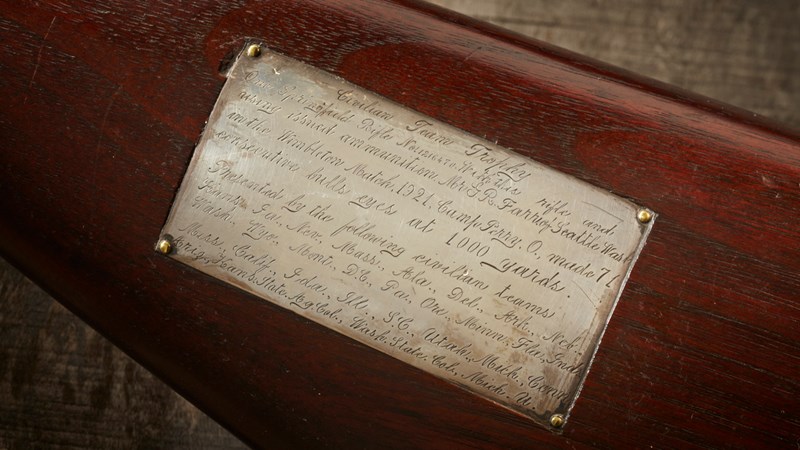 But one man at the 1921 National Matches stood out amongst the rest. George “Dad” Farr was a 62-year-old man from the state of Washington, and this was his first time heading east to shoot in the “big leagues,” as some of his fellow Evergreen State friends termed the annual competitions. Aptly nicknamed, “Dad” was a good bit older than the average shooter during that late summer season, striding forward hesitantly clad in a khaki shirt and dungarees. He wasn’t a practiced highpower shooter – he showed up at Camp Perry without a rifle, and relied on a crude monocular for a spotting scope that he had fashioned from a pair of French opera glasses.

At the previous day’s shooting, he had experienced issues with the initial .30-06 rifle he had chosen from the rack, a Model 1903 Springfield that didn’t seem to hold a consistent zero. This day, he chose a different gun, just another off-the-rack rifle no different from the one next to it. Though he didn’t realize it, George Farr had just made the best selection of his life.

Farr readied his bolt-action and prepared a clip of five rounds of Government Issue ammunition, then went to his position. He was ready to fire on a 1,000-yard target with a rifle he had never shot before. 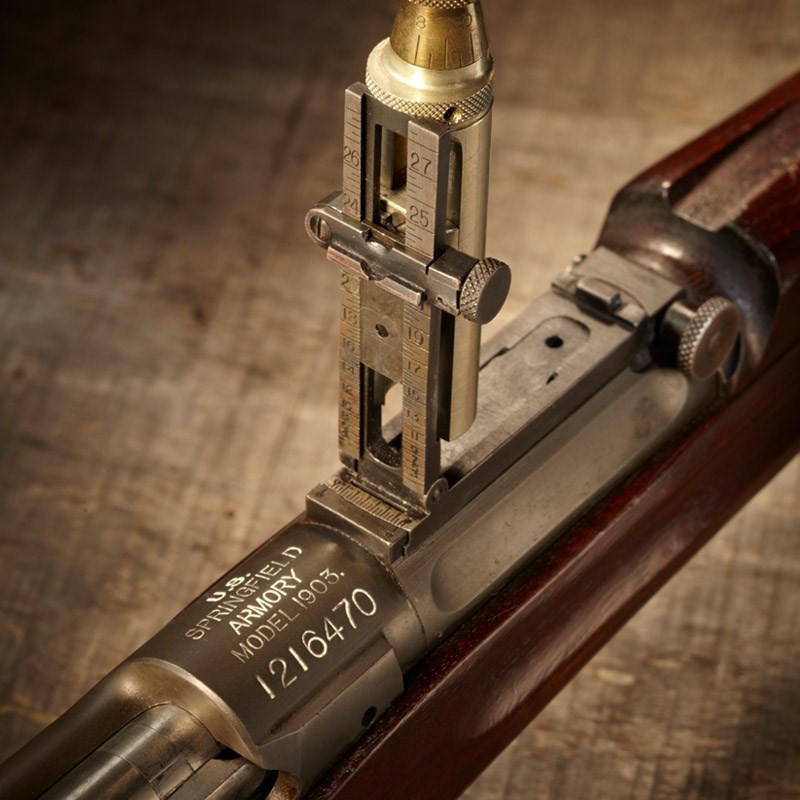 Perhaps he had resigned himself somewhat to the outcome – after all, it was the last relay of the day on Sept. 9.  Off to the west, the sun was beginning its slow trip down to the horizon. But Farr shouldered his Springfield and prepared to fire. The time was 4:30 p.m. Shooters nearby were puzzled by this shooter who squirmed and shifted repeatedly, but were amazed as he made his first hits on paper. Farr was shooting Frankford Arsenal tin-plate ammunition, the standard G.I. .30-06 rounds. More experienced marksmen, like Marine Sgt. John Adkins -- who had just won the Wimbledon Cup -- were using commercial Remington match ammunition and had spurned the government ammo.

At that distant 36-inch target, Farr scored two hits for his two sighters, with the last sighter being a bullseye. He then prepared to fire 20 shots for record. Each of those 20 shots went into the center; each scored as a “5.” At the end of this amazing string, Farr gathered up his monocular and prepared to depart. His fellow shooters quickly advised that match rules required him to continue firing until he missed “the black,” the inner 5-ring bullseye at the center of the target. Farr had only brought one box of ammunition with him to the firing line, and had run out. As he waited for more of the tin-plate ammo he had been using, the sun continued its retreat. Farr continued his shooting, racking up growing strings of bullseyes – 30, 40 50, 60 – each impact on target being carefully recorded on his scorecard in the growing darkness.

Then, at the 71st shot with daylight completely gone, the bullet strayed outside the target center, and Farr’s incredible string came to its conclusion. But counting his second sighting shot, George Farr had fired 71 consecutive bullseyes at 1,000 yards using an unfamiliar rifle plucked from an ordnance rack earlier that day.

It was an amazing feat, one immediately recognized by those in attendance. His fellow shooters quickly took up a generous collection, contributing in recognition of Farr’s natural skill and enabling him to purchase that bolt-action Springfield he had worked magic with on that distant target. Enough funds remained that a silver presentation plate, inscribed with the names of the states whose competitors had contributed, was ordered and mounted on the side of the rifle’s buttstock. 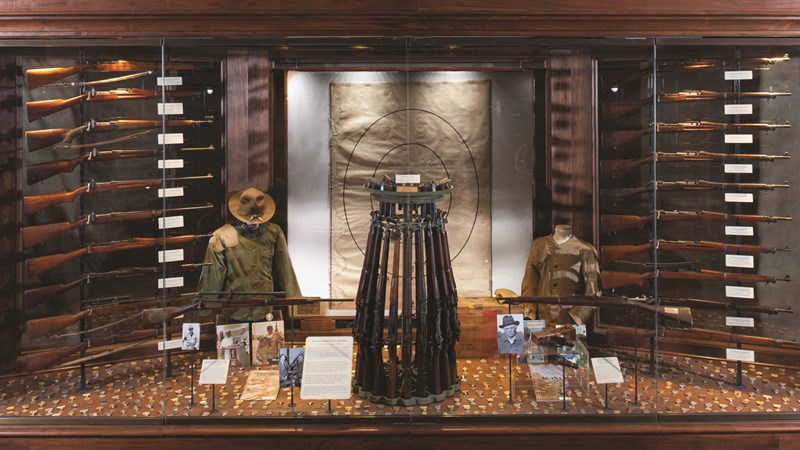 The next year, the Civilian Team Trophy was re-designated as the Farr Trophy, and George Farr’s record, fired on the old target system, was never beaten. Farr’s rifle went home with him to Washington and remained there, never again traveling eastward to Camp Perry. In 2011, The Farr family donated this legendary piece of shooting history to the NRA National Firearms Museum collection.

In 2013, as NRA Museums curators began assembling the collection for display at the NRA National Sporting Arms Museum at Bass Pro Shops in Springfield, Missouri, the museum staff created a unique exhibit featuring George Farr’s Model 1903 Springfield rifle and its special place in competitive shooting history. Alongside the rifle rests Farr’s simple monocular, another mute witness to Camp Perry history made on that September evening in 1921.