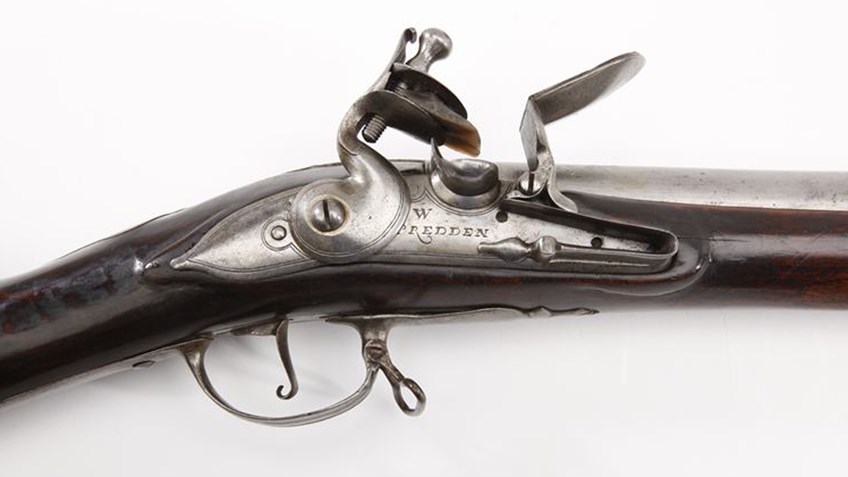 It was the infancy of our nation and one important task was to be quickly initiated – the establishment of an effective military force.

On June 14, 1776, the Continental Congress established the initial enlistment of riflemen for a one year period. This was to be America’s first national institution and it became the U.S. Army. That decision to have companies of riflemen recruited from the former Colonies was to create an enhanced military force that would be capable of standing up to what was then the finest army in the world – the army of Great Britain.

What were the arms of the emerging American nation that would be used by this new army? Not surprisingly – it was a real mix.

Having been British colonies for many years, the Americans had an ample surplus of former British property Brown Besses. These large caliber smoothbores were well-worn, but still very capable. In the traditional formations of the day, armies would maneuver to face each other on the battlefield, then erupt in fusillades where the force that was able with constant firing to inflict the most damage before charging with the bayonet would take the day. Taught to fire in ranks and to deliver three shots a minute, the soldiers on both sides would face each other at very close range, close enough that marksmanship really didn’t matter. This type of battle was very familiar to the patriot forces. 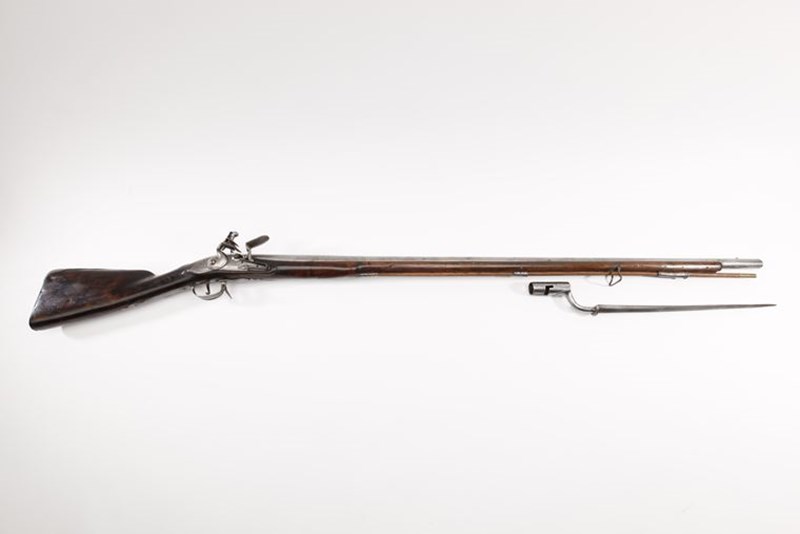 In 1775, the colonial militia during the siege of Boston was entrenched on a peninsula that held Dorchester Heights. The British, under General Gage, were moving to capture the heights and the Americans were very low on ammunition. It was alleged that the American commanders admonished their troops to hold fire on the enemy until they could see the whites of their eyes - a strategy that would minimize the chance that any shot would miss an opponent. While the British took the victory, their losses (226 killed, 828 wounded) versus the American losses (140 killed, 271 wounded), demonstrated the merit of holding fire until extreme close range.

Committees of Safety scattered throughout the former colonies also supplied salvaged arms built from battlefield remnants. These polyglot mixtures of components utilized whatever was available, material crudely patched together from an assortment of arms of many nations. The idea was to produce “serviceable” arms that could be issued to American forces and quality was not as important as quantity. The Patriot quartermasters may have had a difficult time providing the correct loads for a unit armed with a mix of .65, .70, and .75 caliber longarms. Any undersized ball, fired in a musket would not yield the best accuracy, but it would load fast. To give a better hope of hitting targets, buckshot or a combined charge of buckshot with a ball (buck and ball) loads came into play. 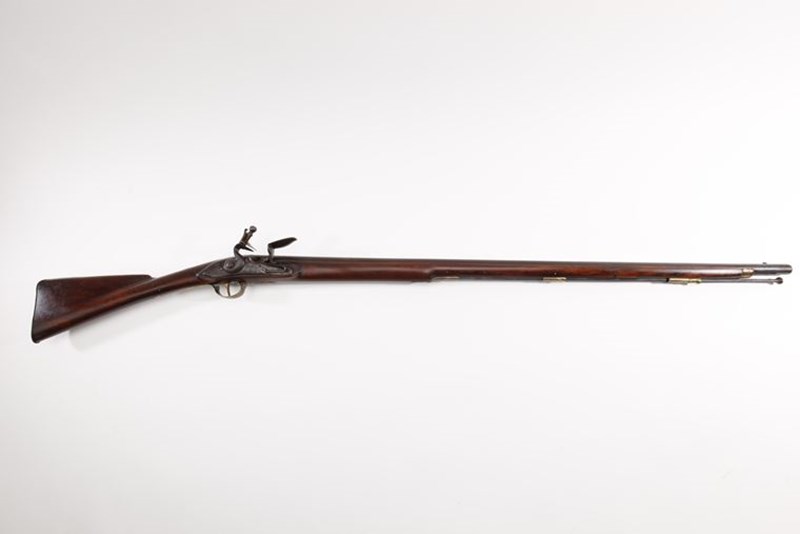 But quality arms from abroad were coming to the beleaguered Patriots – French arms were enroute. For cavalry forces, French carbines and for the infantry, the best of French long guns made their way across the Atlantic. Without the ample supply of French arms available to them, these early American military forces would not have been able to continue the fight. 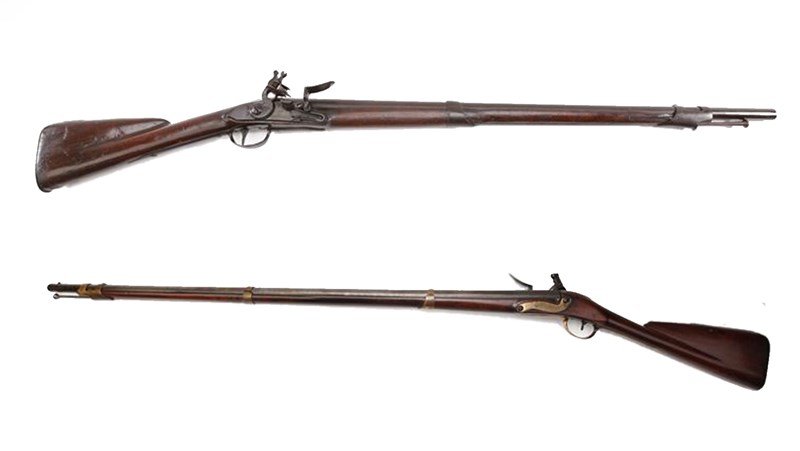 But remember that recruitment of companies of riflemen?  What was to set the American army apart was rifled arms, and men that knew how to use them.  From Virginia, and Pennsylvania, recruits who knew their flintlock rifles well were fielded. What set apart these soldiers was their familiarity with the land and their marksmanship. While the typical musket might be able to hit a target at 80 yards, the “Kentucky” rifles created in Virginia and Pennsylvania were easily capable to hitting targets at 150 yards and past. Dedicated American marksmen, moving in small units to inflict the maximum damage on the enemy became a standard. Due to the slower loading speed of rifled arms, these rifle shooters were best employed at a distance, as at closer ranges the speedier smoothbores would claim their due. But at a distance, marksmen like Timothy Murphy could make a real difference. 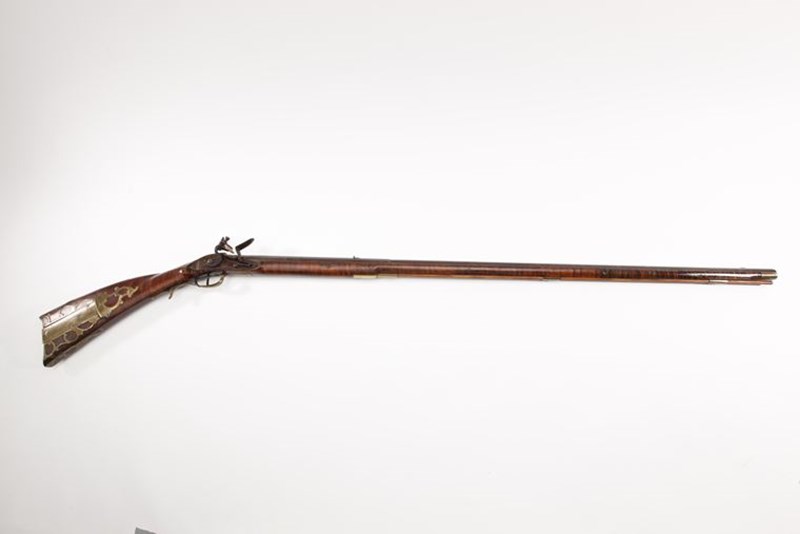 A member of Morgan’s Rifle Corps, Murphy was an experienced sharpshooter. Each member of the Corps had to be able to hit a seven inch target at 250 yards and Murphy was much better. From denying British artillery crews the opportunity to attend their muzzleloading guns, to eliminating any ranking enemy officers, Murphy was in his element. But the second Battle of Saratoga was the point that American superiority in accuracy was demonstrated in a convincing manner. Following orders, Murphy climbed a tree and from that vantage point fired at British General Fraser, 500 yards away. Down went General Fraser, mortally wounded. Again Murphy fired and another high ranking British officer dropped from his horse to the ground. The visible decimation of their leadership had an immediate impact on the British, who began to flee the field. The American victory resounded through the land.

From the birth of the U.S. Army to the present day, American marksman have set our nation apart from all others. In the galleries of the NRA National Firearms Museum in Fairfax, Virginia, one can readily trace the evolution in arms that accompanied the development of the American army. From musket to machine gun, our soldiers have never failed to answer the call of their nation.