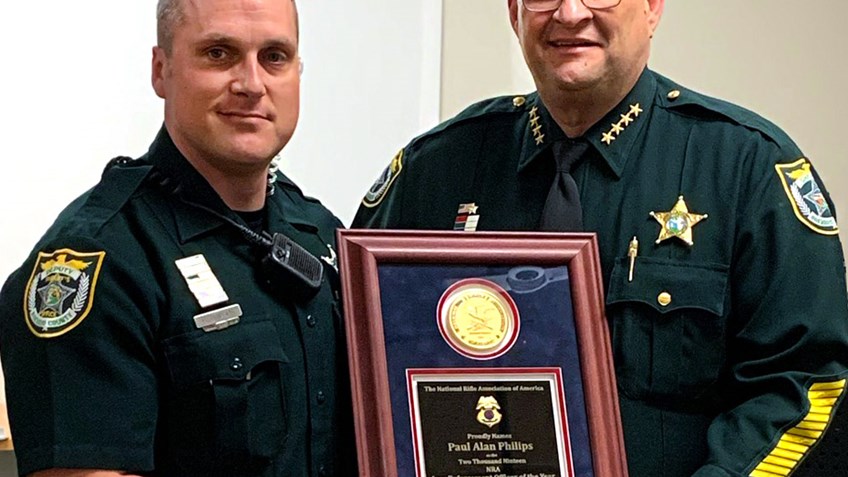 "Every day, ​our men and women in law enforcement valiantly and selflessly rush into life-or-death situations to save the lives of people they’ve never met. Too many Americans take these frequent acts of heroism for granted. But, not the NRA. The bond between the NRA and our men and women in blue is strong​ and so is our sincere gratitude for all that they do. Deputy Phillips: On behalf of the 5 million members of the NRA, many of whom are your brothers and sisters in law enforcement, we salute you," said Wayne LaPierre, executive vice president and CEO of the National Rifle Association of America.​

On what appeared to be a routine call, Phillips encountered a pair of bickering neighbors in a heated argument over feral cats. Sending one back inside his residence, Phillips approached the second neighbor whose agitation grew. Following procedure, the deputy called for backup just before the man ducked behind a vehicle. That’s when he heard the distinctive sound of a rifle being charged.

A split second later the shooting began. Hit in the shoulder and leg, Phillips returned fire and took cover nearby. Undeterred by his injuries, Phillips continued reloading and returning fire until the attacker stopped. Backup soon arrived.

Rendering first aid to Phillips, authorities secured the scene and found the suspect in dire straits. Despite all attempts to revive him, the shooter ultimately died from his wounds. Afterwards, it was discovered the suspect had an extensive record including charges such as resisting arrest and battery of an officer.

“Every day the men and women of America’s law enforcement place themselves in harms way,” said NRA President Carolyn Meadows. “When faced with an unprovoked attack, Deputy Phillips did not hesitate – he did what he was trained to do and courageously fulfilled his duty to protect and serve. The people of Brevard County, FL, are blessed to have an officer of such high caliber safeguard their families and homes.” 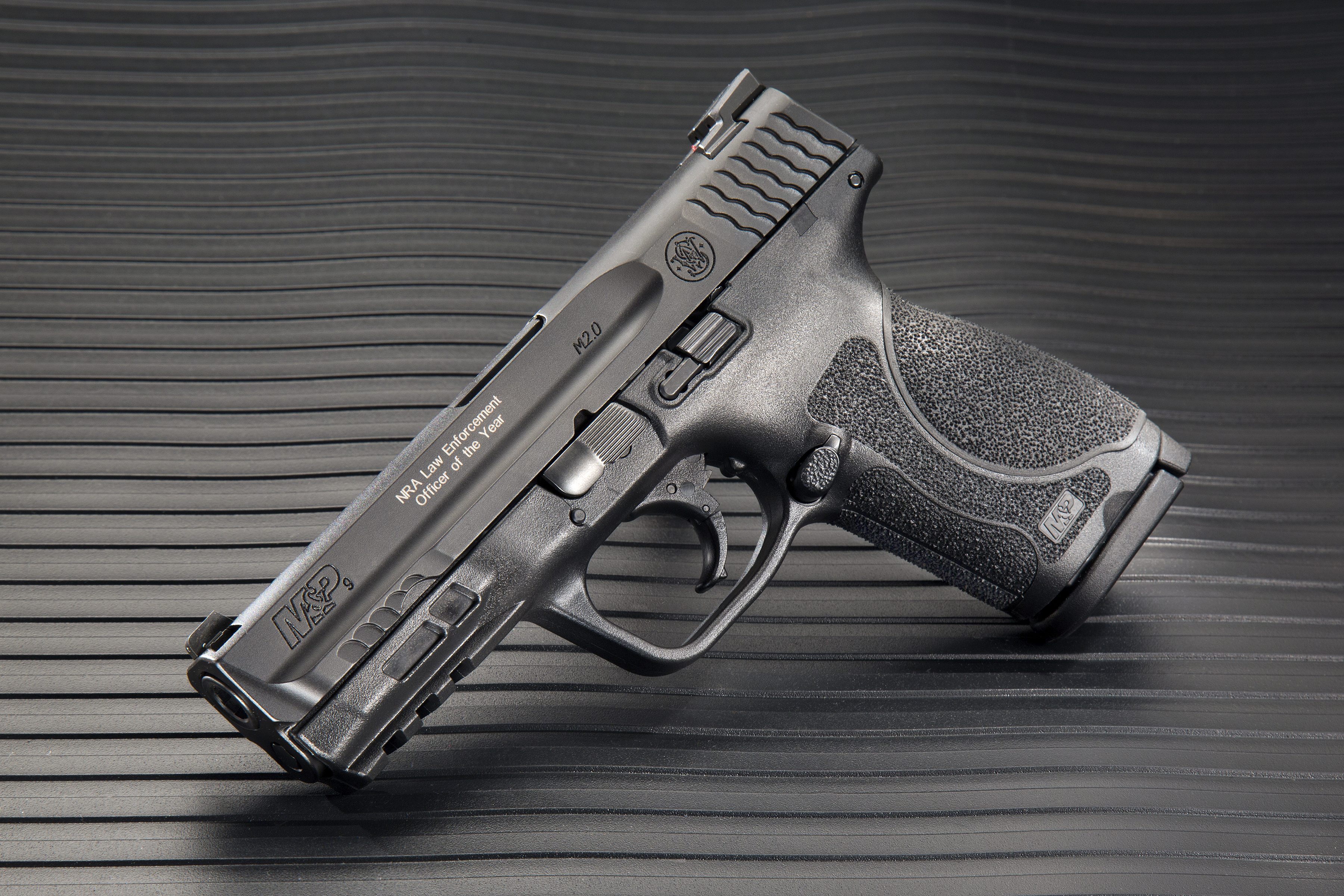 Deputy Phillips served 13.5 years in the U.S. Army before joining the Brevard County Sheriff’s Office in 2018. He has undergone several surgeries since this encounter but is expected to make a full recovery. He was nominated for NRA’s Law Enforcement Officer of the Year award by Brevard County Sheriff Wayne Ivey.

“When Deputy Phillips was faced with imminent personal danger, he distinguished himself bravely, and in his heroic actions, resolved a situation which could have put many other people in grave danger,” said Ivey. For his willingness to protect others and his valor in the face of extreme danger, the NRA bestowed Deputy Paul Phillips with Law Enforcement Officer of the Year award for 2019.

The NRA originally planned to present the 2019 NRA Law Enforcement Officer of the Year Award to Deputy Phillips at the 149th NRA Annual Meetings & Exhibits in Nashville. After the COVID-19 outbreak caused the convention to be cancelled, the award was instead presented to Deputy Phillips by Sheriff Ivey on Wednesday.