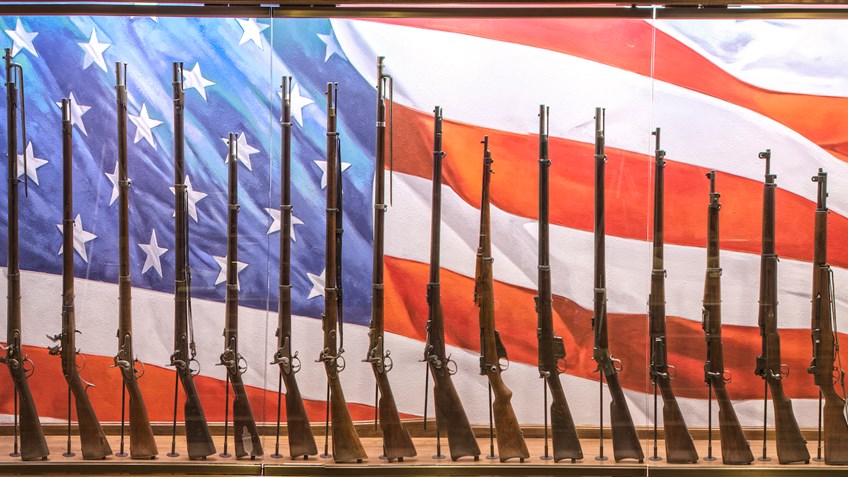 Have you ever wondered why June 14 was designated as “Flag Day?” Get ready for a history lesson! Some 240 years ago on June 14, 1777, the Second Continental Congress approved a resolution to adopt an official flag for the United States of America.

In 1916, President Woodrow Wilson signed a Proclamation that established June 14 to be Flag Day. However, it wasn’t until President Harry Truman signed an official Act of Congress in 1949 that June 14 became an officially designated day of celebration.

At the NRA National Sporting Arms Museum at Bass Pro Shops in Springfield, Missouri, there’s one exhibit case that proudly displays the American flag on June 14 – and every other day of the year. 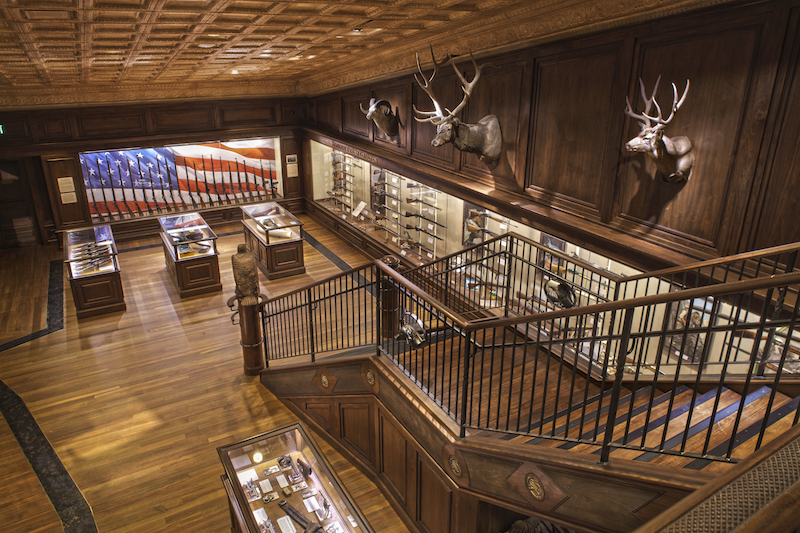 Occupying an entire wall case, a large mural of a waving American flag creates the backdrop for a display of 21 guns. The guns in this case represent significant long arms used by United States soldiers from the inception of our country through today.

Amongst these guns are hallmarks of America’s fiery resolve on the battlefield, the implements wielded by brave soldiers in defense of everything the U.S. flag represents. The 21 legendary rifles include: 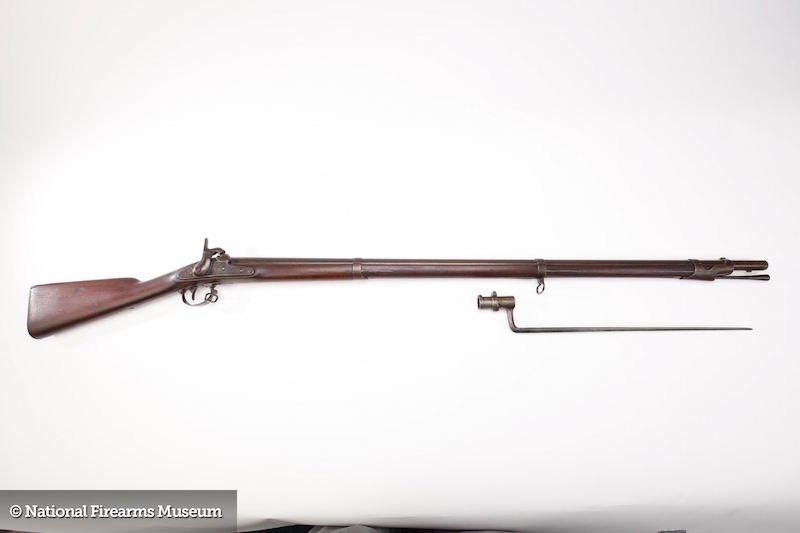 Springfield 1842 Musket
This was the last .69 caliber smoothbore musket to be issued by the United States. Future percussion guns would be .58-caliber and have rifled bores. 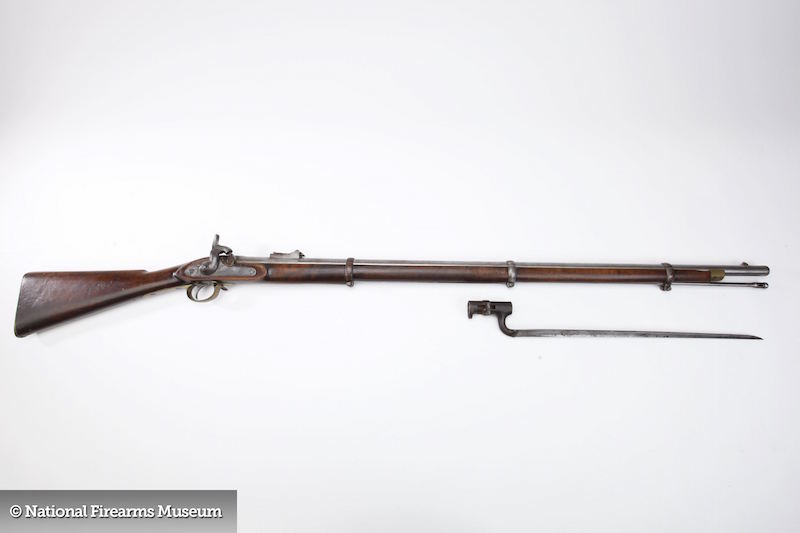 Enfield 1853 Rifled Musket
This British-made musket was one of the finest long arms available during the Civil War. Because of this, soldiers in both the North and the South used thousands of them. 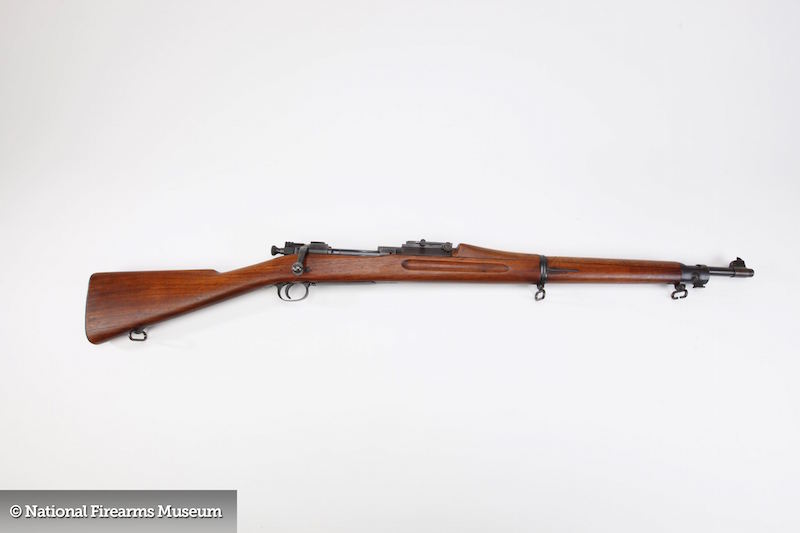 Springfield 1903 Rifle
The 1903 Springfield served American 'Doughboys' well in World War I. The rifle was so well liked by the returning soldiers that many of the guns were “sporterized” into terrific deer rifles in the following decades. 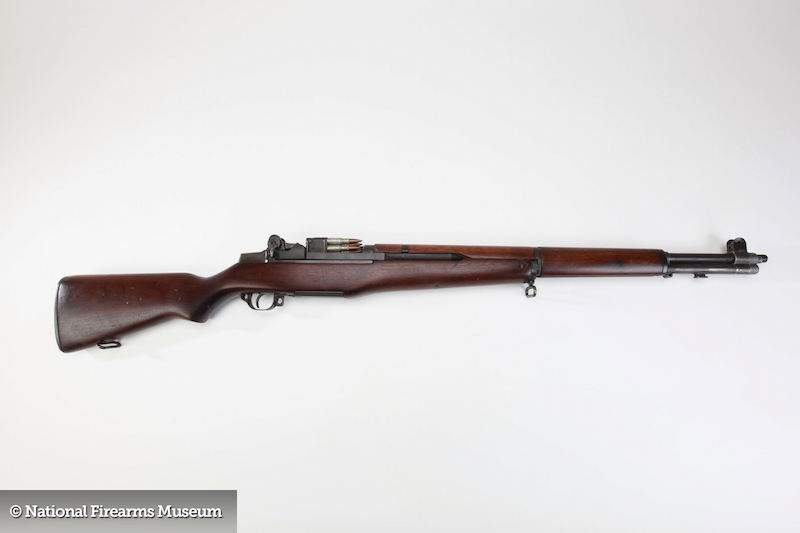 M1 Garand
Gen. George S. Patton hailed the M1 Garand as “the finest battle implement ever devised” -- and you'd be hard to prove him wrong. American troops revered the gun, and our enemies feared it. 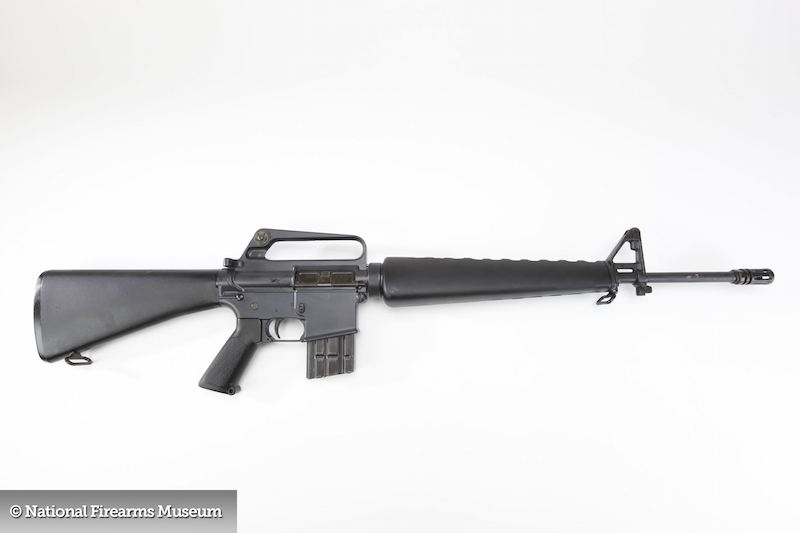 Colt M16 Rifle
As combat necessity called for lighter, more nimble firearms, an engineer named Eugene Stoner developed one of the most innovative rifles ever fielded in the world. Abandoning traditional design and materials for light polymers and aluminum, the M16 rifle changed the face of military arms forever.

If you’re anywhere near Springfield, Missouri, on June 14, be sure to swing by the NRA National Sporting Arms Museum and have a look at the case for yourself. More than likely, the chronology of American arms flanked by the bold and beautiful American flag will inspire patriotism, pride and hope for the future of our country – all the values that each American service member who carried them embraced as they charged into battle.

For these and more historically significant, rare and unique firearms, visit the NRA Museums in person or online!