The West Wasn’t Always Won with Winchesters and Colts 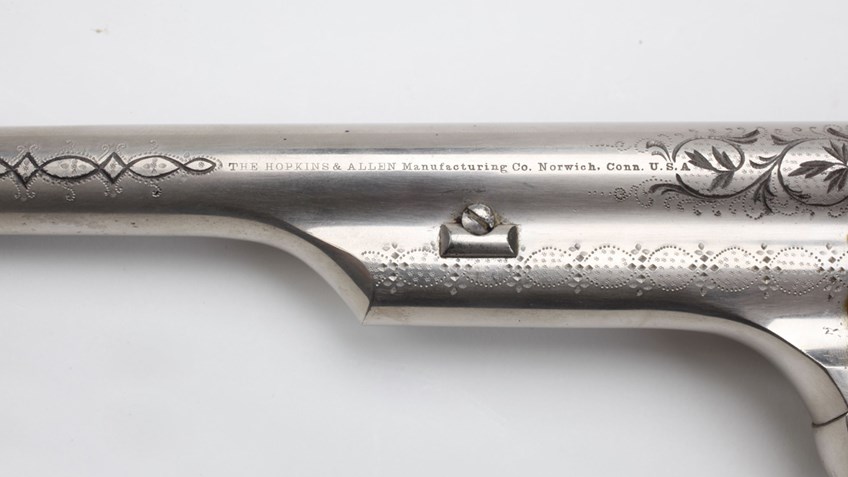 The Wild West, the American frontier which closed in 1890, was an expansive land that was filled with firearms in use by sodbusters and sheriffs, railroaders and ruffians. But not all of those individuals ordered their sidearms and saddle guns from very well-known Eastern gun companies.

Many relied on whatever came their way – imports from abroad that were inexpensively priced and presented somewhat a mixed bag for quality. Others came from smaller local gun companies that no longer exist. But if by some manner they were to make their way across the Missouri, chances are these guns would be eagerly bought and used on the frontier.

Not all were intended for regular hard use. Some may have been purchased just as an insurance policy in the event of trouble. In mail order catalogs of the day, one could look over pages of small revolvers, single-shot rifles, and shotguns with some being marketed with imaginative branding names like “Tramp’s Terror,” despite the fact the named model was almost identical to the cheaper, nameless offerings. 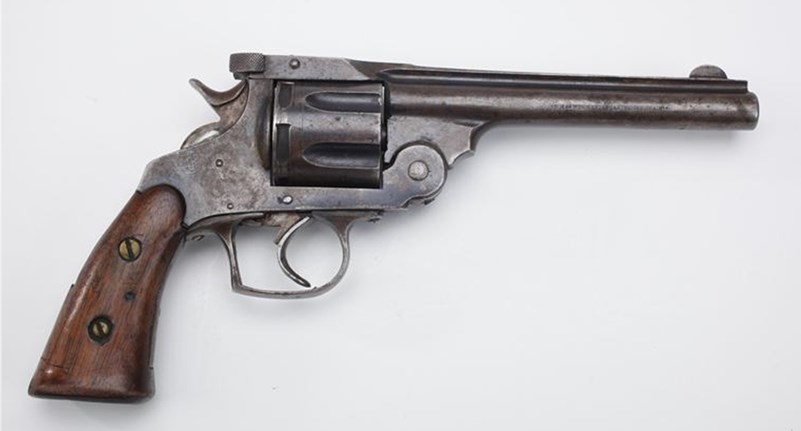 Typical of the myriad of foreign handguns that were imported to North and South America, were European revolvers that were copies of American brands. Break-open guns were crudely machined and finished. Some of the imports destined for south of the border could be found heading north with impromptu immigrants. Often these copies were chambered for the same cartridges as Colts or Winchesters, but a few were in calibers that hailed from across the Atlantic, perhaps not the easiest rounds to find in western general goods stores.

While nearly unknown today, guns manufactured under the Merwin & Hulbert name represented a technologically advanced product. On paper, Merwin & Hulbert was a company that was a marketing front for a group of New York sporting goods dealers who utilized the manufacturing capabilities of the Hopkins & Allen factory to put out single and double-action revolvers in large frame and small frame versions. 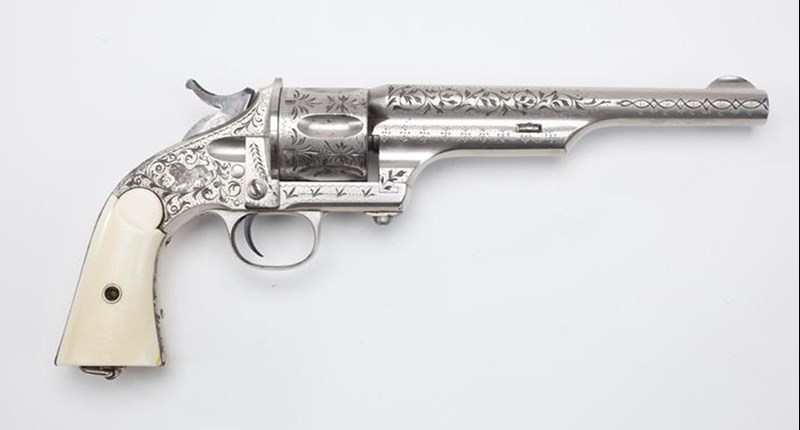 Spur-trigger M&H pocket pistols offered a slightly more compact carrying version. Larger frame Merwins were marked on the side of the barrel as Calibre Winchester 1873, indicating they were chambered for the .44-40 cartridge used in the Winchester Model 1873 rifles and carbines. Machining was kept to such close tolerances on Merwin & Hulberts that when the cylinders were opened to extract spent cartridges, the suction created would pull the cylinder back into the closed position. 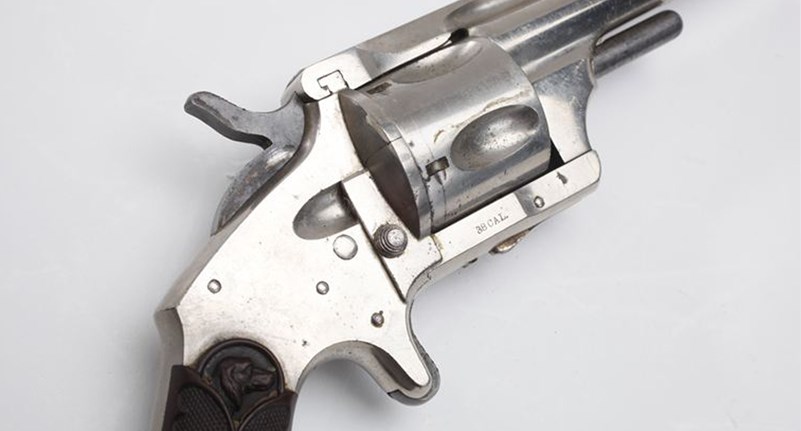 While the Sharps single-shot “buffalo” rifles were well-known across the West, the smaller Sharps & Hankins derringers, made in Philadelphia, received lesser brand recognition. Christian Sharps, the inventor of the breechloading percussion single-shot sold in the thousands during the American Civil War in carbine and rifle format, had early on left the Connecticut company that bore his name and headed south. In Philadelphia, Sharps began marketing a line of metallic cartridge four-shot derringers in .22, .30, and .32 rimfire chambering.

A rotating firing pin allowed each of the quad barrels to be struck in turn. In 1874, these pepperbox derringers ended their production run following the death of Christian Sharps. 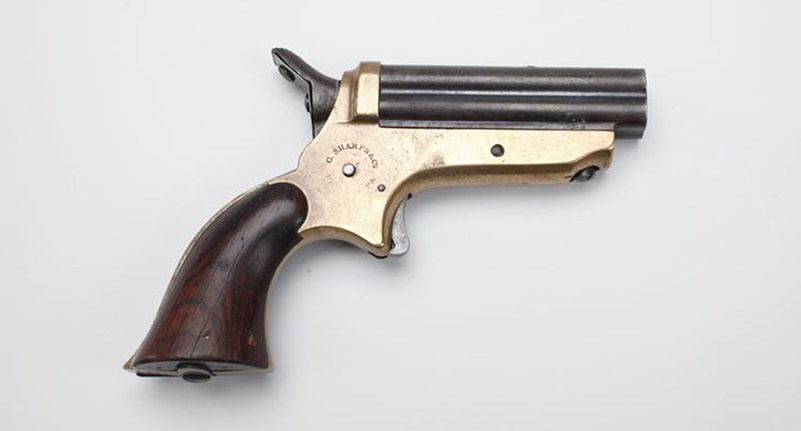 A powerful single-shot derringer that lingered into the late 1880s was the Connecticut Arms Hammond patent pistol, sometimes known to collectors as the “Hammond Bulldog or Bulldozer.” These pocket powerhouses were offered in .44 rimfire and in the more rarely encountered .50 rimfire version. The smooth profile of the “Bulldog” allowed it to easily slip into or out of a boot or pocket holster. Those taking a trip westward on the transcontinental railroad might elect to purchase a pocket handgun for personal protection far from home. 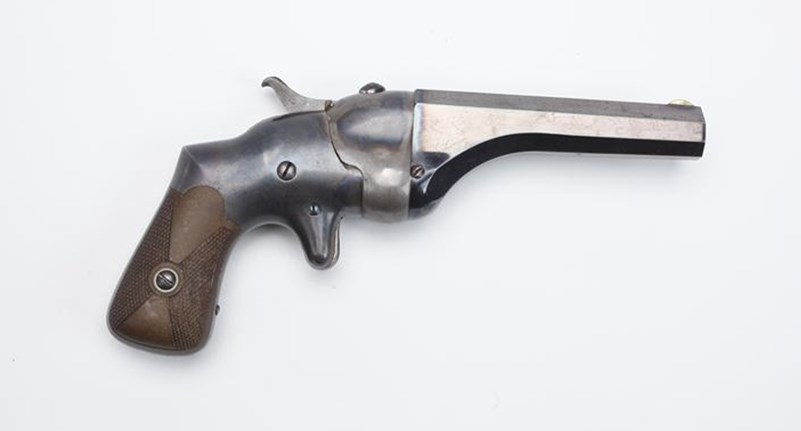 One lesser known lever-action rifle that could be encountered out on the plains was the Evans, made in Mechanic Falls, Maine. With a revolving magazine in the buttstock that could hold up to 38 center-fire cartridges, the Evans would have left Winchester lever-actions in the dust with its magazine capacity. But the Evans cartridges, found in two varieties, never achieved the universal acceptance of Winchester or Remington ammunition that could be found along the coast of California or deep in the foothills of Montana. 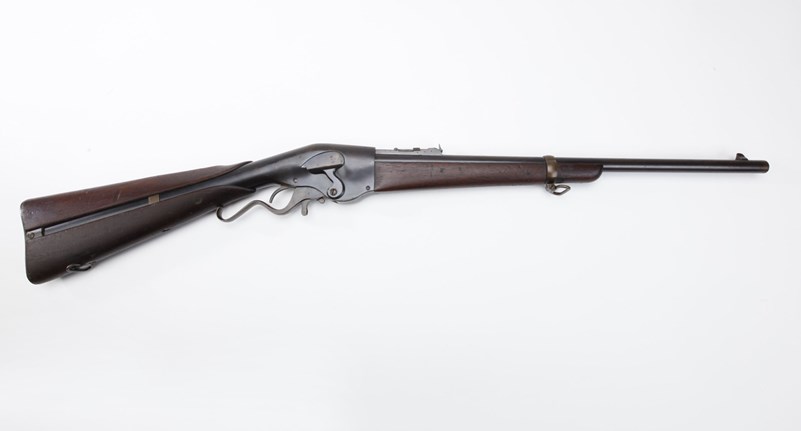 In the American West, the best might be what a customer could find depending on their budget and what was available in their location - no matter how remote it might have been.

To learn more about firearms a part of the American West, visit the National Firearms Museum in Fairfax, Virginia or browse through the exhibits online!