The Legacy Of The NRA Bianchi Cup

Spring has returned, ushering in another season of practices, matches and quests for glory for competitive shooters across the U.S. For pistol shooters, the name “Bianchi” boasts particular reverence and respect, synonymous with the world’s crown jewel of action pistol shooting, the NRA National Action Pistol Championship, known commonly as the NRA Bianchi Cup.

The premier shooting event earned its moniker from the world-famous silver trophy awarded to the champion, named in honor of the tournament’s founder, John Bianchi. Bianchi, a former police officer, Army National Guard major general and renowned holster maker, teamed with firearms trainer and IPSC shooting champion Ray Chapman, with help from Richard Nichols, in 1979 to host the inaugural event at Chapman Training Academy in Hallsville, Missouri, a suburb of Columbia. 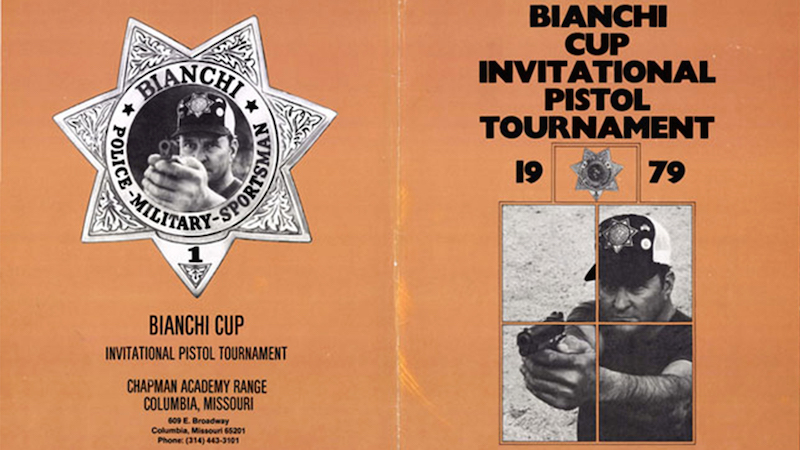 The duo recognized the growing interest in practical shooting matches -- namely IPSC, NRA Conventional Bullseye (later known as Precision Pistol) and Police Pistol Combat disciplines. However, at the time these competitions were sparse, and the country lacked a major event that united these pistol shooting disciplines.

Bianchi and Chapman built the pillars of the competition, developing four courses of fire that comprised the event. These courses laid the foundations for a new shooting sport – NRA Action Pistol. Never before had these shooting disciplines been united together in such a dynamic and challenging way. 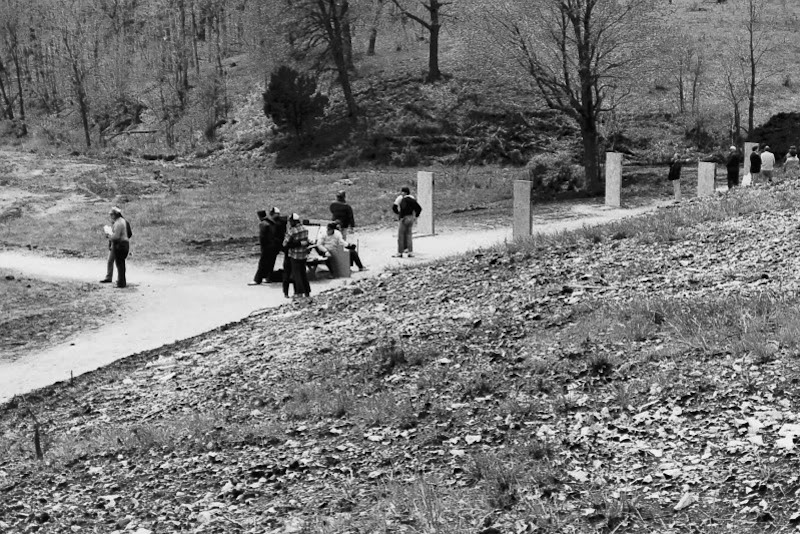 The Barricade Range at the 1980 Bianchi Cup. (Photo courtesy/BrianEnos.com)

Those four courses include:

The Bianchi Cup’s events were built to test three core factors of a shooter’s skill competency: speed, accuracy and precision, all fundamental tenets of precision shooting as a whole, and integral skills used in real-world defensive shooting tactics employed by law enforcement and military experts.

As a result, the competition has attracted the best practical competitive shooters and military/police competitors each year from around the globe, all vying for a chance to be named the National Action Pistol Champion and earn annual rights to the ornate silver trophy bearing Bianchi’s name. 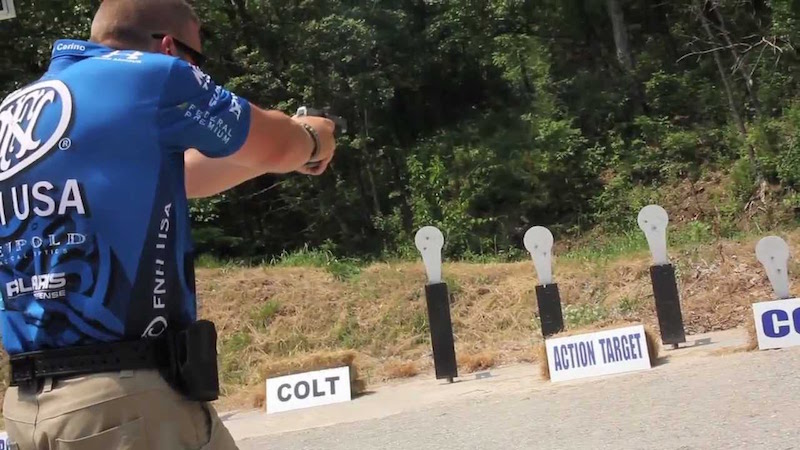 In 1984, the NRA formally named the Bianchi Cup the NRA National Action Pistol Championship, and took over organizational responsibilities the following year. The event is one of three events that make up the “Triple Crown” of action shooting, alongside the IPSC U.S. Nationals and the Steel Challenge Shooting Association’s World Speed Shooting Championships. The Bianchi Cup grew in popularity year after year, even being televised nationally via ESPN in the 1980s.

Ron Lerch was the inaugural Bianchi Cup champion in 1979, using a Colt 1911 to beat runner-up Mickey Fowler. Fowler returned the following year to take the cup, winning three years in a row. 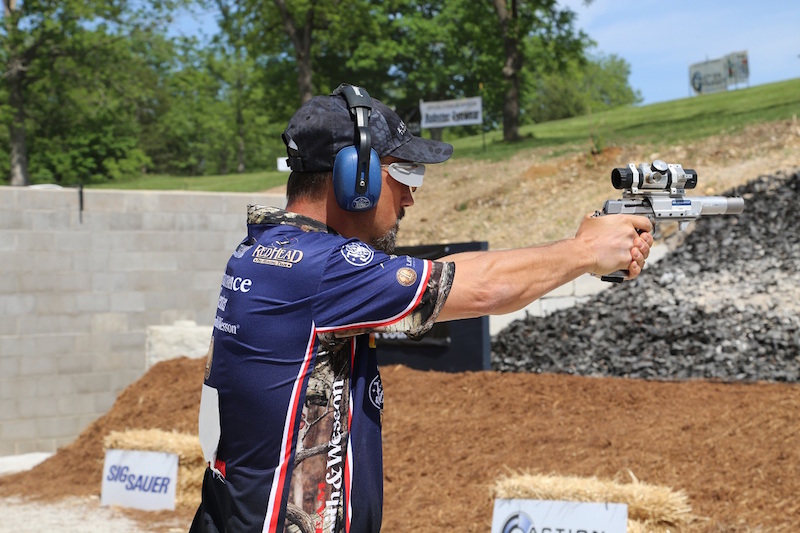 Throughout the illustrious history of the event, no competitor has won the Bianchi Cup more times than reigning trophy holder Doug Koenig, earning the championship a whopping 16 times. His first title win came in 1990, when he shot the event’s only perfect score in history. Bruce Piatt has the second most victories at five, notching his first win in 1993.

In the Women’s Division Championship, which debuted in 1980, South Africa’s Edith Almeida earned the first title, winning three straight years in a row. Vera Koo holds the record for most Women’s Division titles at eight, and New Zealand’s Tiffany Piper is the reigning Women’s champion.

This year’s NRA Bianchi Cup continues the legacy of the world’s best action pistol shooting in Hallsville at the Green Valley Rifle & Pistol Club May 24-27, 2017. Will Doug Koenig repeat as champion, or will a new challenger rise to occasion and claim the cup? Could it be you? Registration is still open, but spots are filling up quickly! To register for the 2017 NRA Bianchi Cup or learn more about the competition, including rules, sponsors and more, visit the website.
IN THIS ARTICLE
NRA Bianchi Cup National Action Pistol Championship competitive shooting
More
SUBSCRIBE