Faces Of The Competition At The 2017 NRA Bianchi Cup 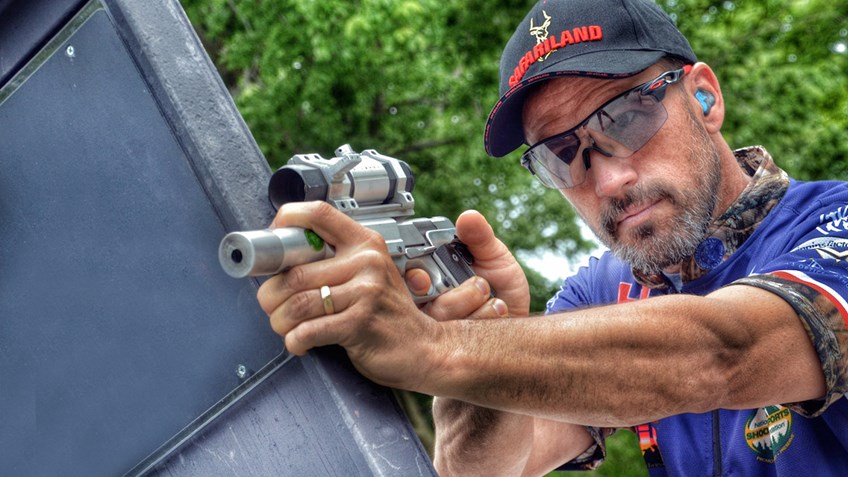 The NRA National Action Pistol Championship, better known as the NRA Bianchi Cup, is the world’s crown jewel of action pistol shooting. Held every spring just outside Columbia, Missouri, the Bianchi Cup brings together the best practical pistol shooters from across the globe to vie for the famed silver trophy awarded to the NRA National Action Pistol Champion.

This year’s Bianchi Cup kicked off May 24 and runs through May 27 at the Green Valley Rifle & Pistol Club in Hallsville. Amongst the registrants plying their shooting skills in the competition’s four courses of fire are longtime veterans, prior champions and up-and-comers looking to earn their spot in shooting sports history and become part of an elite fraternity of shooters that have won the cup.

Here are just a few of the competitors toeing the line this year in Missouri: 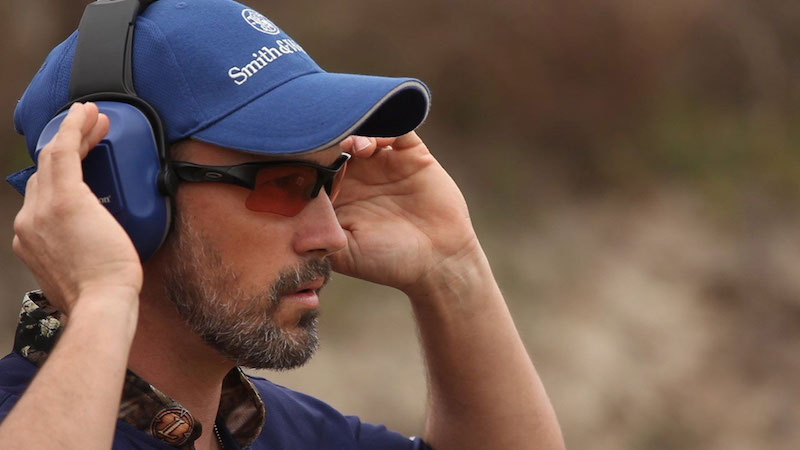 Doug Koenig
Shooting legend and reigning champion Doug Koenig returns to the Bianchi Cup seeking his 18th championship, the most of any competitor in event history. Koenig’s first Bianchi Cup title came in 1990, when he shot the first – and at the time, only – perfect score ever recorded at the Bianchi Cup.

Fun fact: At the 1990 IPSC Handgun World Shoot, Koenig became the first world champion shooter to use a red dot sight instead of traditional iron sights. 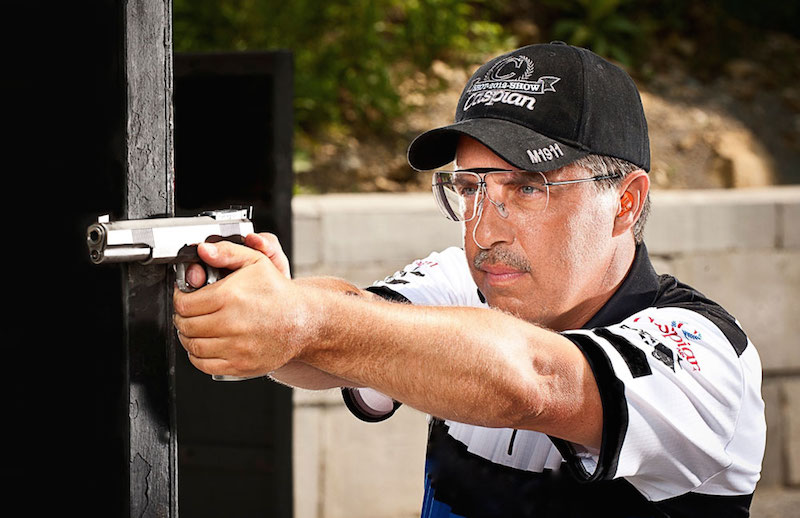 Bruce Piatt
Bruce Piatt comes in second all-time in the number of Bianchi Cup victories behind Koenig, notching five titles. With his most recent Bianchi Cup championship in 2009, Piatt, who recently retired from the Montvale, New Jersey Police Department, is looking to unseat Koenig as the NRA National Action Pistol Champion and take home his sixth crown.

Fun fact: Piatt married his wife, Reyhan, just days before the 1993 Bianchi Cup -- which he went on to win. 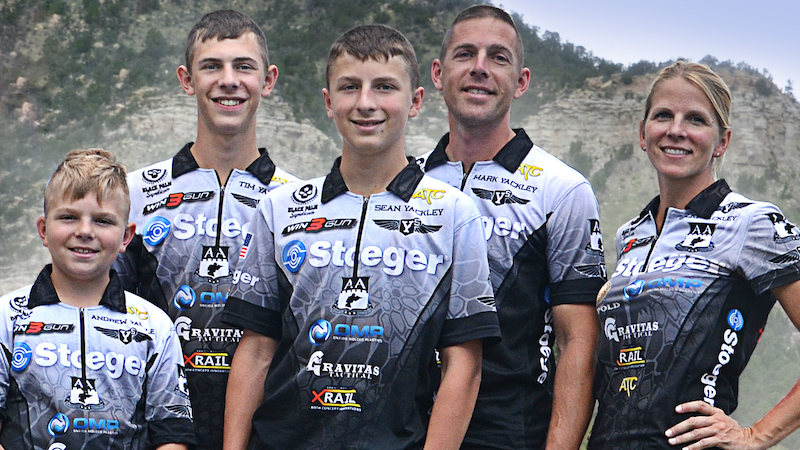 The Yackley Family
One of America’s finest examples of families sticking together through their passion for the shooting sports, the Yackley family is on the Bianchi Cup range in force this year looking to pen their surname in the history books. Four of the five Yackley shooters – Mark and Becky, and sons Tim and Sean – are participating in this year’s event. We’re sure Andrew, the youngest of the sons, isn’t far behind.

Fun fact: Becky is more than a great shot with her firearms – she’s also an excellent photographer! In addition to competing, she also documents shooting competitions across the country in her breathtaking photos, which you can see in her online galleries. 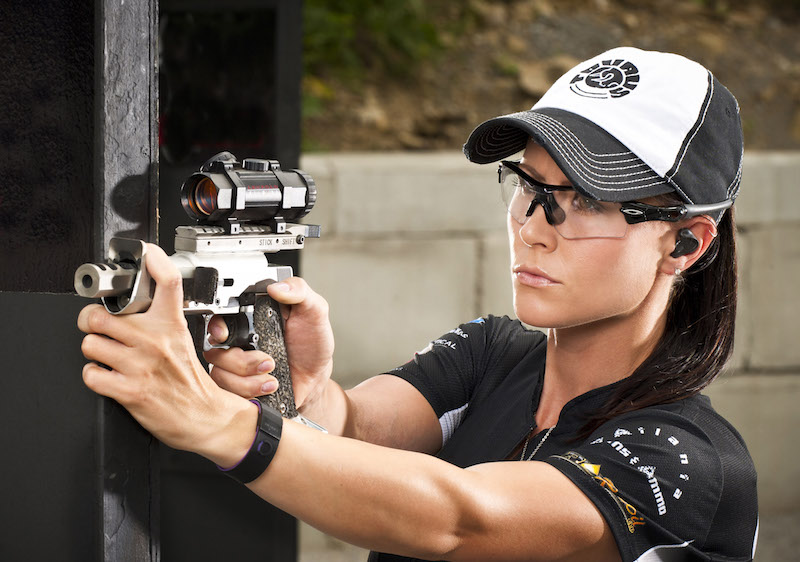 Jessie Duff
No stranger to the Bianchi Cup, Taurus USA Team Captain Jessie Duff wants to continue her winning ways in 2017 by earning another ladies’ title. Duff has won the Ladies’ Open five times in her career, and heads to Hallsville seeking her fifth tournament win this year.

Fun fact: Jessie was the host of the hit show NRA All Access, and co-host of Friends of NRA, which chronicles the important fundraising efforts of Friends of NRA volunteers across the country. Watch on NRATV! 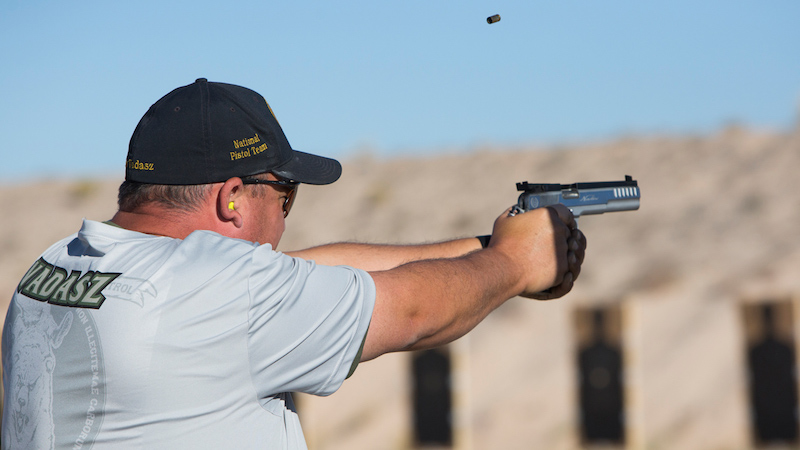 Fun fact: Vadasz, a U.S. Senior Border Patrol Agent, is a legend of the NRA National Police Shooting Championship. His eight titles are the second-most all-time at the event!