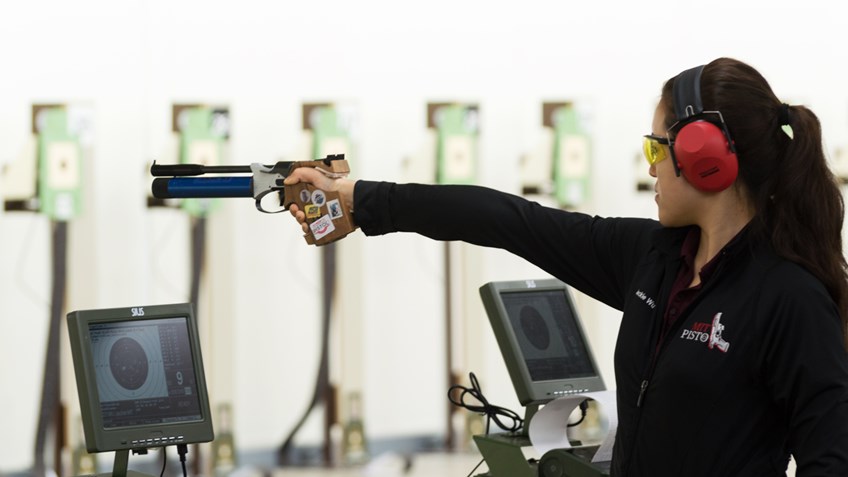 The Black Knights of Army took the Team Aggregate title, finishing with a team total of 6372. West Point’s squad, led by senior Jeffrey Schanz and rounded out by Caleb Roth, Travis Moody and Mark Lister, edged out the cadets from The Citadel, who fell to second with a score of 6345. The Coast Guard Academy came in third place, shooting a team total of 6309.

Ohio State triumphed in the Women’s Individual and Team Aggregate categories, where junior Irina Andrianova of Schaumburg, Illinois, won first place with a total score of 918, a one-point margin of victory over USCGA sophomore Helen Oh in the Individual Aggregate. Buckeye sophomore Emily Rust rounded out the top three, totaling 912.

The Buckeye Women won the Women’s Team Aggregate with a total score of 2685. MIT finished second with a 2668 total, and the ladies of the Coast Guard Bears came in third at 2662.

The latest wins from service academy athletes continue the tradition of military academies producing winners in the championships. The first Individual and Team Free Pistol Champions hailed from the U.S. Naval Academy in 1981. In 1986, Navy won the first Open Team Championship, and repeated the next year.

The service academies dominated the Open Team championships until 2000, when the Buckeyes broke the streak. Ohio State had won three straight Open Team Championships since 2014, but the cadets of Army ended their run this year.