History in a Handgun: Jefferson Davis and His Kerr Revolver 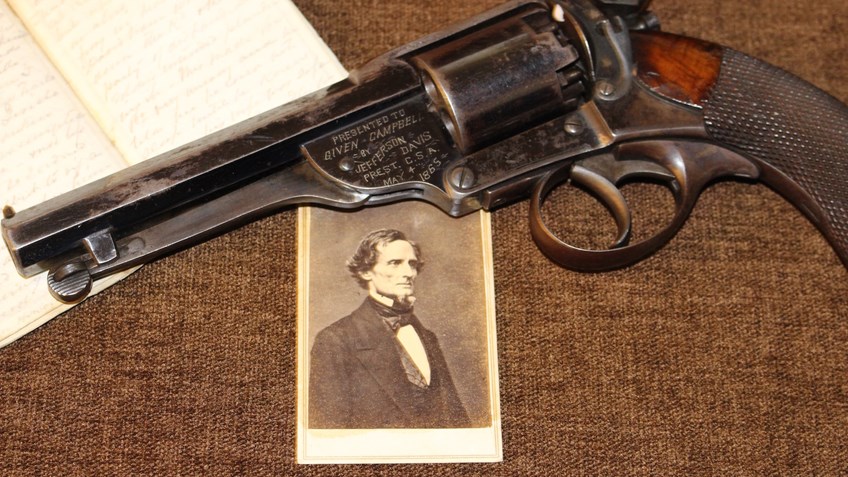 Amidst the thousands of firearms represented in the NRA National Firearms Museum exhibits are certain special pieces that convey unique historical perspective.

One of these guns actually saw the closing chapter of the American Confederacy first-hand, tucked into the holster of the only president the Confederate States of America ever had.

It was April 2, 1865.  The besieged city of Richmond, Virginia, capitol of the Confederacy, was falling and Jefferson Davis was boarding a fast train to escape. The primary supply line for the southern city had been the Richmond and Danville railroad, and it was natural for Davis to select this means of escape, as Gen. Ulysses Grant and his Union Army was poised to capture Richmond. 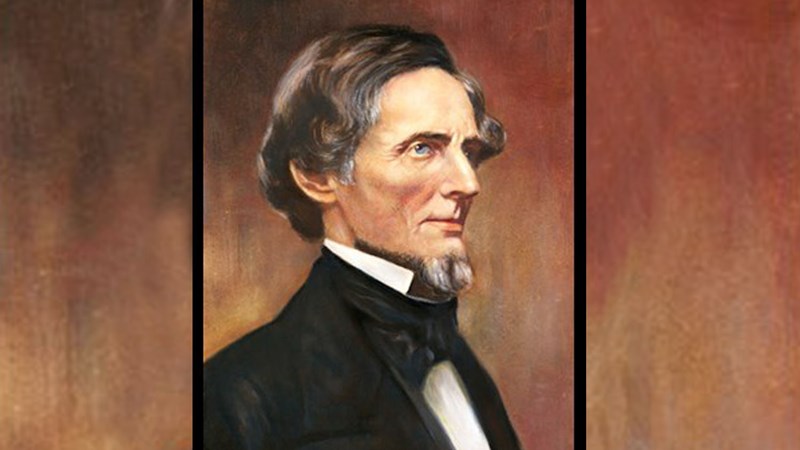 Accompanying Davis travelling southwest to Danville was part of the dwindling Confederate treasury, as well as members of the Confederate cabinet. It was at Danville that Jefferson Davis received Robert E. Lee’s letter announcing his surrender at Appomattox. Issuing his last official proclamation as Confederate president, Davis then headed further south to Greensboro, North Carolina.

The plan was to escape the pursuing Federal forces, possibly fleeing to Havana, Cuba and setting up a new government in exile for the continuation of the war. Through the Carolinas, Jefferson Davis continued his flight, winding up in Washington, Georgia, where he dissolved the Confederate government and cabinet on May 5, 1865.

But our historical firearm had ceased its immediate connection to Jefferson Davis the day before. Captain Given Campbell was the commander of the escort of Jefferson Davis, and on May 4 he received a Kerr revolver, serial number 1041, from Davis. This five-shot .44 caliber revolver was manufactured by the London Armoury Company and purchased by Jefferson Davis, potentially as part of a pair.

Captain Campbell was a noted cavalry officer in the 15th Kentucky, hand-picked by Davis to serve as the 10-man escort’s commanding officer, and the gift of a revolver would have been an appropriate item. British imports like the Kerr served throughout the Confederate forces, and a good percentage of the 10,000 Kerr revolvers made no doubt saw service in the American Civil War. 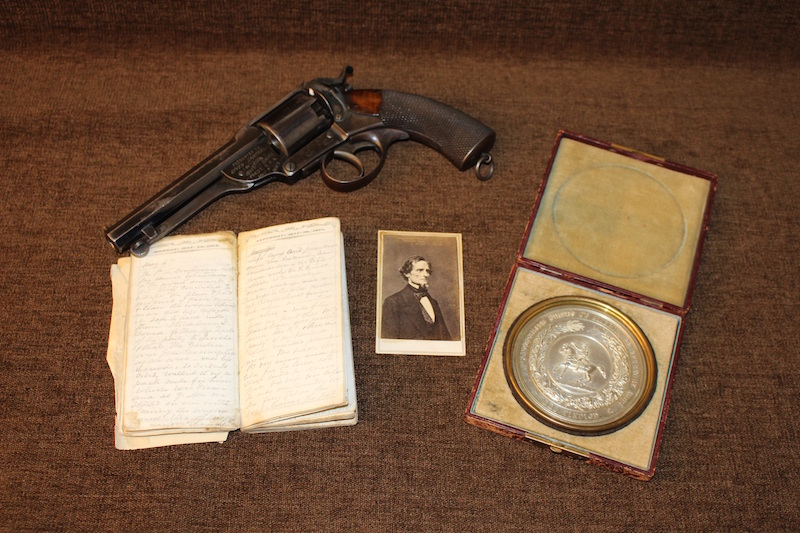 However, this revolver wasn’t the only gun Campbell would receive. Campbell’s diary, covering the time period from March through May of 1865, survives in the Library of Congress. Within its pages is told the tale of how Jefferson Davis actually presented Campbell with a pair of Kerr’s patent revolvers. We don’t know what happened to the other Jefferson Davis Kerr revolver. Perhaps Captain Campbell passed it along to another member of the escort, but all wen know for sure is that the other Kerr sidearm has faded into history.

Despite his gift of guns, Jefferson Davis had only a limited amount of time left. On May 10, 1865, he was captured by Union cavalry troops at Irwinsville, Georgia.

In an exhibit case near our “Nation Asunder” gallery is the present resting place of the Jefferson Davis Kerr revolver.  Presently on loan from a friend of the NRA, this historic handgun is displayed with a Kerr holster, a silver electrotype of the Great Seal of the Confederacy, and an original diary kept by Captain Campbell. 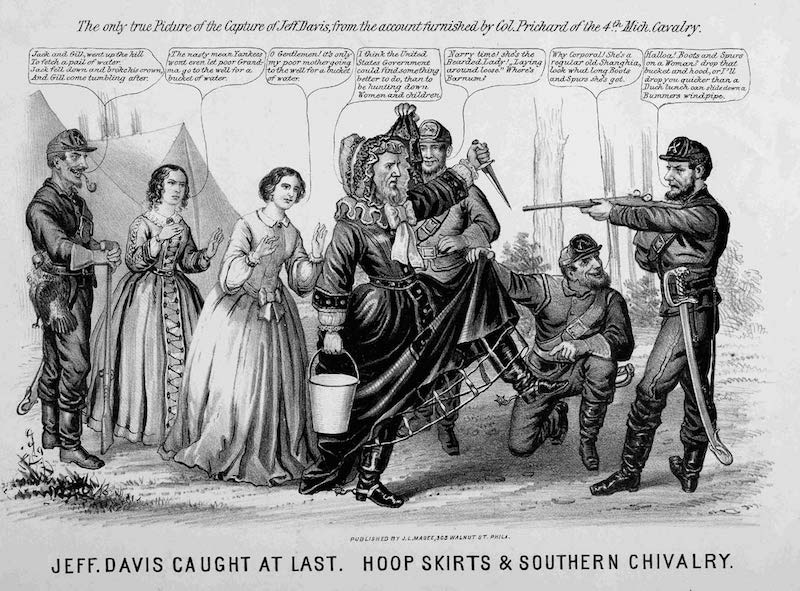 From details revealed these two Campbell diaries, one can piece together the final days of the escape of Jefferson Davis and the connection of this revolver to the Confederacy’s only president, as well as his final escort. The inscription added by Given Campbell to his revolver is still clearly visible, forever connecting this handgun into the threads of our nation’s tumultuous history.

See this incredible relic of American history and thousands of other unique, historic and significant firearms and learn their stories by visiting the NRA National Firearms Museum at NRA Headquarters in Fairfax, Virginia!