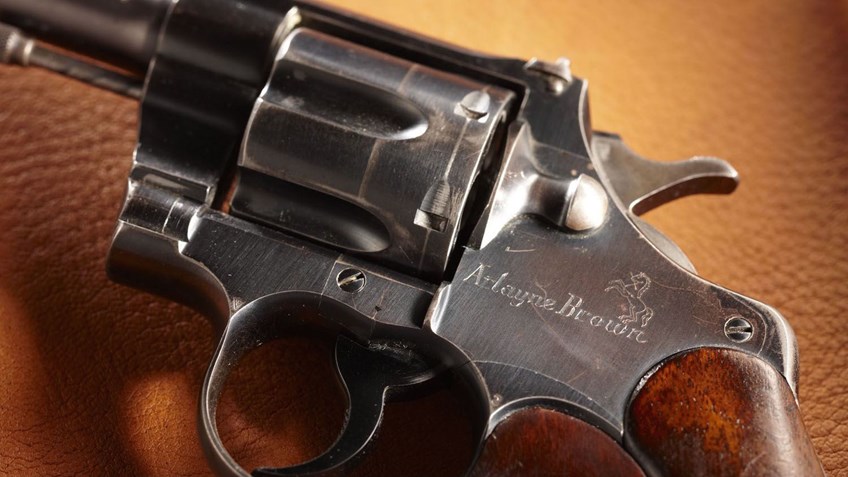 Competitive shooting attracts enthusiasts of all ages, but great skill usually takes time to develop. That wasn’t so for St. Louis-born Arlayne Brown.

Already a noted sharpshooter at the age of 12, she won a total of 19 medals competing against a field of adults one year later at the famed National Matches in Camp Perry, Ohio. Like most pistol shooters of the day, Arlayne favored the revolver. The handgun she chose for her competition at Camp Perry was a Colt Officer’s Model Target revolver, a double-action .38. 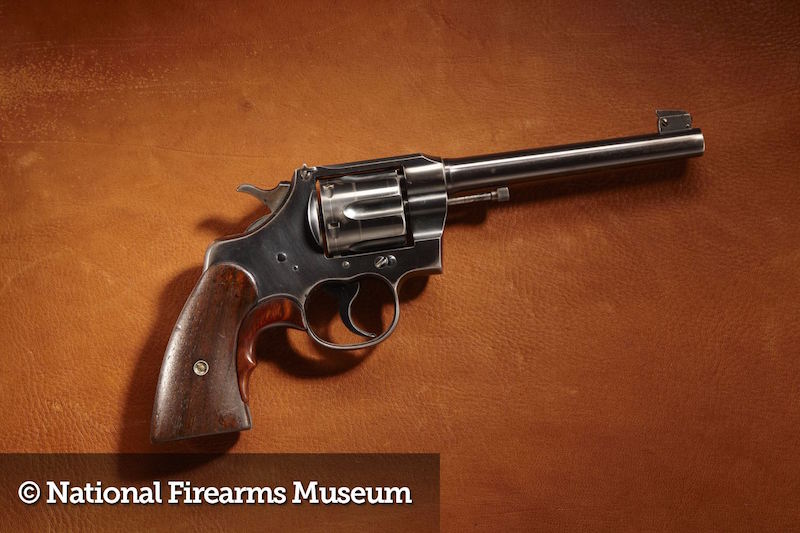 While today’s shooters can adjust for both windage and elevation at the rear sight, not that long ago there were very complicated adjustments that needed to be made at both the front sight and the rear sight on target handguns to be able to precisely align the point of impact on the target.

On Arlayne’s Colt, the front sight could be tilted upwards using a screw mounted at the front of the sight. However, as the angle changed, so did the area exposed to light. Most competitors carried replacement sight blades in the shooting kit or “dope bag” that accompanied them to the firing line.  The rear sight of Arlayne’s Colt revolver could be drifted left or right for windage adjustment. 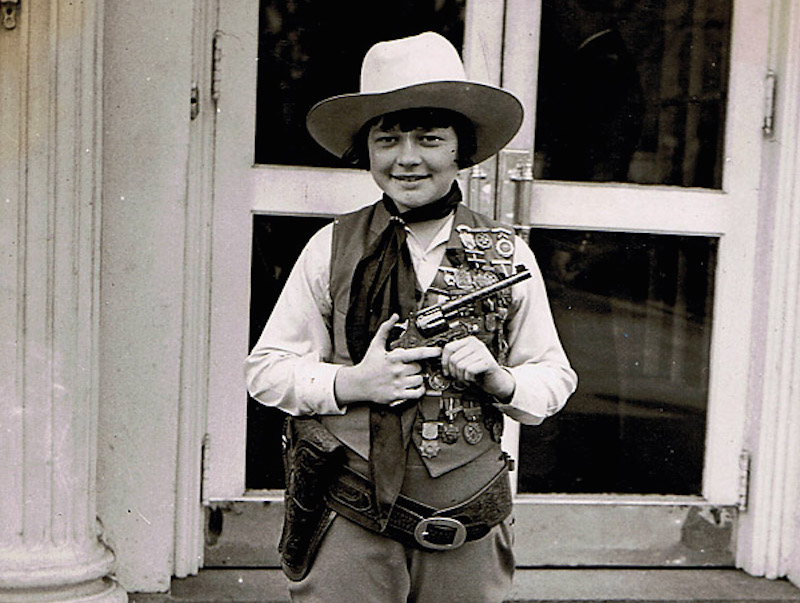 One of the distinctive changes that Arlayne made to her handgun was to affix a grip adapter, allowing her smaller hand to better fit the large frame of the double-action revolver by changing the effective width where she grasped the frame. This Colt revolver was specially ordered from the factory for the pistol competition at the National Matches, and it is believed that the inscription “Arlayne Brown” engraved on the left side of the frame was done at that time. The 13-year-old’s shooting skill with her handgun was featured in the National Matches newsletter published in September of 1929.

Nine years later, Arlayne was a member of Ringling Brothers and Barnum & Bailey Combined Wild West Circus, a traveling show that toured the East Coast and Midwest. Her shooting style was similar to what previous circus sharpshooters had offered, such as in the days when Buffalo Bill toured the world. 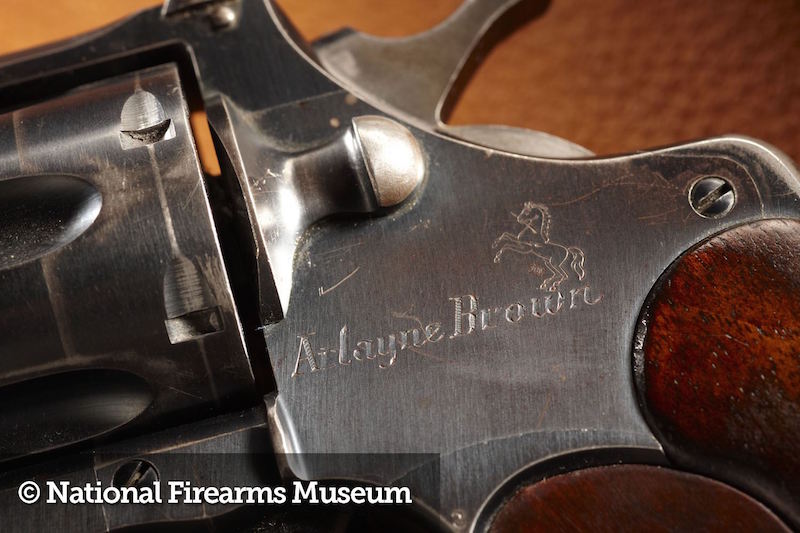 Arlayne Brown performed shooting stunts using a mirror, and also shot from an upside-down position on an inverted chair. Her favorite targets were playing cards, which she could handily split edgewise out to 60 feet away. Nipping pieces of chalk or crayons at the same distance proved to be a crowd-pleasing event, especially when she performed this stunt at a rapid-fire pace. She continued with the circus throughout the 1930s. 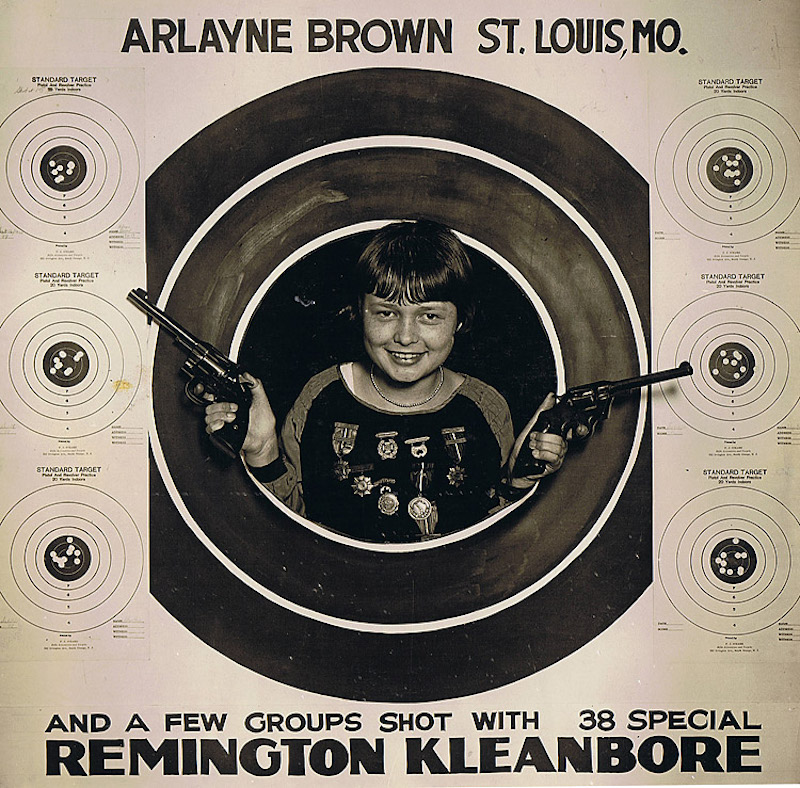 Arlayne Brown’s shooting career came to a close at the age of 45 in 1961, and upon her death, she was interred near her hometown of St. Louis. Her favored handgun is today on exhibit in the NRA National Firearms Museum in the competitive shooting gallery, where it resides next to other firearms that set records at the National Matches.