Cabela’s, Bringing The Outdoors To You 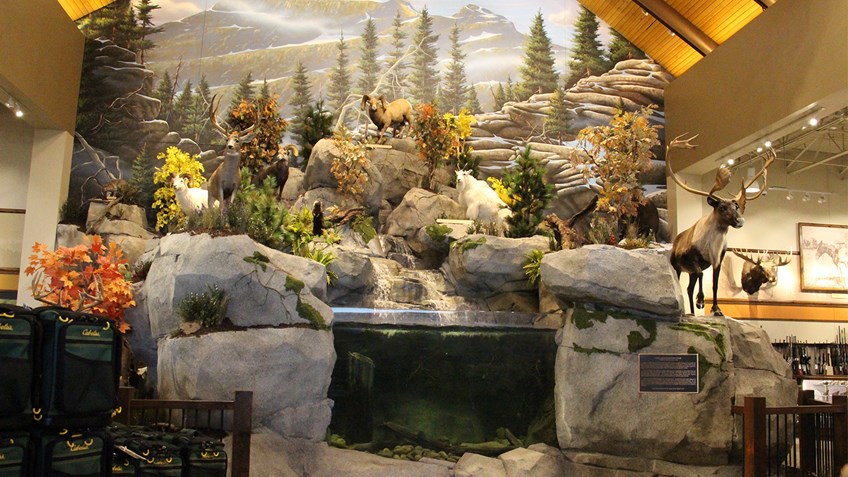 The outdoors is a place of peace, serenity and reflection. Many navigate to the wilderness to get away, to really dig deep into oneself to find inner joy from a natural phenomenon. Most only dream that someday the one thing they rely on for peace could take over their way of life.

One man was fortunate enough to take his passion for the outdoors and mold it into a life-long career. Jeff Hartwig is one of two Theme Design Managers behind the magic in every Cabela’s across the county, he brings the outdoors inside for all to admire. 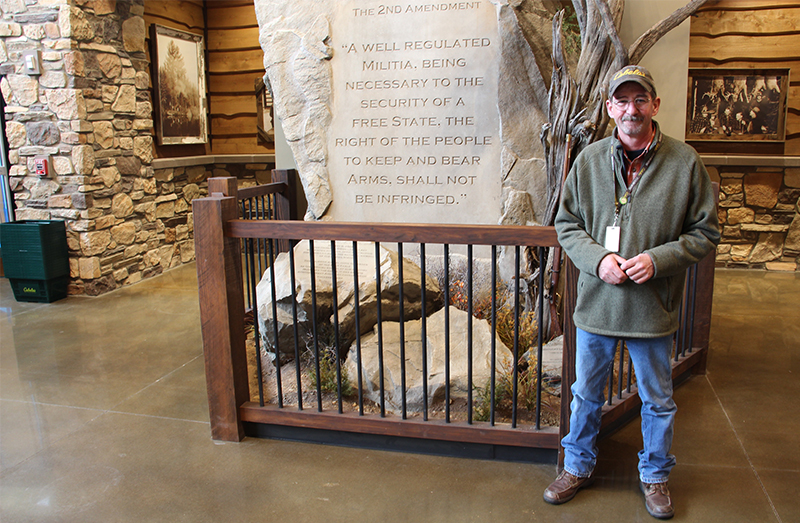 Jeff is connected to the outdoors not only in his spare time but also in his career. Being a Theme Design Manager with Cabela’s for the past 10 years may seem like an arduous task, but he makes it look simple.

“We put the icing on the cake, the eye candy,” he explained. “We try to create a shopping experience that keeps bringing people back, an experience people will want to bring their relatives to come and see.”

At first glance you would never assume that Jeff got his start in the design industry through high end fashion, but he did.

“I started off fresh out of high school doing visual merchandising in high end department stores,” said Jeff, “But I've always been connected to the outdoors and I worked with a lot of people with no interest in the outdoors.”

His life took a turn for the better when an outdoor store stumbled upon him. They needed someone who understood the retail industry and the outdoors equally; having the best of both skill sets, Jeff was perfect for the job. 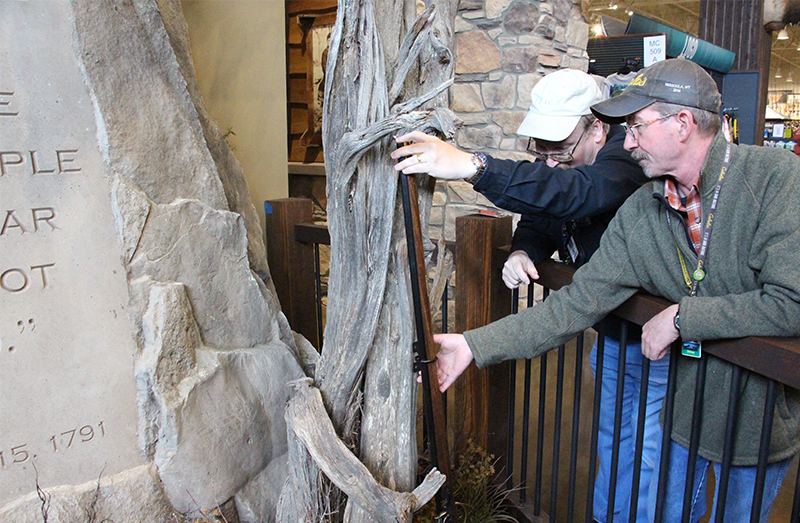 A lot goes into putting a store of this magnitude together, and it is all constructed in eight months’ time.

Before the install Jeff and his team began searching for ideas based on that location. By researching the area, they seek out what the hunting culture and traditions are like, what big landmarks there are, and then decide how that shapes the store.

Cabela’s has 87 stores across the country, and with the help of his design team Jeff was tasked with bringing yet another to life in Gainesville, Virginia.

After extensive research through the National Archives and local sources, the plan was all laid out. Landmarks like the Potomac River, Washington D.C., National Rifle Association Headquarters and The National Firearms Museum were big influences in the design.

“Once we get an idea of who our customer is and what landmarks are nearby, the process takes off,” he said. “Because it is near Washington D.C. we went with a patriotic theme.” 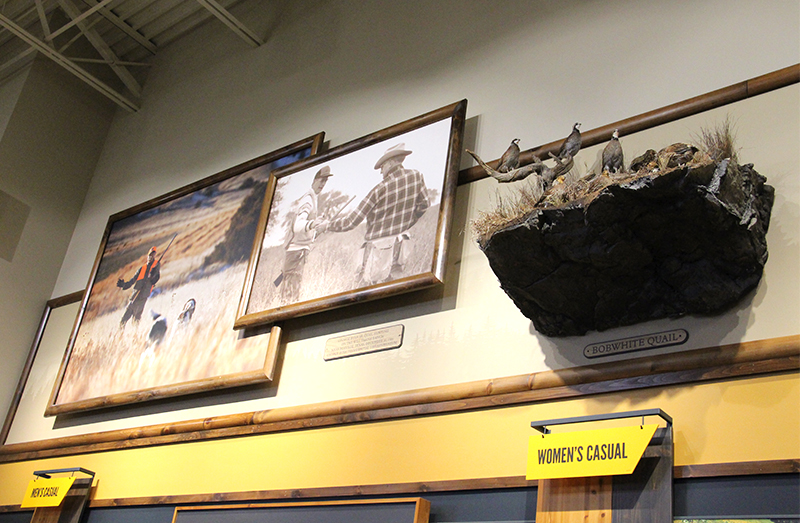 Working with taxidermist, muralists, artists, architects is a lengthy process. Virginia had both high and low elevations, meaning the various species of wildlife needed to be represented within this store span from Elk to Black Bear. 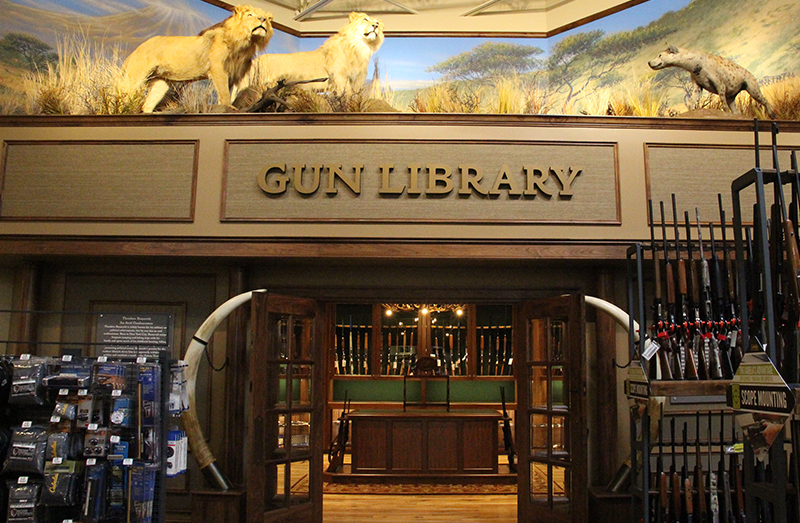 “We specifically chose President Roosevelt because they called him the ‘Father of Conservation,’ he helped develop a lot for public lands. He really got the ball rolling, creating a rich heritage for the U.S. through National Parks,” he explains. 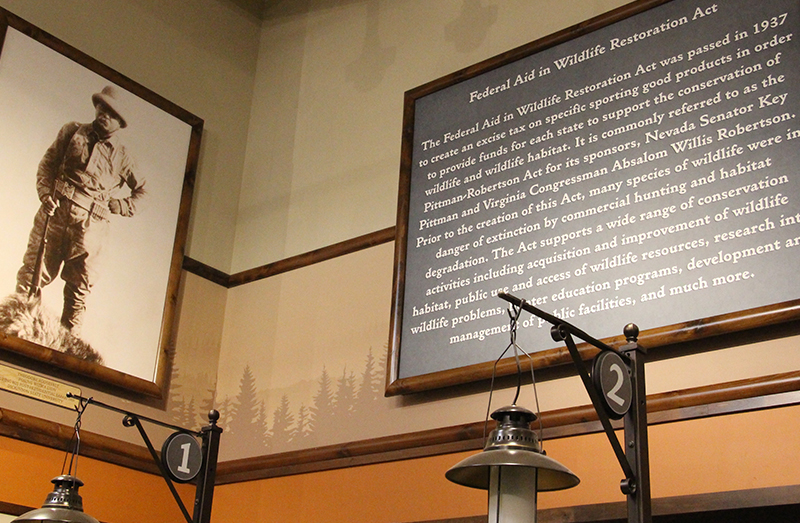 With the National Firearms Museum and NRA Headquarters right up the road, both Cabela’s and the NRA hoped to include a little history through a selection of firearms.

“We have four pillars at Cabela’s: Hunting, Fishing, Camping and Shooting. The NRA supports hunting and shooting but it also supports it from a political aspect ensuring the Second Amendment remains intact,” Jeff explains. “It supports everything that the sportsman connects with and that’s why the NRA really ties in with the Gainesville location." 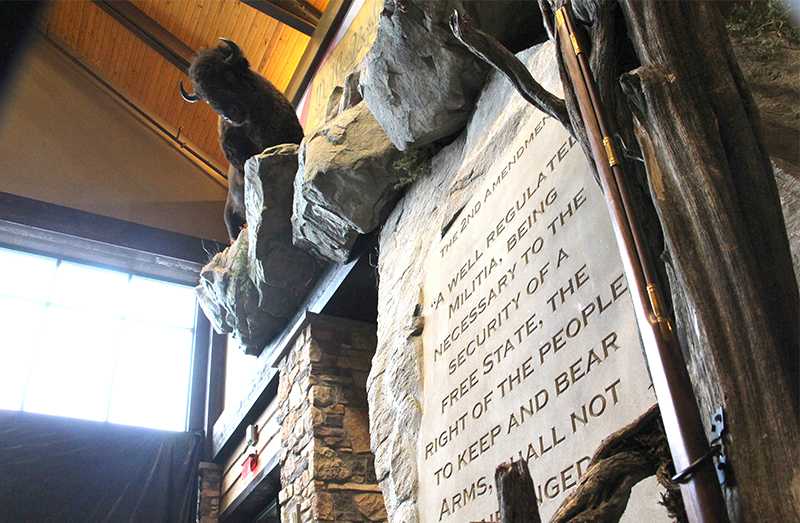 The various rifles donated explain many different aspects firearms played in history and were meticulously chosen for this project.

Jeff is an avid outdoorsman, he hunts, fishes, kayaks, canoes, camps, hikes – he does it all. His personal connection to what Cabela’s is, to the outdoor industry and the Second Amendment is what makes each display well thought out and unique.

“I am an end user, I am our customer,” we couldn’t have said it better than this! 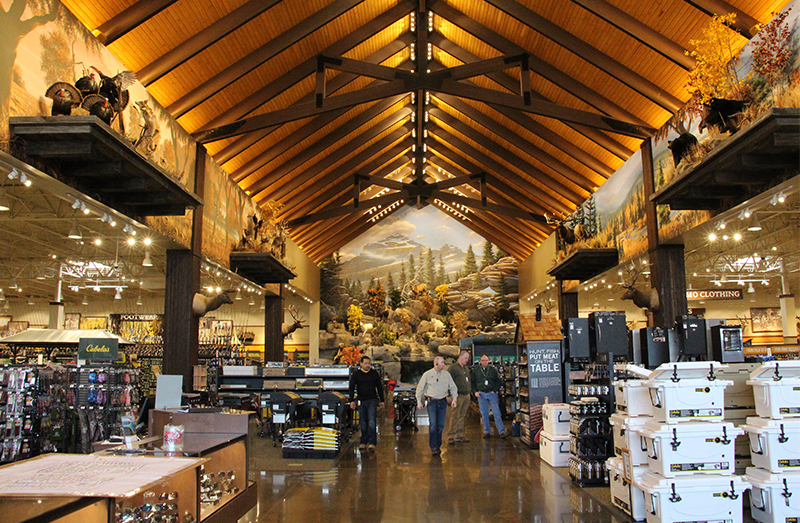 Cabela’s in Gainesville, Virginia will have its grand opening Thursday, March 9th! Doors open at 10AM followed by a weekend-long celebration!