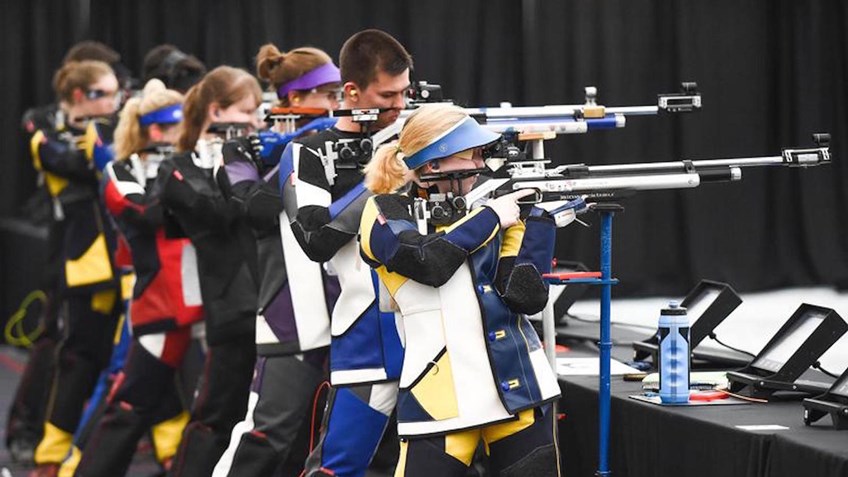 The 2017 NCAA Rifle Championships start today, Friday March 10, on the campus of The Ohio State University in Columbus, Ohio, where 48 of the nation’s best student-athlete shooters will compete for team and individual glory over two days.

The accuracy, focus and talent of these competitors is astounding, and is the product of years of intense training. To set a completely level playing field and ensure the integrity of these shooting matches, where mere fractions of inches are the difference between champions and runners-up, the rules must be thorough – and they are, indeed.

We won’t throw the rulebook at you and ask you to memorize each line, but we have compiled some of the important highlights that govern NCAA rifle competitions. With these rules in mind, you can understand what to look for when following this weekend’s National Championship, and begin to understand just how impressive the feats of shooting skill exhibited by all collegiate shooters are.

Close Quarters
Bylaws 17.02.3 and 17.02.4 dictate that a “countable contest,” which contributes points toward the standings, is a match where squads of at least four student-athletes from two opposing schools shoot in shoulder-to-shoulder competition. All matches during the NCAA Qualifier weekend are shot shoulder-to-shoulder, as well.

Three Score
The standard match format will follow USA Shooting’s 60- shot course smallbore and 60-shot air rifle competition, with no more than an hour’s break between the disciplines. Small bore shooting always comes before air rifle shooting. Any change in format must be agreed upon in writing by the head coaches from each school at least one week in advance. There are no exceptions to the standard match rules during the Qualifier or Championships.

On Target
Shooters can’t just stick any electronic target up and start firing. For air rifle, shot at 10 meters, and smallbore, shot at 50 feet, all NCAA competitions using electronic scoring targets shall comply with USA Shooting Rule 6.3.2 and be at least ISSF Phase I approved. For a complete description of target uses, including eligible paper targets, consult the official rules.

Weight Watchers
No, this isn’t about the weight of the shooters. The maximum weight for a complete smallbore rifle cannot exceed 8 kilograms. Previously, a maximum weight of 6.5 kilograms was imposed for female shooters, but as of this season, both men and women can use up to an 8 kg rifle. 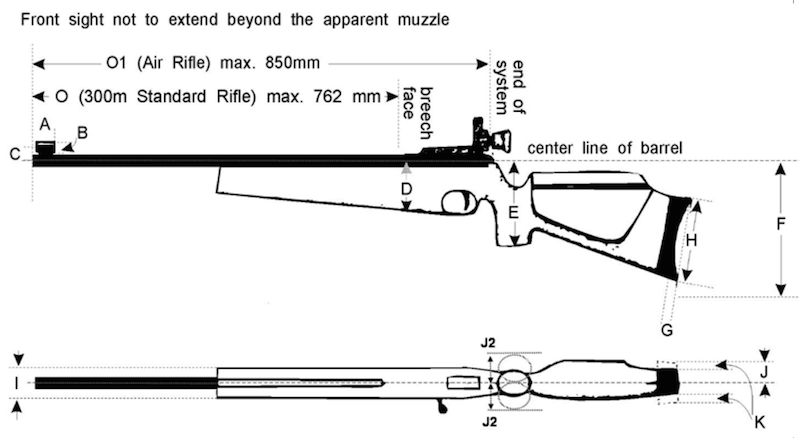 One at a Time
NCAA shooters aren’t worried about magazine capacity. Only single shot rifles that must be manually loaded before each shot are permitted in competition. Additionally, only one rifle can be used in the Elimination, Qualification and Finals rounds of an event. The action, barrel and stock cannot be changed, but the shooter can swap detachable buttstocks or accessories (so long as the weight remains under 8 kg!)

Line of Sight
Shooters cannot affix lenses or scopes to their rifles. However, they can use non-lens sights or wear corrective or tinted lenses or eyewear, as well as affix rear sight blinders to their rifles on the non-aiming eye side.

Differently Abled Shooters
Despite the rigid rules in effect to create a truly fair and level competition, the NCAA encourages participation by student-athletes with physical or mental disabilities to the full extent of their interests and abilities. Teams may seek, on behalf of any student-athlete on their team who has a disability, a reasonable modification or accommodation of a playing rule, provided that the modification or accommodation would not: 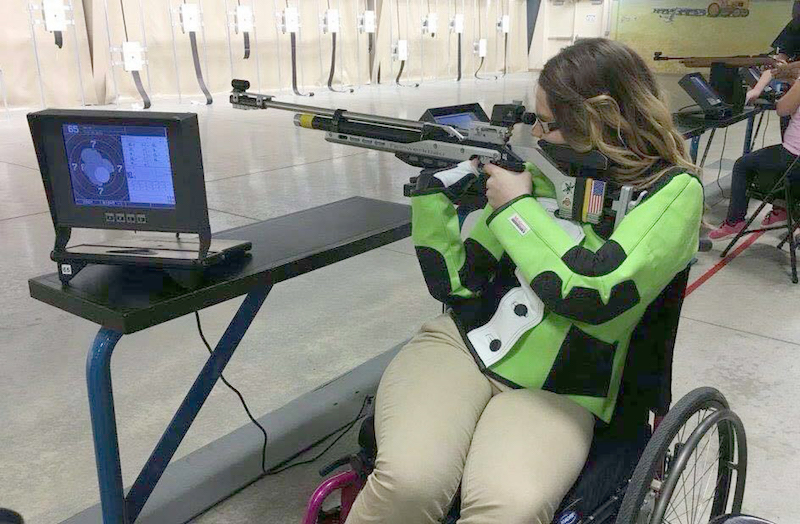 Safety First
Obviously with any shooting sport, safety if the foremost concern of everyone involved. Student-athlete safety is governed under the official NCAA and USA Shooting rules. In addition to standard safety measures which include the use of shatterproof eye protection and safe gun handling at all times, safety flags must be inserted in all rifles at all times other than when being used in the match or being dry fired on a firing point. If a shooter fails to employ the safety flag, Jury members must warn them and instruct them to use the flag. Repeated offenses will result in the shooter being disqualified.

These are only scratching the surface of the robust code of rules that govern the NCAA rifle shooting competitions, designed to introduce new fans and prospective future shooters to the sport and the laws of the game. To view the complete NCAA and USA Shooting rules guide – all 62 pages! – click here!