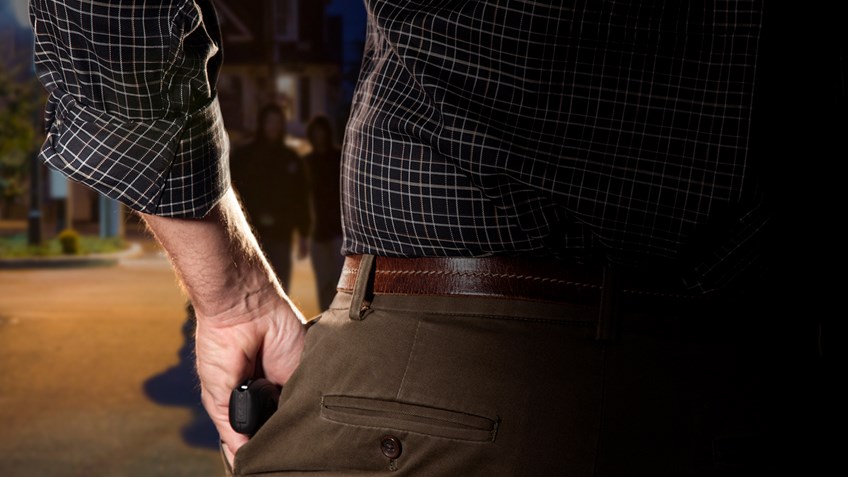 The headlines blazed across the world over the weekend detailing heinous acts of terrorism committed against innocents on U.S. soil, punching a fresh wound in the national psyche just days after the 15th anniversary of the September 11 terrorist attacks and sowing more doubt into the minds of Americans about their safety and security in their own country.

In the thicket of violence emerged Jason Falconer, a former police chief and shooting range owner who dispatched the knife-wielding Somali extremist who injured 10 people. In the wake of the incident, we learned that Falconer, who owns Tactical Advantage training in South Waite Park, Minnesota, is a former police chief and current part-time officer, competitive shooter and NRA Certified Instructor, though many mainstream media outlets quickly attempted to scuttle his NRA certifications under the rug while downplaying the truth of the situation: well-trained gun owners can save lives.

Many in the media are now confronted with facts that debunk their baseless opposition to a responsibly armed citizenry, proving (again) the value of a “good guy with a gun.” The fact is, trained citizens who carry firearms are not only better suited to repel threats against their person and property, but become invaluable assets in their communities to help ward off violent perpetrators. The importance of the ability to respond to rapidly emerging threats cannot be understated, and it’s nauseating to think of the outcome of Saturday’s attack without the intervention of a trained gun owner.

This isn’t a fear-mongering plea or call to arms to fight an invisible enemy in some dystopian, doomsday scenario; this is real life, unfolding right before our eyes. An armed maniac, with ill intentions, injured ten completely unsuspecting Americans in a mall in Minnesota, and a concealed carrier singlehandedly stopped him from hurting more people. This could conceivably happen anywhere, and without law enforcement or a trained armed citizen to stop it, who knows how bad the outcome could be?

If anything, this situation demonstrates not only the benefit of carrying a firearm, but the importance of getting the right training to know how and when to use it. Jason Falconer understands this, and trained to become an NRA Certified Instructor, one of the tens of thousands of men and women who provide the gold standard of firearms training to tens of thousands of American gun owners, year after year.

The lessons taught in NRA Training courses can help gun owners of all skill levels and disciplines learn new skills, refine existing skills, improve their marksmanship, develop defensive tactics and strategies for concealed or open carry, and know when they are within their legal rights to use their firearm.

The NRA’s primary goal today is every bit what it was when it was formed in 1871: to educate and train American gun owners to be better, safer marksmen – that will always be the foremost priority of the National Rifle Association, and judging from the headlines, it’s never been more necessary than right now.

Just ask the survivors of the attack in St. Cloud Mall, who escaped with their lives because of the quick thinking and skills of a well-trained gun owner.

To learn more about NRA Training courses, find a course near you, or learn how to become an NRA Certified Instructor, visit http://www.nrainstructors.org