A Brief History of Firearms: Meanwhile in Europe... 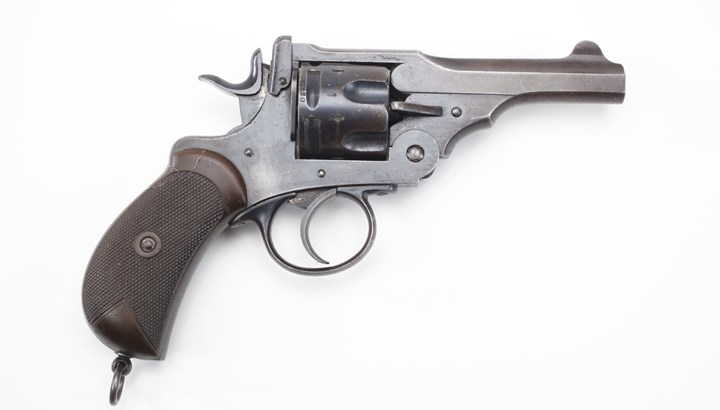 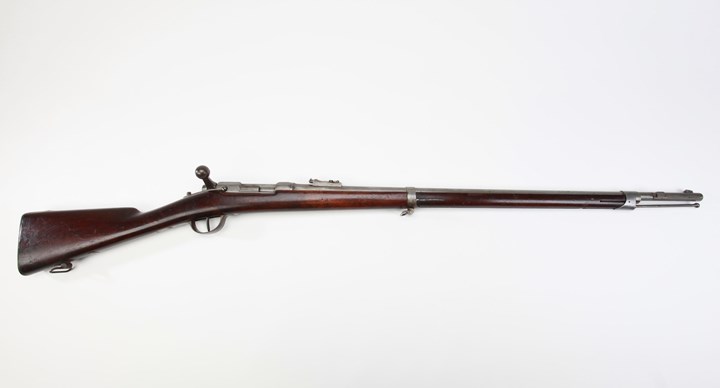 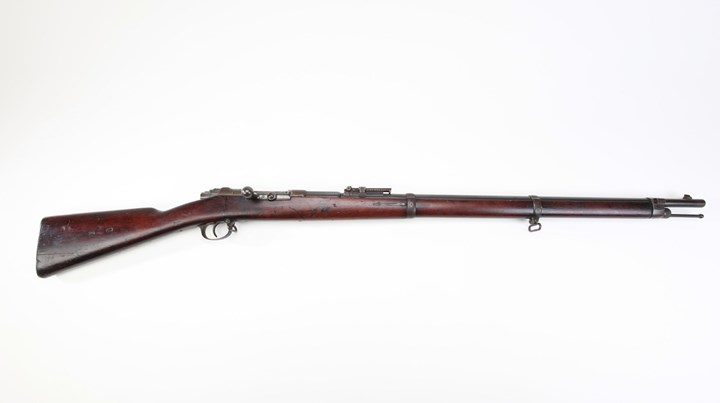 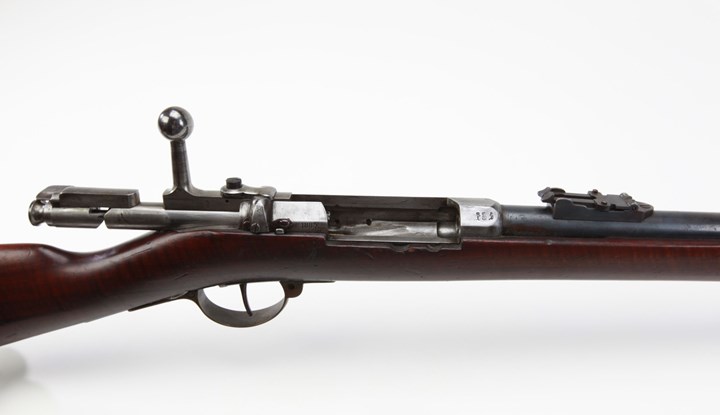 The double action system for revolvers had caught on faster in Europe than in the U.S. It was used for early pinfires, and for military handguns such as Britain's ugly but reliable and hell-for-stout Webley top-breaks in .455 caliber.

While the U.S. market was well satisfied with lever action repeating rifles, a different repeating mechanism gained favor with the armies of Europe.

When the switch to metallic cartridges began, many of Europe's early single shot rifles used a"bolt action" breechloading system. In bolt action rifles, a bolt handle extending from the breechblock is lifted up, unlocking the breechblock, and pulled to the rear, sliding the block back to allow a cartridge to be loaded into the chamber in the rear of the barrel. The bolt handle is pushed forward and then down, engaging locking lugs to hold the breechblock in place while the rifle is fired. Single shot bolt action rifles adopted by militaries included the Chassepot (France 1866), Vetterli (Switzerland 1869), Berdan (Russia 1870), Beaumont (Netherlands 1871), and the Mauser (Germany 1871). Of these, the seeds of greatness lay in the last, the invention of brothers Peter & Paul Mauser.

The earliest military bolt action repeating rifles used tubular magazines under the barrel, similar to the system on most American lever actions. The Portuguese Kropatschek in 1878 was among the first of this type. Mauser's tube mag repeater was first produced in 1884 as the German Model 1871/84.

Most of these early military cartridge rifles chambered cartridges similar to the U.S. .45-70 - a large heavy round-nosed bullet in the half-inch diameter range (10 to 12 mm), in a metallic case filled with a healthy charge of blackpowder. In 1885, smokeless powder was invented, and would lead to dramatic changes in firearms and ammunition design.