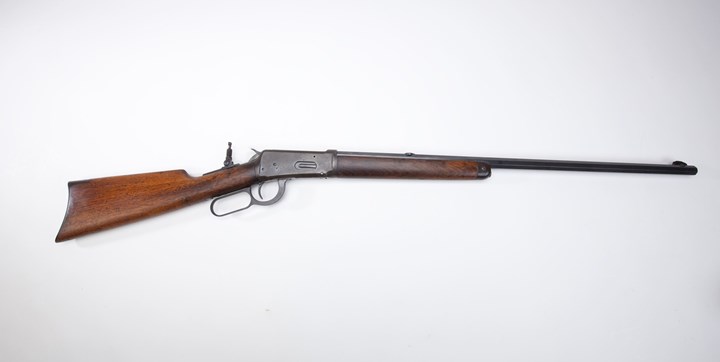 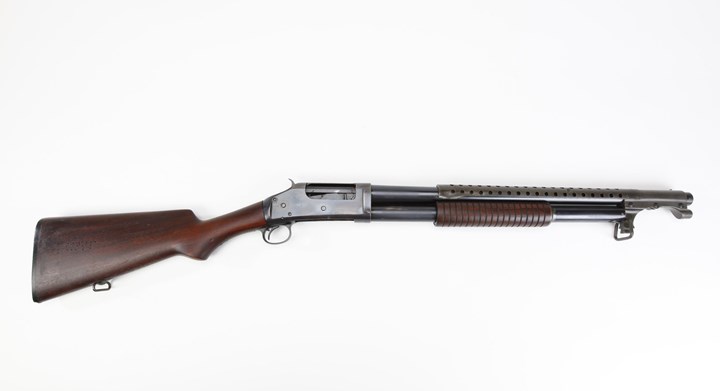 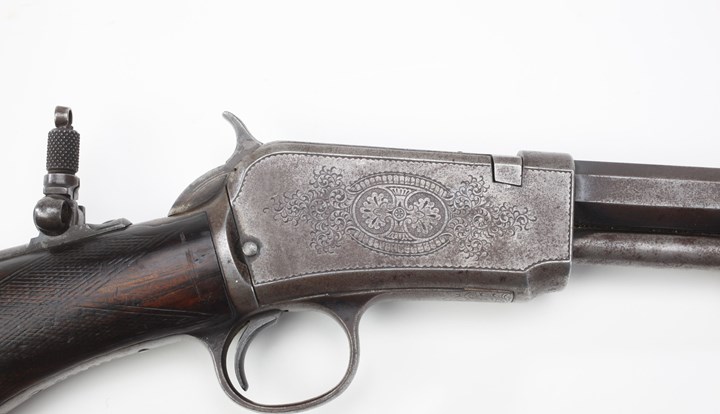 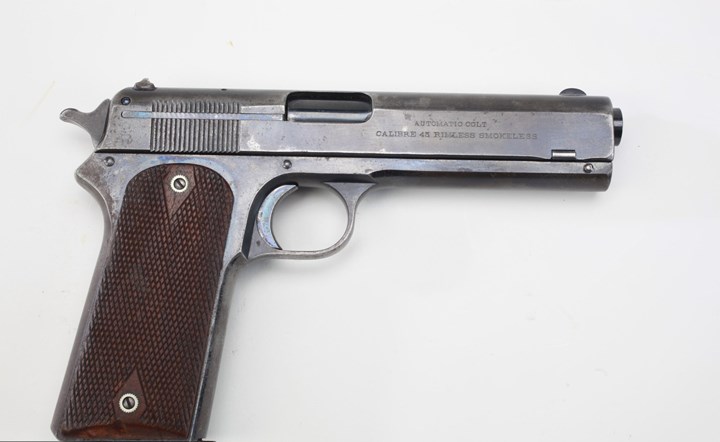 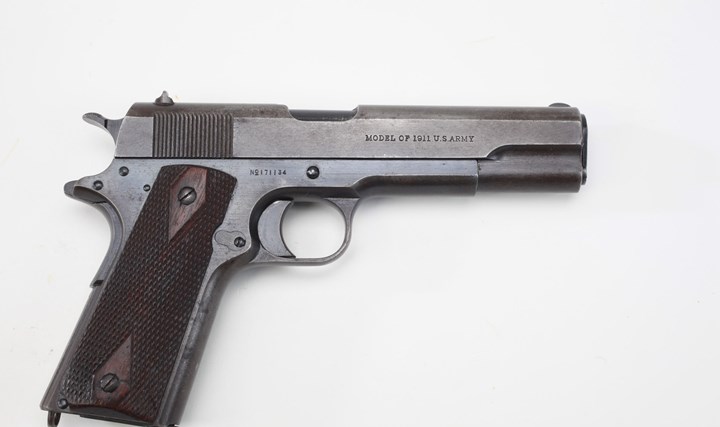 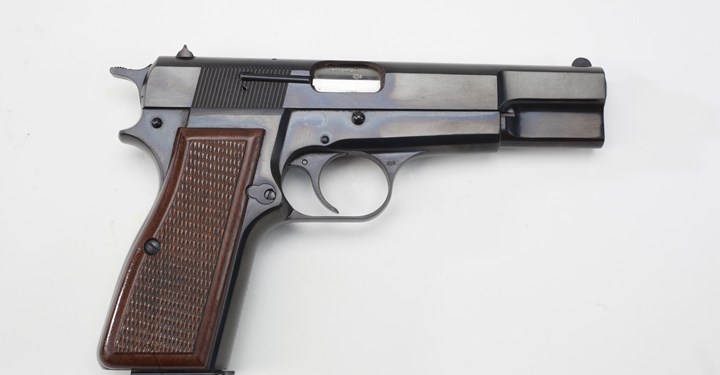 At this point the history of firearms, we must travel back across the Atlantic, and back a few years in time to track the career of probably the greatest firearms inventor of all time, John Moses Browning of Ogden, Utah.

We've already mentioned one of Browning's earliest designs, the Winchester 1885 Single Shot rifle. Others brought the Winchester lever action repeaters into the smokeless powder era, first with the slim and handy Model 1892; followed by the Model 1894 which, with its "thutty-thutty" (.30-30) cartridge, became America's classic deer rifle; and the Model 1895 whose box magazine allowed the chambering of true high-power smokeless rifle cartridges with spitzer bullets in a lever action repeater.

Browning was also responsible for some of the first repeating shotguns. Revolver based shotguns had been around since the Colt Paterson models of the 1840's, but had never caught on (probably because of he tendency of hot gases escaping from the cylinder gap to pepper the supporting hand with powder grains). Spencer Arms (of Civil War lever action rifle fame) had manufactured a moderately successful repeating pump or slide-action shotgun as early as 1882. As would befit the Winchester legacy, Browning's first design for that a repeating shotgun for that firm was a lever action, the Model 1887. This was followed by a pump action Model 1893, which would be modified to become highly successful Model 1897.

With a pump or slide-action firearm, the shooter pulls back on the wooden forearm and then pushes it forward to eject the empty shell and replace it with a loaded one. Browning had earlier applied the principal to a handy little .22 rifle for Winchester, the classic Model 1890, which remained popular for decades, happily employed in shooting galleries, by squirrel & rabbit hunters, and for all around "plinking."

It was in the area of automatic firearms, however, that Browning probably made his greatest advances. Auto-loaders use the part of the force of the firing cartridge to eject the empty casing and load a fresh round into the chamber. This may occur by direct or delayed blowback of the breechblock, by utilizing the recoil of the gun, or by redirecting some of the expanding gases of the burning gunpowder from the barrel to operate the action.

In 1900, the same year as the Luger was introduced, Colt first offered a Browning designed auto-loading pistol, the .38 caliber Model 1900 Automatic. Variations and improvements followed in rapid succession, with a smaller Hammerless .32 Pocket model in 1903, and a tiny vest pocket-sized .25 caliber pistol in 1908. Colt introduced the .45 ACP (Automatic Colt Pistol) cartridge in the Browning designed Model 1905.

This is the cartridge that would be chambered in the famous Model 1911. The 1911 was rapidly adopted by the U.S. military, and, only slightly modified over time, remained the primary U.S. issue sidearm through the Vietnam War. Colt and many other firms continue production of 1911 pattern pistols today, and they still serve military, law enforcement, and personal protection duty on a regular basis. It is the handgun of choice for many shooting sports that seek to simulate combat type shooting, and in accurized forms is dominant in many traditional target shooting sports. Its mastery requires effort, training, and practice, but in the right hands, many would argue that it is the finest combat handgun of all time.

While the 1911 may have been Browning's finest handgun design, his contributions did not end there. His final pistol design, the Model 1935, took advantage of the Luger's smaller diameter 9mm cartridge "double stacked" in two parallel columns in the detachable magazine for a total magazine capacity of 13 rounds (compared to 7 rounds in a 1911 mag). The 1935 is also known as the Browning High Power.

It's worth mentioning that most detachable magazine auto-loading pistols present a potential hazard for untrained individuals. It's easy to check whether most double action revolvers are loaded simply by swinging open the cylinder and looking. However, a person who is not familiar with firearms may assume that an auto-loading firearm is unloaded once the magazine has been removed. This is a potentially lethal mistake. An auto-loading pistol may still have a live round in the chamber after the magazine has been taken out. In most designs, this round will fire if the trigger is pulled, with the potential for tragic consequences.

Browning's auto-loading designs were not limited to handguns. His "humpback" Auto 5 shotgun was a tremendous success, popular still today, and has been made by Fabrique National, Remington, and Browning.