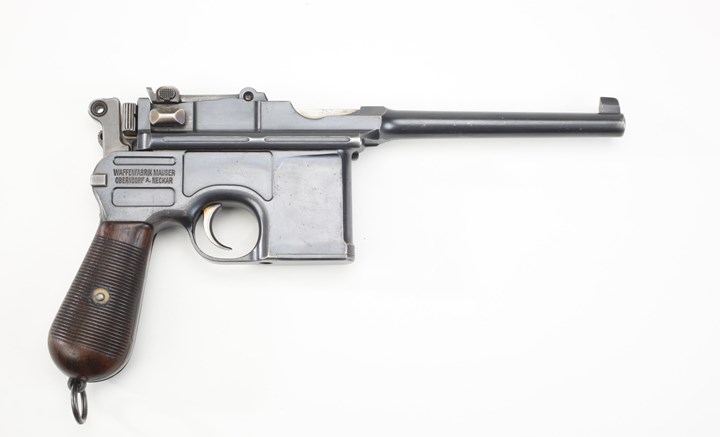 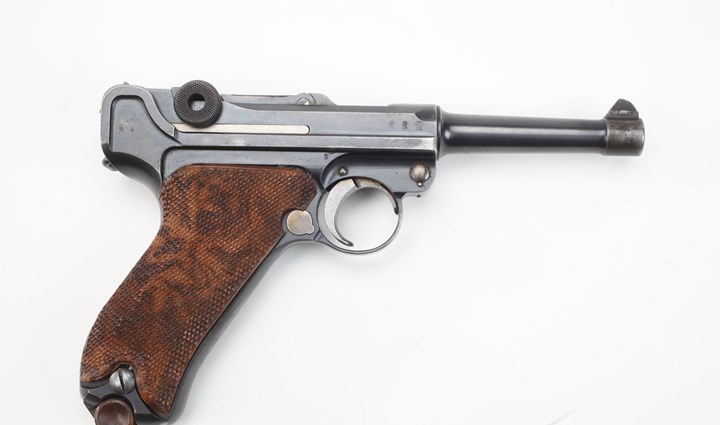 Another firearms design trend in Europe given a boost by the introduction of smokeless powder was the attempt to make automatic loading firearms. In general, gun designs to this point had relied on some mechanical action by the shooter to load a fresh cartridge into the firing chamber after the initial round had been fired, whether it was swiveling a lever; lifting, pulling, & pushing a bolt; or cocking the hammer or pulling the trigger to advance a revolver cylinder to the next chamber. Inventors sought a method whereby the loading of the next round would be accomplished automatically.

The first auto-loading pistol designs to see limited production were the German madeSchoenberger and Borchardt designs in 1893 & 94 respectively. A couple years later, in 1896, theMauser firm began manufacture of the first auto pistol to gain widespread acceptance, the Model 1896, nicknamed the Broomhandle for its slender oval cross-sectioned grip.

Germany continued its dominance in European firearms design when Georg Luger introduced his classic pistol in 1900. Whereas early automatics had used fixed box magazines, the Luger magazine mounted in the pistol's grip frame, was quickly detachable and easily replaced with a fresh magazine for a quick reload. Originally manufactured in 7.63 mm (.30 cal.), in 1909 it was adapted to a new, larger diameter cartridge, and the 9 mm Luger (or 9 mm Parabellum) round was destined to become possibly the most widely used centerfire pistol ammunition of the 20thCentury. The Luger was widely adopted as a military pistol by many countries, including Germany where it was designated the "Pistole 08" (P-08) for the year it was first purchased, where it served through both World Wars. Its distinctive profile is widely recognized, and may be identified as "graceful" or "sinister," depending on the eye of the beholder and how many Grade B "Ve haff vays of mekking you tokk" war movies he has seen.