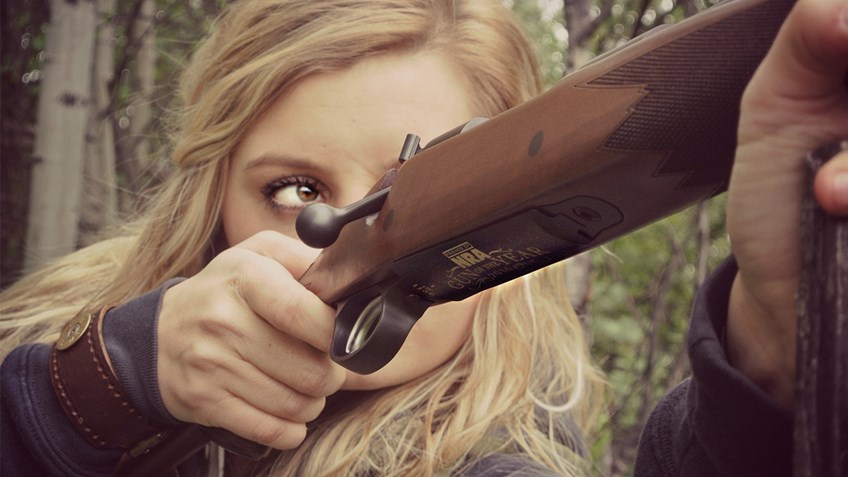 More
SUBSCRIBE
Women are quickly taking over the world of shooting sports (not sorry fellas!). You can see them plinking on the range, dominating shooting competitions, and out in the field taking down big game. Female shooters are closing the gender gap of the firearms and outdoors industry and IT. IS. AWESOME!

So when I came across The Extreme Huntress™ Competition, I just had to share it.
“By preserving our outdoor heritage for future generations, we ultimately create more conservation stewards for wildlife and their habitat.”
Extreme Huntress is a competition that’s goal is to create positive role models for women who want to participate in hunting.

The competition consists of 26 online episodes in which viewers join the huntresses on challenges, hunts, and interviews. After each episode, viewers can vote online for their favorite to win!

Currently, two NRA supporters are semi-finalists in the competition: Sereena Thompson of Southern Oregon and Taylor Shea Reisbeck of Helena, Montanta (who is also the proud new owner of the Friends of NRA Gun of the Year).